President Obama is an Idiot

What kind of political idiot would pick a fight with the Little Sisters of the Poor?

Our president, that’s who.

The Little Sisters of the Poor had their day in court yesterday. Arrayed against them were the forces of the President of the United States and his Justice Department.

I have no words for this stupidity. Even if the President wins this fight, he loses. It defies political logic.

From the Becket Fund:

Sr. Loraine Marie Maguire, Mother Provincial of the Little Sisters of the Poor:

But now the government demands we choose between our care for the elderly poor and our faith.  We cannot do that and we should not have to.  It is a choice that violates our nation’s historic commitment to ensure that people from diverse faiths can freely follow God’s calling in their lives. But the government forces us to either violate our conscience or take millions of dollars that we raise by begging for the care of the elderly poor and instead pay fines to the IRS.

We are not seeking special privileges.  The government exempts huge corporations, small businesses, and other religious ministries from what they are imposing on us–we are simply asking to carry on our mission to serve the elderly poor as we have always done for 175 years.

We are thankful that the court has heard our case and for the work of the Becket Fund, and we prayerfully await the judges’ decision.

The following statement can be attributed to Mark Rienzi, Senior Counsel of the Becket Fund for Religious Liberty and lead attorney for the Little Sisters of the Poor:

A year after losing at the Supreme Court, the government’s aggressive pursuit of the Little Sisters of the Poor continues. Untold millions of people have managed to get contraceptives without the involvement of nuns.  The idea that the most powerful government in the world cannot come up with a way to distribute these products without forcing the Little Sisters to participate is ridiculous. 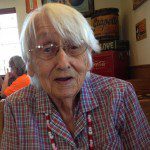 More Stats from The Pillar
The Pillar reports this afternoon: . . . after a review of...
view all Catholic blogs
What Are Your Thoughts?leave a comment

52 responses to “President Obama is an Idiot”