The United States Senate is finally going to vote on a bill they claim will help sex trafficking victims.

No monies will go to shelters for sex trafficking victims. All the $$ will go to law enforcement and health care facilities.

What that means, is that sex trafficking victims can get their almighty abortions, but they will not have a place to sleep afterwards. Or, if they do have place to sleep, it will be provided by sources other than those in this bill.

The bill in question is the much-debated and long-delayed bill that would create a fund for sex trafficking victims from fines and other monies accrued by enforcement of existing sex trafficking laws. What victims may get out of the bill is more money for law enforcement to actually enforce existing laws.

That’s good news, since one of the things I’ve dealt with here in Oklahoma is a reluctance on the part of our state law enforcement agency (as opposed to local law enforcement, which has been much better) to follow the sex trafficking laws we’ve passed. They say that enforcing these laws would cost them too much money.

The monies in the bill slotted for health care will go through what amounts to a shell game of  transferring the money into one fund and then paying it out of another fund. That way, the money used to fund this bill will be “government” money rather than “private” money.

This is to avoid the appearance of using “private” monies, i.e. fines. This money will go to health care where it will be dispersed according to existing laws concerning abortion.

At this point, the debate gets a bit muddy, with both sides claiming victory. The Rs say that the shell game monies will be disbursed according to existing Hyde amendment restrictions, and the Ds say that they stopped an expansion of the Hyde Amendment into private monies. Both sides are doing a victory dance and engaging in mutual catcalling.

The truth is that existing health care monies, when they are disbursed at the state level, are used for abortions for just about any reason. The definitions are wide enough to allow medical practitioners to do any abortion at any time during pregnancy that they wish. If this bill puts these monies under existing law, the same thing will happen with them.

What was needed to stop this was to use definitions that have kept pace with realities. Shifting monies from one fund to another was just a doo-dah the senators did with one another so that everybody could claim victory.

The bottom line: The Ds won and everybody, including both sides’ political backers, gets a fund-raising letter and a campaign speech out it. The bill will pay for abortions.

What it will not do is help sex trafficking victims get back on their feet and rejoin society. Law enforcement is not a social service agency. Their job is to enforce the law, not care for victims. If shelters are available, they are very relieved to place victims there. But if there are no shelters, the only option they have is to put the victims in prison.

The games that get played through the criminal justice process actually serve to create additional trauma for victims, who are often from outside this country and not only do not speak the language, they do not understand the society. The court process is often deeply damaging to rape victims who are American citizens. This damage is far worse for foreign nationals who have been brought here as slaves and subjected to long-term abuse, terror and repeated violations of their humanity by being sold over and over for sex use.

If some of this money ends up being used to provide protection for sex trafficking victims, that would be good. Traffickers have a lot of motivation to kill potential witnesses who can put them in prison. The only real protection these women have now is that they are hidden.

Medical care, while it’s necessary, is the smallest part of the equation to getting these women back on their feet. They need housing, clothing, food, counseling, spiritual help (It’s astonishing how many of them ask for a priest or preacher when they enter a shelter where they feel safe to do so.) and most of all, love. They need stability over a period of time. They also often need vocational training and help with employment.

The shelter I’m affiliated with makes a two-year commitment to each woman they take. This is really a minimum to get them on their feet again. It is absolutely necessary for their healing.

This bill isn’t going to do much to actually help trafficking victims. If it’s not properly monitored, the monies will never benefit a single victim, but will be poured out, like water on sand, into the larger budgets of the agencies to which it is going. The one thing we can know is that the Ds and the Rs have made sure that at least some of this money will go to the abortion industry.

I am disgusted to the core with people who put abortion ahead of women, and who Do. Not. Care. About. Women. except for to make sure they get abortions.

The feminist movement once proclaimed that women were more than their reproductive organs. When did they forget that? 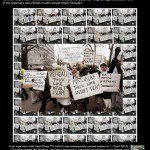 April 20, 2015
ISIS Releases Video of Themselves Murdering 30 Christians by Shooting and Beheading Them
Next Post 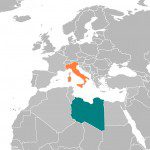