How Did Those People Get Invited to the WH Reception for Pope Francis?

How Did Those People Get Invited to the WH Reception for Pope Francis? September 18, 2015 Rebecca Hamilton

The story is out there, circling the internet. It goes something like this: President Obama has invited a trove of dissenting Catholics and critics of Catholic teaching to the White House reception for Pope Francis.

I delayed writing about it because I couldn’t track it back to the original source. I wasn’t able to get an official list of invitees. The internet sources I found linked to one another in a circular fashion.

Then, I stumbled across the GLAAD site. GLAAD is, among other things, a gay rights media watch dog. I don’t know if the White House issued any individual invitations to the reception. But it appears that they issued a sort of group invitation to GLAAD which allowed GLAAD to issue their own invitations to people of their choice.

GLAAD invited their own Director and Executive Director. They also invited — get ready for this now — Sister Jeanine Gramick.

Sr Gramick’s ministry to homosexual people, as well as her books, have made her a famous dissident in the Church. She was  instructed by the Congregation on Doctrine and the Faith that she was teaching things that were in contradiction to Catholic teaching and that were “erroneous and dangerous” to souls and to stop both the ministry and her writing. In addition to defying the Church on homosexuality, Sister Gramick also petitioned President Obama to repeal the Hyde Amendment and allow direct federal funding for abortions.

It appears that the White House reception for Pope Francis will host a number of questionable invitees. Some of them are, like Sr Gramick, in rebellion against the Church. Others, such as Episcopalian Bishop Gene Robinson, who was the first sexually active gay Episcopalian bishop, are not Catholic, but merely notorious for living a lifestyle that affronts Catholic teaching.

I’m not going to give you a laundry list of questionable guests to the White House reception for the pope. I can’t verify all of them. I think a lot of them were invited through this process of first inviting controversial groups who are known to be in disagreement with the Church and giving them the power to invite others. That makes tracking it back like unraveling a spider’s web. It’s further complicated by the fact that most of these organization will keep their actions private. In short: We may never know who was invited, or by whom.

None of this excuses the White House for this inhospitable behavior. They knew this would happen when they chose groups like GLAAD in the first place.

I’m not outraged by this. President Obama’s attitude toward Christians in general and the Catholic Church, in particular, has pushed my outrage button so many times that the poor thing is almost worn out.

What I am is embarrassed. This discourtesy toward the Holy Father is not just the boorishness of one rude man toward his guest. It is the discourtesy of the United States Government toward the leader of the largest Church in the world.

There is only one pope, and the position of leadership that he occupies is unique. He is the spiritual and moral leader of a billion and a quarter people, one seventh of the world’s population. His leadership crosses every border, reaches into every culture and clime. From dateline to dateline, pole to pole, the Catholic Church is there.

No other leader on this planet approaches the scope and reach of the leadership exercised by this humble man in white.

I would like to be proud of the way my country conducts itself when it welcomes the Pope to these shores. I want the president to demonstrate the genuine warmth and open-hearted kindness of the good people of these United States of America.

We are not a bunch of idiot rubes who put our most divisive and oafish foot forward by inviting people to meet the pope when we know those people’s presence will create controversy. That is not American hospitality. It is President Obama’s inability or unwillingness to put his petty political concerns aside for one day and be the host in chief.

There are many homosexuals who are also faithful and devout Catholics. The president should have invited a few of them. If he doesn’t know any, he should have asked me. I know several. There is no reason — none — to go in-your-face with this important guest to our country by inviting people who have publicly engaged in flame-throwing against the Church.

I am left to wonder; When Pope Francis visits Cuba, will Fidel Castro, this atheist communist, end up treating him with more respect that our American president?

For more thoughts on this issue, check out Elizabeth Scalia over at Aleteia, and John White at Catholic Vote. 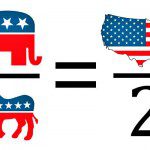 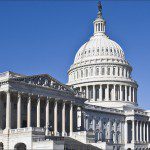 September 18, 2015 House Votes to Defund Planned Parenthood. What Happens Next?
Recent Comments
66 Comments | Leave a Comment
Browse Our Archives
get the latest from
Public Catholic
Sign up for our newsletter
POPULAR AT PATHEOS Catholic
1

66 responses to “How Did Those People Get Invited to the WH Reception for Pope Francis?”