What Do You Put on the Altar of Your Heart?

What Do You Put on the Altar of Your Heart? September 17, 2015 Rebecca Hamilton

Pro life people must not confine their pro life thinking to the tiny intellectual boxes created by the two major political parties.

The Democrats and the Republicans have created this silo mentally for their own self-serving purposes. It does not benefit the cause of the sanctity of human life. It can actually harm it.

I wrote about this for the National Catholic Register.

Here is part of what I said:

My Grandmother used to say, “That’s like a choice between hanging and a firing squad.”

As people settled into a discursive back and forth, it became obvious that they thought being pro-life in the political sense does not mean protecting human life from conception to natural death. Rather, it means choosing whether to kill the child with abortion or to deny the child the basics of life after birth. It’s as if Satan himself set up the choices for pro-life people, which, in a way, is what has happened. 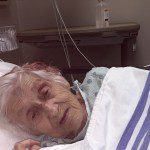 September 18, 2015 How Did Those People Get Invited to the WH Reception for Pope Francis?
Recent Comments
5 Comments | Leave a Comment
Browse Our Archives
get the latest from
Public Catholic
Sign up for our newsletter
POPULAR AT PATHEOS Catholic
1

A look at Catholic Parler
Until recently, I had not been interested in downloading and signing up...
view all Catholic blogs
What Are Your Thoughts?leave a comment

5 responses to “What Do You Put on the Altar of Your Heart?”