A Few Catholic Priests Go Full Frontal Oggidy-Bogiddity. They are Creating Stumbling Blocks for the Faithful.

It is inevitable that stumbling blocks come,

but woe to him through whom they come. Jesus Christ.

It had to happen. The lure of things that go bump in the night runs strong in humankind. I believe — don’t know, just believe — that we are all born with supernatural receivers that are supposed to be tuned to God, were tuned to God before the Fall, and I would guess, will be tuned to Him once again after the Second Coming.

But in the meantime, we have these twitchy antennae that are blunted and scrambled by sin. We pick up rustlings from the spiritual world, both from the Good and the evil. We feel, hear and sometimes almost see things that go bump in the night.

Whenever a big and terrible event comes along — it can be war, famine, plague or any other disaster that frightens us and fixes our attention on itself — a certain percentage of us go oggididity-boogiddity. You can count on it. It will happen.

Certain preachers and clergy of various sorts specialize in playing to the twitches we feel from our blunted and battered spiritual antennae. They spend their careers preaching and teaching a flamboyant and largely apocryphal Christian oogiddity-boogiddity.

Their lifetime of preachifying is built around their own peculiar interpretations of the book of Revelations and a few verses written by St Paul. Their flocks groove on this stuff. It can be difficult to engage a real-rockin’-and-rollin’ oogiddity-boogiddity Christian in any other topic of conversation.

They allow their oogiddity-boogiddity speculations and imaginings to overcome what they know and can prove. It was inevitable that oogiddity-boogiddity would come out during this pandemic. Given that the President of the United States is deliberately keeping us confused and fighting with one another with his continuous lying, it’s amazing that it’s not worse.

I don’t follow them, but I would guess that the dedicated oogiddity-boogiddity preachers have been busily churning out all sorts of fanciful applications of Scripture to this pandemic. I know for a fact that politically-motivated religios have been working overtime to apply Trump-worship interpretations to their version of God-is-cursing-us “teachings.”

Most Catholic priests are doing a stellar job during this time. But a smattering of Catholic priests, including one linked to the Vatican, have decided to step up with their version of God-loves-Trump-and-hates-Pope-Francis political oogiddity-boogiddity.

According to them, this pandemic is God’s punishment on all of us because there were pieces of indigenous art — “pachima dolls” — at the Vatican.  These priests gaze into their crystal balls and see the devil at work in temporarily stopping public mass to save lives.

They turn around and hyper people into a frenzy who are already facing a pandemic and an economic meltdown because … well … you tell me why. I don’t see why any responsible person in a leadership position would behave like this. I do see that the internet, especially Facebook, gives them the megaphone they need to spread their destructive “teaching” far and wide.

The ignorant and stupid among the Catholic faithful are eating this up like ice cream. It feeds their self-righteousness, ramps up their Trump worship, and sets their superstitious nerve ends a-jangle. I’m sure the rest of us will be deleting their idiotic comments and wild accusations from our comboxes for the next few days.

I’m not qualified to try to answer these priests. I’m not a professional apologist and I don’t want to be. My colleague and friend Dave Armstrong does a better job of that than I ever could. I’m just a South Oklahoma City granny with an attitude.

My attitude right now is that these oogiddity-boogiddity priests need to stop creating sensations and follow Jesus. They are doing a lot of harm to the people they claim they shepherd.

They need to get their heads out of whatever bodily orifice they are in and re-learn Scripture and Church teaching. Teaching superstition instead of the Truth of Christ is the opposite of their job.

They are making themselves a stumbling block to the people of God. They need to stop it. 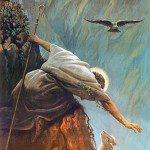 April 13, 2020
Have You Felt the Power of the Virtual Eucharist?
Next Post 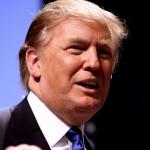 April 14, 2020 The President Wanted to Kill Granny for the DOW. I Won't Forget That.
Browse Our Archives
get the latest from
Public Catholic
Sign up for our newsletter
POPULAR AT PATHEOS Catholic
1

Catholic
Our Churches are Re-Opening. Respond with Love and...
Public Catholic
TRENDING AT PATHEOS Catholic

An Autistic Mental Breakdown Doesn't Excuse Shooting a...
In Salt Lake City, a 13-year-old autistic boy had a mental breakdown....

Eco-Fascism Exists Across the Political Spectrum and Must...
Eco-Fascism is an extremist ideology, originating on the Far Right, which lays...
view all Catholic blogs
Copyright 2008-2020, Patheos. All rights reserved.