Republican Motto: Debt Forgiveness for Me, But Not for Thee. 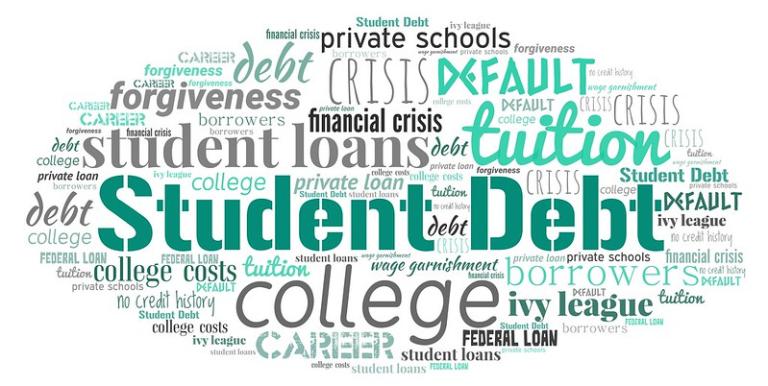 Republican reaction to President Biden’s very limited bail-out of the millions of young Americans struggling to build their lives under a crippling weight of student loan debt ended up being something of an expose of the Republicans themselves.

The Republican Party has a record going back decades of opposing anything — and I mean any single thing — that helps We the People. They oppose, and have the votes and the speechifying to prove that they oppose, spending any part of the taxpayer’s money on the taxpayers

They oppose any measure, no matter how much it would help We the People, or how much not doing it would hurt us, that benefits the people of this country. They’ve blocked and fought every effort to build roads, develop public transportation or support the American infrastructure. They have successfully blocked allowing the government to spend money on building this country for decades.

When President Biden successfully — almost miraculously — passed a recent bill to develop America’s infrastructure, every single Republican voted against it.

Republicans have drained money from public schools for decades. Here in Oklahoma, once Republicans took control of state politics, they began closing schools, firing teachers and transferring public school money into the coffers of “privatized” schools and church schools run by their whore clergy.

Republicans claim they are the “party of life” but they voted unanimously against mandatory paid maternity leave, health care, equal pay and a living wage, all of which would help mothers chose life for their babies. Here in Oklahoma, Republicans killed a bill that I authored which would have allowed pregnant women to go to their doctors and rape victims to go to court if they needed to without being fired.

“Pro life” Republicans also killed the $35 cap on insulin. I personally know people with diabetes who are unable to afford insulin and whose health has been ravaged because of it. Republicans killed people with this vote; killed them directly, deliberately and with full knowledge of what they were doing.

You can talk about it all day long, but Republicans are not pro life. They don’t have a single issue to bring to the American people about what they want to do for this country. All I’ve heard from them for months now is how they’re going to “investigate” their political opponents and who they’re going to get even with if they take over Congress in November. Using the power of government to engage in spite and petty vengeance appears to be their whole platform.

The level of hypocritical disregard for the welfare of the people of this country reached a surprising crescendo this week when President Biden announced a student loan forgiveness ranging between $10,000 and $20,000. The entire Republican media/elected official/religious whore machinery came out swinging against every young person who used student loans to get an education and build a life and is now trying to start a family in this country.

I saw comments from the likes of Tucker Carlson with his net worth of $420 million and base salary of $33 million a year, who called America’s young adults with student debt  “drug addicted robots with no job prospects.”

The “catholic” apostolates, media and ministries who are financed by right wing money piled on in a predictable fashion. They strained out gnats and swallowed camels trying to show how forgiveness of this debt was immoral and against Catholic teaching as interpreted and edited by them on behalf of their greedy financial backers. Their Protestant whore brethren joined in with them.

At the same time, Republican elected officials, YouTubers and bloggers out did themselves in attacking America’s young, college-educated men and women. They called these young adults everything but decent human beings. They ignored the effects on them and on the future of this country by of the life-crippling burden of debt imposed on them because they wanted an education in America’s school system.

Notice, I used the word “greed.” I used it because “greed” is the operative motivation behind all this hysterical carrying on by outraged millionaire talking heads, phony-baloney pretend professional Christians and Republican puppet politicians. Every single one of these people has one important thing in common with all the rest of these people: They are where they are because they have sold their souls to a small group of fascist billionaires who are trying to use them to destroy our democracy so that they can transfer the entire treasury of the United States of America into their own hands.

Every one of these talking heads, fake religious leaders, and puppet politicians is funded and owned by people whose only goal is to carry home very dollar in this country to their own bank accounts. Not one of these people is capable of speaking the truth about anything. If one of them should suddenly grow a conscience and start preaching the actual Gospel, or reporting the truth or enacting legislation that would grow this country and build its people, the billionaires who own them would destroy them.

The comedy of this particular bit of wailing and moaning and fevered outrage over the student loan forgiveness is that the vast majority of these people got PPP loans from the government and — get ready for this — they got their PPP loans “forgiven.”

PPP loans were created during the worst of the COVID pandemic to keep small businesses from going under. They were supposed to help mom and pop businesses survive the liquidity crunch of the pandemic. I think they saved the livelihoods of a lot of people.

However, the Republican Senate installed the grift in the legislation that allowed the rich boys, the whore clergy and all the rest of the grifters to belly up to the bar as well. Remember, the PPP loans passed when Trump was president and Republicans controlled the Senate. I read one article saying that Marco Rubio was the senator who actually authored this deal, but it was all the Republicans in the Senate who made it law.

The griftiest part of the grift was that these big boys got their loans “forgiven” later. I don’t mean part of the loan the way that Biden is forgiven part of student debt. I mean all of it, including the very minimal interest was “forgiven.”

It turns out that the same people who are yelling and screaming and foaming at the mouth because America’s young people might actually have a bit of the student debt which is keeping them from getting married, having children, buying a home and living their lives lifted off them got literally billions of dollars of debt forgiven for themselves. I’m not talking about the same group of people. I mean the same exact individual people shooting off their mouths about a $10,000 debt forgiveness for people who can’t afford to buy a house got millions of dollars of their own debt that they didn’t even need in the first place forgiven.

Student loans are for going to school. They are for giving people a hope and a future. The $20,000 forgiveness is for people who got Pell grants. I know people who went to college on Pell Grants. They were poor kids. I mean poor kids. Without those grants and those loans they would have had no hope of living the American dream.

If they end up saddled with so much student debt that they can’t move forward with their lives, they still don’t have any hope.

Republicans attack public schools, refuse to provide health care, have destroyed wages, block any public support for ordinary people. They make it so that the jobs out there won’t pay for the student debt.

The only bright spot on all this is that they got called on their hypocrisy this week. A lot of people took to Twitter and posted the huge amounts of money the sanctimonious attackers on student debt forgiveness had been forgiven themselves.

For once, they got called out for what they are. Let’s hope it happens again and again. 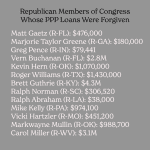 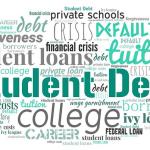 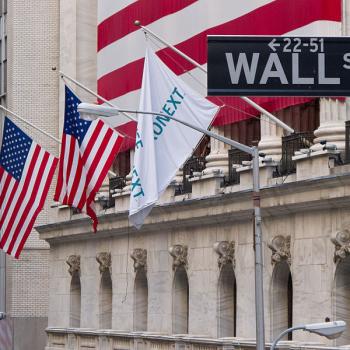 Catholic
What's all this talk about the “yield curve”...
Public Catholic