Demythicizing the Myth of Economism. 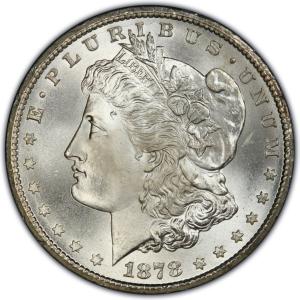 Resistance to economism is like fighting Goliath with only two small stones in a sling. It seems hopeless. Hopeless or not, here we will carefully select two stones to attack the giant. We will select demythicization — also called “myth-busting”– plus the common good and then sling them toward the monster.

The Goliath in our contemporary situation is economism. The enemy is not the Philistine. The enemy is ourselves. We the human race, befuddled and staggering toward ecocide, are our own enemy. We tacitly hire the mercenary giant, economism, to protect us with a rhetorical opiate that calms our fears and lulls us into a painless self-obliteration.

This rhetorical opiate is not just happenstance. It’s deliberate. Simon Johnson at MIT’s Sloan School of Management makes clear that economics is no longer merely a science. Rather, economic knowledge provides the “raw material for a deliberately created ideology and a powerful belief system” that favors the rich at the expense of the poor (Kwak, 2017, Foreword). This powerful belief system–which we will identify interchangeably as a myth, a religion, or the church of economism–is what we’re after with myth-busting in this Patheos newsletter series.

This is the second post of the series on the Common Good. In the first post, I recommended some organizations dedicated to common good governing. In this and the next two posts, we will engage in myth-busting.

In principle, the theologian and the economist should share a concern for inequality and injustice. “Economists and theologians share a concern about social justice; about material well-being for all people and an elimination of poverty,” says hybrid economist ‘n’ theologian Mary Hirschfeld. But, what if the economist attends the church of economism? What if helping the poor is against the tenets of the religion of economism?

The First Stone: Myth-Busting the Myth of Economism

The first stone is analytical, a demand for transparency. Through discourse clarification we will decorticate economic rhetoric in order to expose its hidden religiosity and dangerous idolatry. Our method: demythicization. Also known as myth-busting.

Economist James Kwak would not appeal to theology to help him understand our situation. “Appeals to Christian theology or evolutionary necessity are unlikely to be convincing today”(Kwak, 2017, 5). Despite Kwak’s demure, we will still ask the public theologian to aid in our understanding through discourse clarification.

In pursuit of discourse clarification, I will analyze economism and show how it functions as a myth.[1] Whether we admit it or not, the myth of economism has become an invisible religion for modern society, eliciting within our minds a false consciousness. Regrettably, this myth provides cultural justification for human economic injustice along with environmental neglect. To make visible what is virtually invisible, I will rely on the detailed work of eco-economist Richard Norgaard along with process theologian John Cobb to parse the tenets of the neo-liberal doctrines which constitute the myth of free market capitalism.

Some tenets of this myth are demonstrably incompatible with the Christian emphasis on neighbor-love. Worse, these tenets when put into action risk not only economic injustice but self-destruction through ecocide.

The Second Stone: The Common Good

This brings us to the second stone to be slung at Goliath. That second stone is a positive proposal, namely, that we construct a worldview oriented around the common good. The valuable values within economism—industriousness, technological progress, economic growth, and such—should be reoriented to serve a vision of a just, sustainable, participatory, and planetary society.[2]

Jesus said, “You cannot serve God and mammon” (Matt 6:24 NKJV). Progressive activist Sharon Delgado remarks: this makes it “clear that even in his day people were tempted to serve money as an idol rather than treating it simply as a medium of exchange” (Delgado 2022, 149). Economism is one form in which coveting money leads not only to idolatry but to self-destruction. Therefore, understanding economism, becomes urgent.

These two–demythicizing economism combined with lifting up a vision of the common good–belong in the sling shot of a public theology that incorporates eschatological political theology partnered with prophetic activism (Peters, Public Theology: Its Pastoral, Apologetic, Scientific, Political, and Prophetic Tasks 2018).[3]  “Political theology calls on the church to think politically,” writes percipient theologian John Cobb. “This entails understanding itself and its thought in the concrete socio-historical situation perceived on a global scale” (Cobb 1982, 83).

I incorporate this dimension of political theology within a more comprehensive public theology. Regarding public theology, three methodological points are relevant. First, regarding publics, I largely follow David Tracy by advocating that public theology be conceived in the church, critically reflected on in the academy, and offered to the wider culture for the sake of the common good (Tracy 1981, 3).[4]

Third, prophetic activism resists existing provisional systems when they idolatrously demand final allegiance. “Prophetic activism,” avers Helen Slessarev-Jamir, “is fundamentally concerned with the well-being of the marginalized…A person’s well-being is fundamentally determined by their access to basic human rights, which rest on a universal understanding of the dignity of all human beings” (Slessarev-Jamir 2011, 8), Justice embedded in the common good provides the norm.

As previously introduced, our methodological home here will be public theology. Within the frame of a public theology buttressed by eschatological political theology coupled with prophetic activism for the sake of Planet Earth, I plan to pose two ethical questions that are difficult to ask within the mythically structured language of economism: (1) should the rich help the poor? (2) does a vision of the common good compel a human response that could save our planet’s life-supporting fecundity?[6] In sum, as a public theologian I plan to sling two stones toward the Goliath, economism, and try to precipitate a revolution, or at least a reformation.

Next in this series of myth-busting economism on behalf of common good governance, we will sling the analytical stone. Through discourse clarification, I will try to decorticate the shell of economic rhetoric to make transparent its mythical or even religious core.

Ted Peters is a Lutheran pastor and emeritus seminary professor, teaching theology and ethics. He is author of Short Prayers  and The Cosmic Self. His one volume systematic theology is now in its 3rd edition, God—The World’s Future (Fortress 2015). His book, God in Cosmic History, traces the rise of the Axial religions 2500 years ago. He has undertaken a thorough examination of the sin-and-grace dialectic in two works, Sin: Radical Evil in Soul and Society (Eerdmans 1994) and Sin Boldly! (Fortress 2015). Watch for his forthcoming, The Voice of Christian Public Theology (ATF 2022). See his website: TedsTimelyTake.com.

[1] Wikipedia tells us that the term, economism, is often used to “criticize economics” as an ideology in which supply and demand are the only important factors in decisions and outstrip or permit ignoring all other factors. It is believed to be a side effect of neoclassical economics and blind faith in an “invisible hand” or laissez-faire means of making decisions, extended far beyond controlled and regulated markets and used to make political and military decisions. As such, conventional ethics would play no role in decisions under pure economism, except insofar as supply would be withheld, demand curtailed, by moral choices of individuals. If this description of economism is accurate, it alarms ethicists. [2] Elsewhere I have argued that we earthlings should think of the Milky Way as a galactic common good (Peters 2018). In this treatment, advancing to a terrestrial common good inclusive of all humanity embedded within the ecosphere will suffice. [3] “Public theology in a postcolonial frame of reference can be undertaken by a critical analysis of the economic, political, and cultural development linked to ecological degradation” (Chung 2016, 199-200), writes Paul Chung. [4] Hak Joon Lee delivers marching orders: public theology “reminds secularism of the religious foundation of human existence and civilization, while assisting in channeling religious passion and energy constructively to the common task of justice and peace” (Lee 2015, 63) . [5] “When the Church is faced with the modern political systems,” observes Johannes Metz, “she must emphasize her critical, liberating function again and again, to make clear that [human] history as a whole stands under God’s eschatological proviso” (Metz 1969, 118), says theologian of hope, Johannes B. Metz. Eschatological political theologies based on visions of hope exploded in the 1960s in Europe with the Theology of Hope and in Latin America with liberation theology. These more aggressive social transformers appear to be has-beens, at least according to the new political theologians. “Political theology is dominated by and even assumed to be Christian discourse. At least, it was” (Clague 2011, 646), according to Julie Clague. [6] The annual Earth Day tradition began April 22, 1970. The threshold of scientific ecology was crossed in 1972 with Donella H. Meadows, et.al., The Limits to Growth (New York: Universe Books, 1972). The concept of eco-feminism was formulated in France in 1972. In the United States, Susan Griffin introduced eco-feminism in her 1978 work, Woman and Nature (New York: Open Road, 1978). By 1980, Richard Norgaard’s Berkeley colleague, Carolyn Merchant, had published her landmark book, The Death of Nature. Merchant hints at the idolatrous role of economism with her term, “reverence,” in this work. “Both the women’s movement and the ecology movement are sharply critical of the costs of competition, aggression, and domination arising from the market economy’s modus operandi in nature and society. Ecology has been a subversive science in its criticism of the consequences of uncontrolled growth associated with capitalism, technology, and progress–concepts that over the last two hundred years have been treated with reverence in Western culture” (Merchant 1980, xvi).

Delgado, Sharon. 2022. The Cross in the Midst of Creation. Minneapolis MN: Fortress.

About Ted Peters
Ted Peters is a Lutheran pastor and emeritus seminary professor, teaching theology and ethics. He is author of Short Prayers  and The Cosmic Self. His one volume systematic theology is now in its 3rd edition, God—The World’s Future (Fortress 2015). His book, God in Cosmic History, traces the rise of the Axial religions 2500 years ago. He has undertaken a thorough examination of the sin-and-grace dialectic in two works, Sin: Radical Evil in Soul and Society (Eerdmans 1994) and Sin Boldly! (Fortress 2015). Watch for his forthcoming, The Voice of Christian Public Theology (ATF 2022). See his website: TedsTimelyTake.com. Ted Peters’ fictional series of espionage thrillers features Leona Foxx, a hybrid woman who is both a spy and a parish pastor. ▓ You can read more about the author here.
Previous Post

August 1, 2022
What is Truth in Science and Theology? Part Two
Next Post 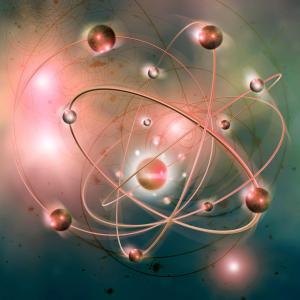 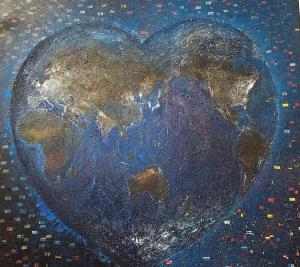 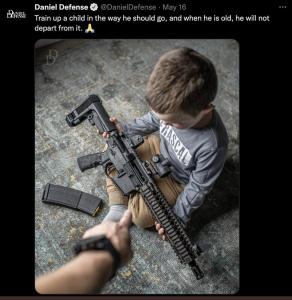 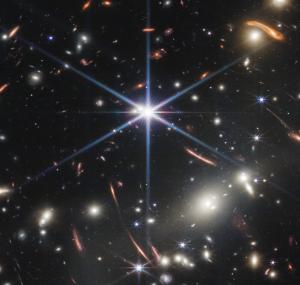 How Many Disciples Did Christ Have & Who...
Christ chose 12 ordinary Jewish men to leave their old lives behind...
view all Progressive Christian blogs
Copyright 2008-2021, Patheos. All rights reserved.
Close Ad