Nightcrawler: Here’s Why This Neo-Noir Thriller Is So Creepy

Writer/director Dan Gilroy gives us a hint of what he wanted to convey through the creepy underworld of Nightcrawler. He told The Hollywood Reporter:

I think to some degree it’s certainly an indictment of local television news, but I’d like to cast a wider net in the sense that all of us really watch these images. They’re really satisfying a demand that we all want. I would hope that maybe a viewer would take it a step further and maybe go, “Why do I watch these images and how many of these images do I want to put into my own spirit?”

I love Gilroy’s focus on how this toxic stuff affects us spiritually. That’s a really profound thing that he is saying there. I think of how we chew people up in the news. Sometimes in our rush to judgment, we don’t take the time to get the whole story. Anybody remember the Shirley Sherrod debacle? Not only does our news show grisly images that are meant to shock and get ratings, but people are professionally and emotionally eviscerated all the time. Do we care about the truth? Or just the controversy?

This relates to us as bloggers too. I personally get paid by how many times you click on my articles. I will then get paid more if I am more outrageous, and you therefore click on my stories more. Nobody at Patheos ever said I should be outrageous. They try to encourage a healthy climate of respect. I’ve been impressed by the people at the helm here.

But when payment is determined by clicks, it becomes tempting to be more outrageous. (Honestly, it would probably be tempting even without payment on the line. After all, we all want to be read.) It becomes tempting to draw up the battle lines now and get the facts later. It becomes tempting to outrage people because then they will click and share. This is something every blogger wrestles with. If they say they don’t, they are either consciously lying or have become self-deceiving, buying into their own press. (Or maybe they don’t check their page views because they are simply healthier individuals than the rest of us. It could be. There probably are a few people like that out there.) But for most of us, I’m just being honest. It’s tempting. I hope I don’t give into the temptation most of the time. But it’s a real temptation. 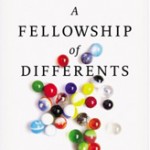 March 9, 2015
This Thursday at 2 PM EST, Join Scot McKnight, Me, and Others for a Live Chat
Next Post

March 12, 2015 Vulnerable Faith: A Profound Book on What It Means to Be a Christian
Recent Comments
0 | Leave a Comment
Browse Our Archives
Related posts from Rebecca Florence Miller