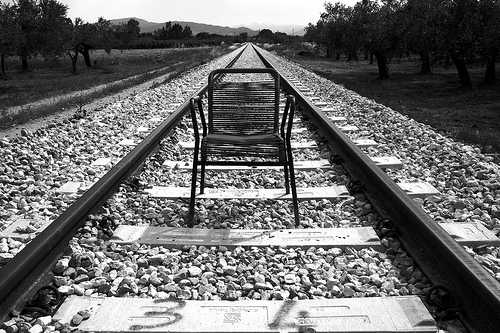 Earlier this week, I posted my review of a mother-son memoir, Amy and Jonathan Hollingsworth’s Runaway Radical. The book really resonated with me, but it also left me with a lot of questions. I got in touch with Amy and Jonathan and asked if I could interview them. They graciously agreed. Below you will see the results of our discussion. We covered a lot of ground: parenting (particularly with a sensitive child), religious obsession and mental illness, cultivating a love for the poor of the world while not losing sight of the Gospel, missions, Christian orthodoxy, and the “radical” movement. I’m grateful for the insights the Hollingsworths shared. I’d love to hear readers’ thoughts on any of these topics.

Rebecca: You may have noticed in my post that I referenced recognizing in you, Jonathan, some of the symptoms that are reminiscent of OCD (which I experienced and which sometimes recurs). I know you were diagnosed with a severe depressive episode when you returned from Africa, but do you think you had a vulnerability to some kind of anxiety or OCD prior to going over? Do you think certain individuals are more predisposed to religious obsessiveness or legalism than others?

Jonathan: I think you’re on to something there. I’ve definitely struggled with obsessive-compulsive tendencies in the past, so I think it was only a matter of time before it crept into my spiritual life. I met with a woman recently who struggles with OCD who used to have to say the sinner’s prayer every day to ease her anxiety. She was haunted by the question, “If I died tonight, where would I go?” My question was, “Am I doing enough? Am I giving enough? Am I sacrificing enough?”

The reason legalism is so attractive to people like me is because it gives us the illusion of being in control. It reduces something as vast and mysterious as spirituality into something manageable. In my case, measuring my devotion to God through sacrifice and service to others was my way of controlling God. I didn’t fear for my salvation, but I was afraid God would view me as a hypocrite or a lazy Christian if I didn’t do everything possible to save the world. I thought I could manufacture spiritual results through my actions. I thought I could make God love me.

Rebecca: I’m wondering from both of you if you have any advice for parents of children who seem predisposed to this? How can we help cultivate in our kids a passion for their faith without the accompanying dark side (obsession)?

Amy: The obsessive nature of Jonathan’s faith had a definite starting point. It didn’t surface until he was 19 and had just returned from his second mission trip, ten days in Honduras. It was the first time he witnessed suffering on a large scale. That’s when I began to notice his anxiety and despair; he started to question whether or not God saw the suffering in the world. He sought an answer, but what he found was literature that said he and his peers were the answer to the suffering in the world. That was really the first blow to Jonathan’s faith, not the abuse he endured in Africa. Because it was after Honduras that he was most vulnerable to taking matters into his own hands.

So I do think there was a specific catalyst for the change in Jonathan, his wanting to become a real Christian, that wasn’t evident or even predictable before then. This sounds like silly advice, but what has really helped me is to read the books that my kids are reading. I did this through most of their adolescence and not to oversee or sanction but to have a point of conversation and commonality during what can be quiet years between parents and children. Unfortunately I didn’t read the stack of books Jonathan left behind until he was already in Africa, but reading the books – and parsing the rhetoric – did help me understand what he was thinking and what motivated him.

Jonathan: I would add too, to not make the stakes so high. If a kid is already predisposed to anxiety and irrational fears, give them a safe space to explore their beliefs and convictions without pressuring them to arrive at the “right” conclusions. Take away the consequences of arriving at the “wrong” conclusions. Don’t make them feeling like the world is going to end if they don’t have everything figured out.

Rebecca: I also found myself wondering how the two of you have managed to cultivate such a close and warm and honest parent-child relationship. Do you have any advice for how this can be done? Jonathan, what did your mom do right in this regard? Is there anything you wish she would have done differently?

Jonathan: I’m really fortunate to have parents who didn’t groom me to be the “perfect Christian.” Later in my life, I was heavily influenced (and damaged) by authors and Christian leaders who were constantly raising the bar, and I think I began to resent the fact that my parents hadn’t pushed me harder spiritually growing up.

Of course, now I see that as a Godsend. I have no doubt that if my parents had been as legalistic as I was, I wouldn’t have experienced the support and healing I needed after Africa.

Amy: I was fortunate to be able to work my television job from home after Jonathan and his sister Emily were born. And even when I taught psychology at the university, it was only a class or two at a time. So I had lots of time with them. We moved a lot (my husband was a minister) and when it was time for Jonathan to go to school, we happened to be in a very bad school district. I committed to homeschool for a year, but we enjoyed the freedom so much that we continued even when we moved to a better school district. Spending time together, reading books together, exploring the world together. I think that’s what gave us such a close bond.

April 8, 2015
Runaway Radical: A Young Man's Reckless Journey to Save the World
Next Post 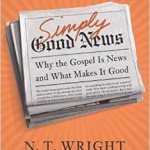