Runaway Radical: A Young Man’s Reckless Journey to Save the World

I get the draw of world missions. I grew up on Christian missionary biographies. These folks were my biggest heroes: they were people who sacrificed comfort and possessions in order to live in real surrender to God and in order to go share God’s love with those who had never heard His name. Whether a missionary was going to a jungle that was untouched by time and modernization, to the far East, or to the former Soviet Union, I was in awe of those who willingly sacrificed their time, their money, their possessions because they were so very compelled by the beauty of Christ and longed to share Him with others. I dreamed of being a Bible translator for a group of people who had never heard of Jesus: what could be more amazing? (Especially for a “words girl.”)

My missionary heroes often did much to ease the suffering of the people to whom they went. They endured hardships for the sake of others. They were lit up with the fire of God’s love. In one case, they even went to the murderers of their family members, forgave them, befriended them, and led them into faith in Christ. Surely God was more alive and more powerfully seen in other parts of the world. I saw these stories through rose-colored glasses.

These stories had a lot to do with my family deciding to go to the mission field when I was a kid. I’ve always felt a little sad and embarrassed about how it all ended. Dad was called to be a missionary pilot–a perfect uniting of his love of airplanes and his love for the Gospel. We had a garage sale and sold a large amount of our worldly possessions. My parents went into missionary training and then to Spanish language school. And then to Haiti for a few months. And finally to Baja, Mexico where my Dad’s dream to start a new program there was launched. But it only lasted months. Mom and Dad’s marriage was unraveling fast. We left Dad and my parents’ marriage ended. This wasn’t the triumphant ending I imagine the donors had in mind when they wrote their checks to support our family. Our family had lots of potential, but it was never fully realized. I have many wonderful memories of living overseas, but also a latent sadness. What do we do with this story? Where was the purpose in it? Why weren’t our radical efforts enough?

I have a tendency toward radicalism. I’ve balanced out a lot in recent years; this tendency used to be far worse. As a teenager, I went through a stage where I attempted to make myself perfect and “fully committed” to God. A combination of family struggle, puberty, my own tendencies to anxiety and depression, and religious legalism combined in a toxic mix and triggered a two-year bout with OCD that led me to frantically and obsessively monitor my thoughts, my possessions, my behavior with scrupulous attention in order to finally, finally be truly surrendered to God. But no matter how much I tried to be perfect, it was NEVER enough. I drove myself unrelentingly. I was distraught and a shell of a person. I wasn’t suicidal, but I was so miserable that I barely wanted to live. The only thing that kept me going was the hope that there was an answer, even if I didn’t know what it was yet. I would keep trying to find the answer.

The answer that emerged was grace. Not doing more and running the hamster wheel. It was the freedom of seeing what Christ had already done for me.

This background is why I recognize the narrative in Runaway Radical, a current featured book in the Patheos Book Club. This book is a memoir-style true story written by Jonathan Hollingsworth and his mother, Amy. It is artful and insightful and beautiful and painful. It is the story that doesn’t usually get told. It is the story that Christian ministries often try to control: the narrative that is dark and lonely and sad and might not reflect well on a particular ministry. The story that just doesn’t stay on message for the organization. It is a triumph of truth-telling, though. And it is a gently unfolding blossom of grace.

We see the narrative through the eyes of Jonathan and his mother, individually. We see his growing radicalism, her slow realization of the unhealthy tendencies beginning to take hold, and then her increasing concern for his well-being and emotional health. We see an unusually close bond between mother and son, as well. And we see the fierce love of a parent, willing to move heaven and earth to rescue their child (there is something of Gospel here in Amy Hollingsworth).

Jonathan Hollingsworth grew up as a young man who was unusually sensitive to those who were suffering–the poor, the homeless, the troubled teen. He was also addicted to the literature of radical Christianity, a Christianity that seeks to literally follow the teachings of Jesus and sacrifice everything to follow Him. He believed that if he could only follow Jesus perfectly, He could get God to notice him and use him mightily (these attempts to get God to notice him reminds me of similar themes found in Tony Kriz’s Aloof). So even as a teen, he got rid of his possessions, slept on the floor of his room, wrote quotes of radical Christianity on his walls. It still wasn’t enough, so he went to Cameroon, Africa, convinced that once he escaped consumeristic American Christianity, he would discover pure, unadulterated Christianity in its nascent form and be able to just love people with God’s love, finally unfettered. 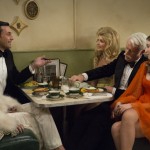 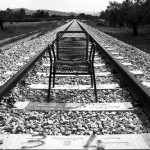 April 10, 2015 Religious Obsession, Gospel-Based Service, Parenting, and Orthodoxy: An Interview with Amy and Jonathan Hollingsworth
Recent Comments
0 | Leave a Comment
"And as many flavors of good and evil.That said, the Religious Society of Friends recognizes ..."
Alan Drake A New Normal: Grief and Facing ..."
"One of the reasons why there are many flavors of Christianity is because there are ..."
Jesse H A New Normal: Grief and Facing ..."
"I dreamed of being a Bible translator for a group of people who had never ..."
Kyuss Runaway Radical: A Young Man’s Reckless ..."
"I gave a detailed reply why, but it was not approved. I did not ignore ..."
Alan Drake A New Normal: Grief and Facing ..."
Browse Our Archives
get the latest from
Evangelical
Sign up for our newsletter
POPULAR AT PATHEOS Evangelical
1

Steven Furtick is the Most Dangerous...
The Chorus In The Chaos
Related posts from Rebecca Florence Miller