I Am a Christian. Should I Protest the Authority? 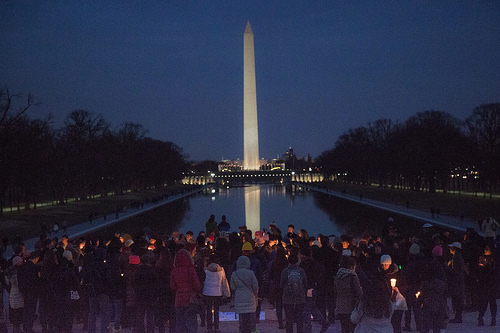 I consider myself a peaceful Trump resistor; I have not yet attended a protest but would be open to joining in. While I’m more than willing to give the administration due credit when something life-giving happens (the nomination of Judge Neil Gorsuch was something I was happy about), I stand opposed to so many of the values of the Trump administration: the blaming of “foreigners” for all our problems, the corruption, the casual disregard for the Bill of Rights, the embrace of conspiracy theories, the abandonment of those citizens who have been potentially abused by their police departments, the lack of willingness to listen to wise counselors, the authoritarianism, the lack of concern for the little guy whilst benefiting the rich, the paper-thin ego leading to the stirring up of unnecessary conflicts, the constant barrage of lies and deceit. In general, this is an administration that calls evil good and good evil. While I pray for the President and our other leaders to “act in accordance with [God’s] kingdom” and to be changed by the Spirit of God, until that occurs, I plan to resist the exaltation of evil.

While I am opposed to the Trump administration, I do know that my neighbors who voted for him have many different reasons for doing so. Some might have been motivated by fear of those who are different, but many voted for him with reservations or as what they perceived as a lesser of two evils. Some were badly impacted by health care legislation or worried about the loss of jobs and devastation of their communities. I don’t want to oversimplify the reasons people voted for him or demonize people. I hope to persuade good-hearted people to see the damage that the Trump administration is doing.

In the midst of seeking to persuade, one thing I am starting to run across frequently is a right-wing and Christian objection to protesting. If I understand correctly, people feel that protesting is the opposite of doing something, that it is complaining and acting privileged, that it is something only people with lots of time on their hands can afford to do (there’s probably more than a little bit to that one), and that it is negative and disrespectful to authority. Many think that protests more or less lead to looting and violence, and some even equate the two, finding it difficult to differentiate between those who exercise free speech and those who resort to violent or destructive means. People also are frustrated by protest techniques that cause them discomfort or inconvenience, such as the blocking of highways or roads. They are even frustrated by silent protest, such as that of Colin Kaepernick who took a knee during the national anthem, as a form of protest against police brutality.

I understand some of the criticisms. There are times I am frustrated by certain actions or words of protesters (say, that crude sign or that potentially inciting chant). If I’m honest, like anybody, I would be more likely to find a protest I disagreed with threatening than inspiring. There is a sense that if someone disagrees with me, perhaps they are about to lash out at me. So in that way, I do understand those who might feel threatened by anti-Trump protests.

Pretty much everyone agrees that protesters have a right to assemble and peacefully protest. But increasingly I am hearing that protesters are what is messing up America. While I think there is plenty of room to disagree about what issues are important and how we should protest (not legally, but practically), I am starting to think that there may be an underlying misunderstanding of what the Bible teaches us about our relation to authority.

Notably, the New Testament commands about authority were written during the time of the Roman Empire, some during Nero, known for being a horribly evil leader. And yet we are told to pray for those in authority:

I urge, then, first of all, that petitions, prayers, intercession and thanksgiving be made for all people—for kings and all those in authority, that we may live peaceful and quiet lives in all godliness and holiness.  This is good, and pleases God our Savior, who wants all people to be saved and to come to a knowledge of the truth.–1 Timothy 2:1-4 NIV

Note, though, that we are given two reasons to pray for those in authority (and the reasons have nothing to do with blind allegiance): so we can live out our faith peacefully and so that people can come to faith. God wants authorities to come to sincere faith, and he also wants an environment to exist where people can come to faith. If authorities are inhibiting the Christian mission, we are to first of all pray. This brings to mind one issue I have had with Christian support of overly stringent immigration and refugee policies: not only are they unmerciful and dismissive of the strength of the current system that is in place, but they also reject what God is doing in bringing the world to the United States. There are many people from many nations coming here, and in God’s primary mission in the world of sharing the Gospel, he may just be trying to bring more people in contact with the Gospel. Instead, too much Christians are reacting in fear and pushing away neighbors who might become brothers and sisters in faith one day. The mission of the Gospel no longer seems to be the priority of the American Church, in many places. 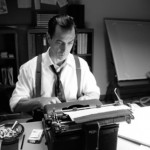 March 1, 2017
On Streaming: A Film about McCarthyism, Edward R. Murrow, and Courage
Next Post 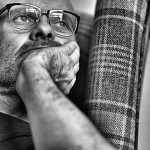