The Immorality of Profiting Off Opioid Addiction

In the middle of the day on cable news, what was I seeing but an ad from AstraZeneca for a new prescription medication to treat something called “Opioid-Induced Constipation”? Our protagonist smiles sheepishly into the camera as he explains that he after being prescribed opioids for a back injury and chronic pain, he became very constipated and nothing worked to fix the problem. But not to worry! There is a solution! A medication to treat this awful side effect so he can go on SUPERVISING A CONSTRUCTION SITE WHILE ON NARCOTICS. What could go wrong?

People, I was shocked by the blatant nature of this ad. I mean, are we now living in upside-down land? Here we are in the middle of an opioid epidemic, in a landscape where, according to an October 16, 2016 article, written by Ariana Eunjung Cha in the Washington Post, “opioid prescriptions alone have skyrocketed from 112 million in 1992 to nearly 249 million in 2015, the latest year for which numbers are available.” Is America truly that much more in pain?

Even worse, the same article alleges that a researcher, Jonathan Moss, who was creating an anti-OIC drug, initially wanted to help dying cancer patients and ease their suffering but had no pharmaceutical company interest. Dying patients didn’t create a big enough market.

So Moss and his colleagues pieced together small grants and, in 1997, received permission to test their treatment. But not on cancer patients. Federal regulators urged them to use a less frail — and by then, rapidly expanding — group: addicts caught in the throes of a nationwide opioid epidemic.

Suddenly, Moss said, investors were knocking at his door.

Cha goes on to assert, “If opioid addiction disappeared tomorrow, it would wipe billions of dollars from the drug companies’ bottom lines.”

Meanwhile, the Washington Post also recently reported, in an April 20, 2017 article by Scott Higham and Lenny Bernstein, on lawsuits that are being filed against pharmaceutical companies and pharmacies that are alleged to have enabled the spread of opioids among addicted populations. The article reports a quotation from the lawsuit, which has been filed by the Cherokee Nation against six pharamaceutical companies and pharmacies:

“Defendants turned a blind eye to the problem of opioid diversion and profited from the sale of prescription opioids to the citizens of the Cherokee Nation in quantities that far exceeded the number of prescriptions that could reasonably have been used for legitimate medical purposes,” the suit says.

In addition, the article reminds readers

Last month, seven counties in West Virginia, which has the highest prescription drug overdose rate in the nation, filed suits against many of the same corporations. Those suits accuse the companies of creating a public hazard by shipping large amounts of drugs into the state and seek billions of dollars in reimbursements for the economic toll the drugs have taken in the heart of Appalachia.

If the lawsuits’ allegations and the account of Jonathan Moss are correct, this is great wickedness and true immorality. That we may have well-resourced companies now seeking to line their pockets with money from the addicted and vulnerable, because they are a better market than the dying, is utterly evil.

“Do not take advantage of each other, but fear your God. I am the Lord your God.”–Leviticus 25:17 NIV

“Do not exploit the poor because they are poor
and do not crush the needy in court,
for the Lord will take up their case
and will exact life for life.”–Proverbs 22:22 NIV 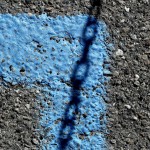 April 20, 2017
Resources for Christians Learning about Race, Class, Poverty, and Justice
Next Post 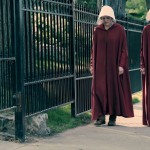