Patheos Explore the world's faith through different perspectives on religion and spirituality! Patheos has the views of the prevalent religions and spiritualities of the world.
Today’s post is not particularly religious. But I still think it’s important.
In today’s New York Times, David Brooks writes,

Status rules are partly about collusion, about attracting educated people to your circle, tightening the bonds between you and erecting shields against everybody else. We in the educated class have created barriers to mobility that are more devastating for being invisible. The rest of America can’t name them, can’t understand them. They just know they’re there.

I agree with Brooks’s assessment (you should really read the whole column here). Honestly, I think this is part of why Trump won the election. He was perceived by a large number of voters as being “outside the establishment.” Of course, being extremely wealthy and having many ingratiating relationships with wealthy, powerful people, he was actually part of the very establishment clique people so despise. But nevertheless, he was able to leverage perception to make people feel he would take on the establishment. He “spoke the language” of the common man, though he did it by appealing to the worst elements in human beings, rather than their better angels.

Nevertheless, there is an important lesson to be learned here. When we, the educated class, subtly but powerfully shut people out from our little clique, they naturally feel offended by this. Wouldn’t you? There is a subtle way of talking down to people and letting them know they are supposedly “beneath” a person and the intended message comes across loud and clear.

I don’t want to be a person who does this. I have a master’s degree but I think you can be really smart without such a degree. I got mine not because I was part of a big, important family (though I think being white did play a part), but through an unconventional path. I was homeschooled. I got my associate’s degree at a Bible college through correspondence school, before it was a big thing to do distance learning. I then went on to get a bachelor of arts in English. I did good work and got influential people to recommend me and got a scholarship to go to seminary.

But I will say this: once I was in seminary, I was befuddled. It was a place where some people clearly had a leg up. And at first, I couldn’t figure out why. I was still a good student. I’d been raised to believe in meritocracy. But why were some people at the head of the pack and not others? Then I figured it out: ohhhh, that person is part of one of the big, important Lutheran families. If you muckety-mucked, you could be part of that circle too. But muckety-mucking with people I don’t actually admire doesn’t interest me much, never really has. If your opinion matters to me because I respect you, I’ll work hard to get on your good side. If it doesn’t, I’m gonna ignore you. Maybe that means I don’t get as far in life, but oh well.

All that to say, yeah, I’m “overeducated,” but some of the smartest people I know don’t have big degrees. What makes them smart is that they choose to be lifelong learners, to dedicate themselves to learning more and being open to knowing they don’t know everything. Being smart cannot be conferred by an institution. It doesn’t come about because you know all the buzz words. It’s a quality of openness to learning, a lack of arrogance, a willingness to ask questions.

Now, sometimes those with less education lack these qualities I’m describing. Or they might lack these qualities in some ares, but not in others. Generally, I find this comes from insecurity about what they don’t know. Rather than investing in more knowledge, it seems the tendency is to double down and get defensive and claim they know things they don’t. (And by the way, plenty of “educated” people do this too, or cover over their lack of knowledge with the right buzz words.)

To be honest, this confuses me. I would never venture to tell a farmer I know more about planting and growing than they do. I also don’t consider farming some “lesser” knowledge. It doesn’t matter if the farmer has a degree or not; they have important, detailed knowledge, and I need to stand with humility and admit they know infinitely more than me about their field. (I can barely keep a houseplant alive!) I would never venture to tell a construction worker or electrician I know more about their field. Why would I do that? They can build an actual house! Or keep people from killing themselves with electrical fires. This spring, we had to have loggers come and take down some diseased trees. I stood in awe, watching them scale up the tree, cut it down so it fell in just the right way, and all of this without hurting themselves, us, or property. It was incredible.

I don’t think I’m smarter than any of these fine folks. I feel insecure about my lack of knowledge of these practical matters. I feel respect for the level of knowledge it takes to build a house or safely set up electrical wiring. The thing that really confuses me though is when my knowledge on, say, theology or how the media works or current events is not at least respected and listened to before being dismissed. I know I’ve devoted more time to studying those areas of knowledge than many folks, so I want to say to people: can you respect that knowledge at least? I don’t know everything but I know some things about my fields, just as you know a great deal about your fields. Of course, the overeducated class has not always shown respect for the other kinds of knowledge, so a huge part of the problem, as Brooks points out, lies with us. The key to all of this is mutual respect

I never want to make someone feel “less than.” Big deal, I got some opportunities. All that is asked of each of us is that we present ourselves to the opportunities we are given. That we are open to more learning. That we are humble enough to consider we don’t know everything. Those qualities might not get you a fancy professional job but they do make you a quality human being.

And that’s not something every “overeducated” person can claim.
——————-

Because this is a Christian blog, the things I’m talking about will obviously be topics that people feel strongly about in one direction or another. Please keep in mind that this is a place for substantive, respectful, constructive conversation. All perspectives are welcome to discuss here as long as all can treat each other with kindness and respect. Please ignore trolls, refuse to engage in personal attacks, try not to derail the conversation into divisive rabbit trails, and observe the comment policy listed on the right side of the page. Comments that violate these guidelines may be deleted. Vulgar remarks may result in immediate blacklisting. For those who clearly violate these policies repeatedly, my policy is to issue a warning which, if not regarded, may lead to blacklisting. This is not about censorship, but about creating a healthy, respectful environment for discussion.

P.S. Please also note that I am not a scientist, but a person with expertise in theology and the arts. While I am very interested in the relationship between science and faith, I do not believe I personally will be able to adequately address the many questions that inevitably come up related to science and religion. I encourage you to seek out the writings of theistic or Christian scientists to help with those discussions. 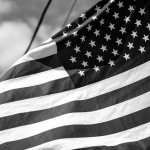 July 1, 2017
Mourning With Those Who Mourn on the 4th of July
Next Post 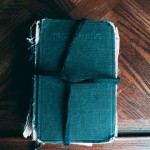