I’ll end the year by rounding up the top ten most visited posts on my blog during 2018. I’m delighted that the #1 destination on the blog is actually the front page, meaning a lot of people come here not because of a link they came across on social media as their first point of contact with the blog, but rather because they made a deliberate choice to visit my blog and see what is here.

And precisely because many readers simply come straight here, rather than connecting with the blog and new posts on it through social media, I thought I should both do a countdown on social media, and

The top ten most visited posts of the year are:

#8 The Immorality of “Pro Life”

#7 ‘Conservative’ is Just a Code Word for ‘Godlessness’

#6 How Much of the Bible Do Young-Earth Creationists Reject?

#5 The Cruelty of Young-Earth Creationism

#2 Is Your Idea of God an Abomination?

It is interesting to notice the patterns. Engagement with contemporary conservative Christianity in its most politicized forms, and critiques of young-earth creationism and other biblical misinformation, are among the most popular. I was initially disheartened that two quirky posts on completely tangential life hacks get so much traffic, but then I realized that that is a nice testament to the blog’s eclectic character.

If the posts that were not written during 2018 were to be dropped from the list, the following would be added to the top 10. As it happens, they are not only the next highest ranked posts that happened to be written this year, but the closest runners up even if year is not taken into account. And so either way, these deserve at least honorable mention:

Natural Order of the Family?

A Social Justice Shaped Hole in the Evangelical Church

Why I Am A Panentheist

And if the ranking were of the blog posts with the most traffic of all time, as of this year, then these would be among them:

#1 Think Outside the Box: The Cutest Response to Creationism Ever

#3 Beware of Who’s Who Scams

#4 Are Your Religious Liberties Being Violated?

#5 Chariot Wheels in the Red Sea Hoax Persists (this one had quite a bit of activity on it this year, too)

Do you have a favorite post from this year? From all time? Things you’d like to read here? Topics you’d like me to return to, or turn my attention to for the first time? If so, please do let me know.

And to all readers of this blog, whether you’ve been returning here for many years or are reading this post as your first encounter with the blog, I wish you a very happy and healthy start to 2019! 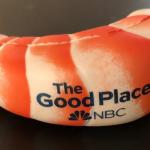 December 30, 2018
I Can Only Imagine Leviticus In The Good Place
Next Post 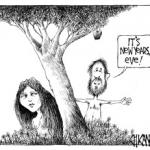 January 1, 2019 Happy New Year 2019!
Recent Comments
1 Comment | Leave a Comment
Browse Our Archives
get the latest from
Religion Prof: The Blog of James F. McGrath
Sign up for our newsletter
POPULAR AT PATHEOS Progressive Christian
1