An interview with atheist minister Gretta Vosper at Chris Stedman’s Faitheist blog got me thinking again about prayer.

Petitionary prayer is one of the oddest religious ideas of all. If God is all-knowing — which is one of the three defining job skills on his résumé, after all — then he already knows what I want. What does a little mumbling on my part add to the process?

Stranger still is the idea that he’s somehow taking the pulse of the public, American Idol-style, before he decides which way to flip the switch: Just three hundred more prayers needed to put Jennifer’s cancer remission over the top! Dial in your vote! We can DO this, people! And even if vox populi were his MO…well, see #1. He knows your vote already. Do Not Click Submit Twice.

But prayer makes much more sense when it’s seen in terms of sender rather than receiver. It’s a natural response to powerlessness, something the universe has given us in spades. When prayer is a substitute for actually doing something, as it often is, we mock it, and rightly so. But just as often, prayer gives the pray-er a way to express a heartfelt desire when there is literally nothing else to be done.

And everybody, including me — and I’m pretty sure you — engages in this kind of receiverless prayer all the time.

Have you ever bowled or golfed and turned sideways after the ball was well on its way, arching your back to coax it one way or the other? Then you’ve engaged in receiverless prayer. You presumably know that your contortions have no effect on the outcome. You lost control when the ball left your hand or putter. But standing straight just isn’t an option. So you lean.

If you’ve screamed instructions at a wide receiver on television, or even in the stands from a hundred yards away with 60,000 other voices at full throat, you’ve engaged in receiverless prayer.

If you’ve played blackjack and chanted, “Big one, big one, come on facecard” as the next card fell through the air, you have engaged in receiverless prayer.

And if you’ve ever rushed to a hospital waiting room to stand helplessly outside that swinging door as surgeons work feverishly to save your child or your dearest love, repeating breathlessly, “Please, please be okay, please be okay”—then you know what it’s like to feel that standing mute is just unbearable. The fact that you are really talking only to yourself, and that you know this, doesn’t stop you from urging the damned stubborn silent universe to do what you can’t.

When prayer substitutes for action—the golfer who offers up the back-bending prayer in lieu of practice, parents who pray for a seriously ill child in lieu of medical intervention, and anyone using prayer as a passive-aggressive weapon (“I’ll pray for you”)—something between mockery and outrage is an appropriate response.

But whatever I have to say about prayer should start with the recognition that I do pretty much the same thing whenever a ball whose course really matters to me has left my hands, and that some people experience that helplessness more often and more intensely than I do.

September 30, 2014
Being Both: The OTHER great book on mixed-belief marriage
Next Post 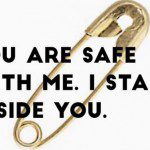 Nonreligious
4 Questions to Ask Before Wearing a Safety...
The Secular Spectrum 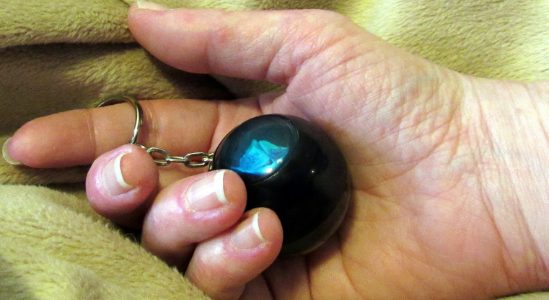 Nonreligious
Your Fate is in Your Hands (except when...
The Secular Spectrum
TRENDING AT PATHEOS Nonreligious

5 responses to “The receiverless prayer”