The false notion that only the religious (or even less credibly, only Christians) respond compassionately to human need is not going away any time soon. Someone somewhere can be counted on to ring that bell after every high-profile tragedy — Dinesh D’Souza after the Virginia Tech shooting, Joe Klein after the 2013 Oklahoma tornadoes — and now a Patheos Catholic blogger out of the apparent blue.

In response, I’m reposting an article I wrote for the Washington Post online last year after TIME columnist Joe Klein suggested that secular humanists are not present in the compassionate response to tragedies. Human goodness is not the sole province of any one worldview. 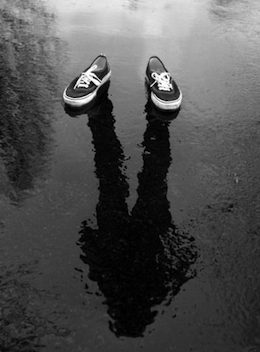 In the wake of the April 2007 shootings at Virginia Tech, Dinesh D’Souza wrote an opinion piece asking why atheists are “nowhere to be found” in the response to a tragedy. “Where is Atheism When Bad Things Happen?” was the usual D’Souza hash of pettiness and misinformation.

But something beautiful came out of it. An anonymous Virginia Tech professor and atheist offered an elegant and moving reply at Daily Kos, describing in detail his own involvement in the collective healing that followed that day. He also noted that there were certainly atheists and secular humanists among the first responders, the counselors, the surgeons, and the generous givers who rose to the challenge of that tragedy, helping to put that violated community back together as best they could.

These atheists and secular humanists didn’t wear their worldview visibly, so both casual observers and willful opportunists like D’Souza often failed to see them.

It is possible to see how someone, especially a person with D’Souza’s agenda, could take the absence of an atheist flag as the absence of atheists. Though never absent, atheists and secular humanists are often invisible. Their bodies and skills are easy to see, but their convictions—that this is our one and only life, that its loss is something to fight hard against, that we have no one but each other to rely on when bad things happen—often go unnoticed. Prayers and songs and religious group names announce themselves. Quiet conviction often goes unseen—especially to someone who’s not trying very hard to see it.

Fast-forward to 2013 and Joe Klein, writing a TIME magazine cover story titled “Can Service Save Us?” In the course of an otherwise interesting piece, Klein made this claim: “There was an occupying army of relief workers led by local first responders, exhausted but still humping it a week after the storm, church groups from all over the country — funny how you don’t see organized groups of secular humanists giving out hot meals…”

I’d say it’s funny how you don’t see what you don’t look for.

Joe Klein is not Dinesh D’Souza. He’s a professional journalist, so it seems reasonable to expect him — or barring that, his editors — to check his facts before he tosses off a claim like this. It’s not that he didn’t specifically name secular humanist efforts. It’s worse — he went out of his way to say that our organizations were not there.

A very quick search online would have told him otherwise. In the last several years, some powerful charitable initiatives have been launched with specifically atheist or humanist identities, including several disaster relief programs. It’s not that individual nonbelievers are discovering compassionate action for the first time. As Mapantsula’s response to D’Souza attested in 2007, we’ve always been present and active in response to tragedy and suffering. But these new organizations are focusing individual humanistic responses into collective action, increasing the impact of their generosity in the process.

The response to the tornadoes from the secular humanist and atheist community was organized and overwhelming. The members and supporters of Foundation Beyond Belief, the secular humanist charitable organization I direct, provided 100,000 meals to victims in the wake of the Oklahoma tornadoes through the Regional Food Bank of Oklahoma and raised an additional $22,000 for Operation USA. Perhaps the greatest irony of the Klein piece is that Team Rubicon, the outstanding organization he praises in the same sentence that bashes humanists, was the primary beneficiary of Foundation Beyond Belief’s fund drive after Superstorm Sandy.

In addition to FBB, groups including Atheists Giving Aid, Oklahoma Atheists, the Atheist Community of Tulsa, the Lawton Area Secular Society, the Norman Naturalism Group, FreeOK, and the Oklahoma State Secular Organization lent their considerable energies to the effort in Oklahoma. Some raised funds — nearly a quarter million dollars in ten days — while others gave untold time and energy on the ground. They organized volunteers, resources, and blood drives, teamed with local businesses to feed relief volunteers, and drove bulk donations around the city to distribution centers. They helped clear the rubble of homes, comforted survivors, took people into their own homes, fed them, and clothed them.

[Editor’s Note: It’s ironic that the Patheos colleague of mine making the current claim lives in Oklahoma and is a state representative there. There’s a very good chance that people she knows or represents were specifically cared for by secular humanists after the 2013 tornadoes.]

But Klein didn’t spend those few seconds checking his facts. He checked only his assumptions and biases, and in so doing reinforced the assumption and biases of his readers. Even the time-honored test of substituting another subgroup — “Funny how you don’t see any organized groups of gays/Muslims/Jews/Hungarians/etc. handing out meals” — should have been enough to rouse the sleeping journalist in Klein’s head, pushing his cursor the scant few inches needed to open the browser of his choice and see whether that thing he assumed was actually true.

Humanists and atheists aren’t developing our charitable efforts for recognition or applause. Empathy and compassion are a natural fit for a naturalistic worldview, and it’s incredibly rewarding to put that into action. But it would be nice if we could do this work without the constant, buzzing insistence from people like Klein that we aren’t actually doing it.

Since this article first appeared, Foundation Beyond Belief has expanded its disaster recovery program even further, including an enhanced on-the-ground volunteer response capability for humanists, a program coordinated by Rebecca Vitsmun. Visit the HDR home page to learn more or to sign up for Humanist Disaster Recovery Teams.

December 17, 2014 Why I Tell Everyone I Meet That I’m an Atheist
Recent Comments
7 Comments | Leave a Comment
Browse Our Archives
Related posts from The Secular Spectrum

7 responses to “The invisible secular humanists”