Anti-Theists and Diplomats: The Roundtable 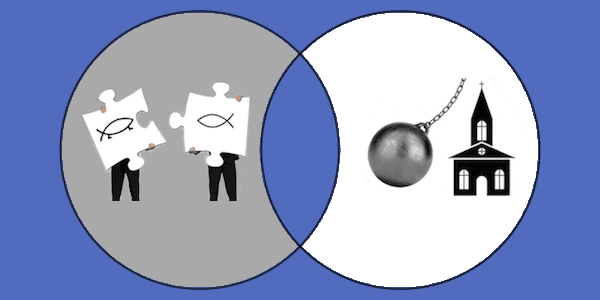 James and Steve, what are your thoughts about the anti-theist piece? Any pleasant surprises, common ground, shared values? Any irritations, misconceptions to correct?

STEVE: To begin with, I’m not willing to “utilize concepts of God or gods” as Peter says — I will never pretend that gods exist — but I do feel morally bound to engage in humanitarian goals with theists if it reduces the physical and psychological suffering in the world, and they are willing to engage with me.

JAMES: As Steve says, Peter is wrong to think that atheists who wish to work together with people of faith on common causes will themselves “utilize concepts of God or gods to engage in humanitarian goals.” You needn’t endorse someone else’s worldview in order to recognize shared values. This confusion is evident in a few of his responses: I am quite straightforward that I do not believe God exists, but I’ll still work with people who do.

PETER: I was not saying there was anything wrong with working with religious people. I do so in the office daily. However, I think that the implied basis for shared values is important. I’m not willing to endorse, passively or actively, “Do it because God says so” thinking. Those who call themselves “Diplomats” seem to have less a problem with that, and thus think it’s “appropriate” to speak against religion in fewer instances.

KAVEH: I don’t care if my arguments are effective, but I do support pragmatic policies from politicians and how the actual change is enacted. My support for Iranian reformists is a sign of that. I can argue that they are completely wrong about Islam in the debate space, yet support them and vote for them and wish them success. I don’t need to pretend religion is less of an evil in order to lend my support to moderate religious people.

STEVE: I think Kaveh contradicts himself when he says that he can endorse pragmatic policies but then admits that he doesn’t care if his arguments are effective or not. If one only cares about the truth, then one can’t be pragmatic. However, caring about the truth and being pragmatic aren’t necessarily mutually exclusive. I’d ask him to clarify that stance.

I can’t speak for others, but my “diplomat” approach isn’t dishonestly manipulative, as Peter says. I don’t use religious concepts to get people to do things, and I’m always straightforward with my views about religious concepts when it’s appropriate to do so.

Were you able to find any common ground with anti-theism as described by Peter and Kaveh?

JAMES: Yes, there is a lot of common ground. Kaveh’s commitment to working against religious oppression is one I share passionately, and I agree with Peter that religion has often performed a social control function. It’s clear that both camps abhor the harmful effects of religion. I also appreciate the way both denounce dehumanizing rhetoric – although it would be nice to see more anti-theists do so publicly when it actually occurs.

I agree with the anti-theists strongly that recognizing the marginalized place of atheists in society is an ethical imperative, and that in many cases a strong reaction against religion is borne of terrible experiences with a religious community. We should always bear in mind how people’s experience shapes their approach. We shouldn’t dictate to people how angry they can feel about their own experience, even when we discuss the most effective responses to that anger.

Peter and Kaveh, what are your thoughts about the diplomat piece? Any pleasant surprises, common ground, shared values? Any irritations, misconceptions to correct?

PETER: Surprisingly, James said: “Sometimes you have to be more forceful than friendly — that’s just good strategy.”  But if a “friendly, open, yet authoritative” approach works best, then why and when is it sometimes better to be more forceful than friendly? Maybe when you’re trying to establish an authoritative stance that requires transgressing the boundaries of politeness enforced by the situation’s more dominant party?

JAMES: An important note here is that to be more forceful than friendly doesn’t necessitate being unfriendly: it’s just that you shift the balance from friendliness to forcefulness depending on the situation. A good time to do this is when you have decided you cannot persuade part of your audience – then you can hammer their position in order to energize your base. We constantly should be evaluating our audience to see which approach is best.

PETER: What do you think is the utility of energizing your base?  Does energizing your base with forceful language encourage the “friendly” discussion you’re trying to encourage?  In all honesty, it seems to me as if Diplomats more resemble the finger-waggers of the base, encouraging finger-wagging among the religious instead of understanding. Maybe less tone-policing and more representation would be beneficial.

KAVEH: I agree with James that different situations demand different approaches, to me that is not the difference between anti-theism and non-anti-theism but our appraisal of the role of the world religions overall, which James later got into.

JAMES: This discussion will come down to differing definitions of “religion”. I’m sure if we could agree on a definition we would see very little difference between our views.

KAVEH: I strongly disagree with Steve that if you call religious beliefs “stupid” you’re calling religious people “stupid”. There are many anti-theists including me who find calling people stupid wrong because of its inherent ableism and yet we have no problem with pointing out the absurdity of religious ideas. And as I have said before, I simply don’t care how effective my arguments are. My whole existence is ineffective. I only care about the truth. I think of myself as a writer and an intellectual, not an activist.

JAMES: With the greatest respect, I find this a self-indulgent position. When we decry injustice while relieving ourselves of any responsibility to effectively change the world, we are saying, essentially, that satisfying our own psychological needs – to vent, to be “authentic”, to be angry – is more important than the lives of those harmed by the issues we discuss. We have a responsibility to get beyond ourselves in order to bring about a just society.

KAVEH: I don’t think so. When I argue, I want to find the truth. Truth is beyond me and my anger. I do not say I have no responsibility to change the world, I have sacrificed enough while changing the world. But when it comes to what I believe, I only care about the truth. I think that is the misunderstanding here.

PETER: I find it striking that in the response, James used several words that could be construed as rude if applied to the religious – words like “self-indulgent” and the encouragement to “get beyond” himself.  This is a regular feature, it seems, among diplomats.  They may be rude to me, and that’s fine, but if they think rudeness is ineffective towards Christians, why do they utilize it with atheists?

JAMES: Because in the context of this piece, Kaveh is not my persuasive target. I’m not trying to persuade him. Furthermore, I would never criticize someone for saying some religious position is “self-indulgent.” Many positions are. The problem with this discussion is that you keep straw-manning everything and putting your preferred gloss on it. It’s why we never get anywhere with this. You aren’t reading what we’re writing. It’s frustrating!

STEVE: I believe atheists, of all people, should balance the desire to get others to see the truth of reality with the need to alleviate suffering in the only life human beings are lucky to get. A Platonic pursuit of “Truth” is incompatible with the natural, social, and political reality of human life. I believe we’re morally obligated to care about being pragmatic in that regard.

JAMES: It seems to me that much of the disagreement here comes down to differences in terminology and definitions, and that there is a deep well of shared values in the activist atheist community. Those values – a commitment to justice for all people, a passionate search for truth, and the belief that human beings can change the world for the better – are more important than any divisions between us. Let’s put those values first.

PETER: We share secular humanist values, but my stance has less to do limiting expression and more to do with validating (to themselves and others) the honest verbal expression of those religion has hurt or angered. Religion has done a good enough job of policing our tone without adding other atheists to its ranks. Now that its stranglehold has loosened, I think we should be more free from the obligation to respect it.

KAVEH: I agree with James that our similarities are more than our differences, but ultimately different people have different priorities. I’m mainly a writer, and I’m a radical, so I can be the ineffective intellectual and the diplomats can be… well… the diplomats. We need offensive comedians, we need angry writers, we also need facilitators of dialogue and charity workers. I think if we all agree that that all the seven billion people shouldn’t act the same way and there’s room for both approaches, this would be the best outcome.

KAVEH MOUSAVI is the pseudonym of an atheist ex-Muslim living in Iran, subject to one of the world’s remaining theocracies. He is a student of English Literature, an aspiring novelist, and part-time English teacher. He is passionate about politics, video games, heavy metal music, and cinema.

He was born at the tenth anniversary of the Islamic Revolution of Iran. He has ditched the Islamic part, but has kept some of the revolutionary spirit. Follow Kaveh at On the Margin of Error.

STEVE NEUMANN is a writer and philosophile interested in doing for philosophy what science journalists do for science—preparing the arcana of academia into a dish digestible by the public. His work has appeared in media including the New York Times, Salon, the Daily Beast, and the Good Men Project.

Steve blogs at Notes Toward a New Chimera.

PETER MOSLEY says he was a “pretty serious Christian” who grew up in the church and didn’t give up faith until 28. he is currently pursuing a Ph.D. (ABD) in Modern American Literature, with a focus on intersections between black masculinity and Christianity, at Texas Christian University. Much of his writing at Patheos reflects those interests.

JAMES CROFT is a prominent Humanist activist and speaker, as well as a leader in training in the Ethical Culture movement. His forthcoming book The Godless Congregation (with Greg Epstein) is being published by Simon & Schuster. He holds an M.Ed in Arts in Education from Harvard and an MA in Education from the University of Cambridge.

James blogs at Temple of the Future. 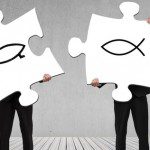 One response to “Anti-Theists and Diplomats: The Roundtable”