The Planned Parenthood Debate 101: What You Need to Know

The Planned Parenthood Debate 101: What You Need to Know September 30, 2015 Guest Contributor

Is there anyone reading this who doesn’t know about the current debate with Planned Parenthood? But what you may not understand is how really important this debate is in terms of American politics.

Access to healthcare for women aside, the Planned Parenthood debate is currently the major—if not only—issue currently preventing the United States Congress from passing a budget and not shutting down the government. Legislators have until the end of this month (which is tonight at the stroke of midnight if you did not know. We’re in Cinderella and the glass slipper territory right now) to solve this issue, or the government shuts down. Again.

That’s why I thought it’d be a good idea to do a quick FAQ about what is going on in Washington and who some of the major players are. This post will not address the moral issues about Planned Parenthood, only the political ones. I will provide the actual facts, you do with them as you so please.

Why are people fighting about Planned Parenthood now of all times?

On July 14th, an organization known as the Center for Medical Progress began releasing a series of videos that accused the organization of selling parts of fetuses for a profit. A forensic investigation of the videos concludes that they were altered to the point where the content cannot be trusted. However, the investigation was commissioned by Planned Parenthood itself, and to my knowledge no third party forensic investigation has been launched into the videos. The recent controversy has launched a series of Congressional investigations to determine if the federal government should continue to fund the organization given the new information.

How can one organization create a government shutdown?

The government’s fiscal year does not line up with the normal calendar year. It actually ends on September 30th. This might sound strange, but it actually makes a lot of sense. If the fiscal year started in January, when new elected officials also began, then the government would always be run on a budget set up by the previous Congress. Freshmen representatives would have to fight for appropriations from a funding pool they had no say in creating. A date in the middle of the year allows all members a chance to participate in the debate.

As is always the case when a budget is formed by a political body, disagreements emerge. It is up to the leadership on each side of the aisle to both fight for what their party believes is important while also working with some of the fringe members who may disagree with any compromise to prevent them from voting against or even blocking a vote on the budget, thus causing a shutdown.

The Planned Parenthood videos came out in July. This means that representatives who do not want to continue funding the organization have been fighting since then to get a defunding rider attached to the budget. Democrats have been hard in claiming that any budget bill with such a rider will not pass. The budget has been otherwise agreed on and, if a compromise of some sort can be reached, then we would have a budget.

But that seems like it would be too easy, wouldn’t it?

Sometimes, Congressional leadership know that there is so much disagreement on the budget that they will never pass a real budget bill in time. In such an instance (like right now), we get temporary budget bills, which agree to keep the government from shutting down until a particular date, allowing for more negotiation. That is what we are currently hoping for. The Senate has actually already passed a “clean” bill that will fund the government through December 11th without the Planned Parenthood rider, and it is now up to the House of Representatives to vote on the same bill by midnight tonight, or our government turns back into a pumpkin. Can you guess what organization might be causing the delay?

It would take too much time to go through each representative’s personal viewpoints, so let’s just examine some of the major players on each side.

Rep. Jason Chaffetz (R-UT): Chaffetz is the current chairman of the House Oversight Committee. He led the hearing yesterday for Planned Parenthood president Cecile Richards and has been overseeing a large investigation of Planned Parenthood for months, the results of which were published yesterday. You can read them here.

Rep. Sean Duffy (R-WI): Duffy introduced HR 3495, which would change the State requirements for funding organizations that perform abortions (State here meaning the nation-state, not individual states). The bill did pass the House, but will most likely be blocked by Senate Democrats, meaning that it will never pass.

Rep. Fred Upton (R-MI): Upton is the current chairman of the House Energy and Commerce Committee. As Chairman, he has been active in the investigation against Planned Parenthood and will be leading a markup session in the coming weeks about a new bill designed at defunding Planned Parenthood for one year and allocating to funds to other community health organizations.

Rep. Diane Black (R-TN): Black introduced HR 3134, which directly defunds Planned Parenthood. This bill passed the House and is now waiting for the Senate, who will most likely not put it on the calendar until the budget extension is dealt with.

Rep. Paul Ryan (R-WI): Ryan is the current chairman of the House Ways and Means Committee. He has said in interviews that his committee is currently working on a “budget reconciliation” plan. This type of plan cannot be blocked with Senate filibuster, allowing Republicans in both chambers to pass a bill that contains Planned Parenthood defunding if necessary. Several other representatives have voiced opposition to Planned Parenthood, but we do not have time to look at them all here. You can get a good idea about where the various representatives stand by examining the roll call vote for HR 3134.

Because all the major supporters of Planned Parenthood are Democrats, this is a little more complicated. Because they are the minority party, and because they are working to prevent a bill rider to pass as opposed to actively writing legislation, it is less obvious who is supporting and who is not. Most House Democrats have voted against any previous bills that defunded Planned Parenthood, and for the most part the party appears to be unified on this issue. However, no House representatives—most likely due to lack of opportunity—have done anything of note besides making speeches to demonstrate their support.

If I had to pick some of the more vocal supporters, I would go with Rep. Nancy Pelosi (D-CA) and Rep. Barbara Lee (D-CA). Rep. Carolyn Maloney (D-NY) has also come out as a strong supporter for Planned Parenthood during the House Oversight Committee hearing yesterday with Cecile Richards.

That being said, it’s hard to be extremely influential as a member of the minority party besides blocking votes.

House leadership is frantically trying to get enough votes to pass this temporary clean bill so we can fund the government through December. This will allow for additional debate about Planned Parenthood, more facts to come out, and more stories to be heard. If the government does shut down over this, the shutdown will probably not last long as they are always viewed as politically unfavorable, especially for the majority party (historically less so for the President who normally gets away with it).

So those are the facts. Use them as you will. Like I said, I don’t want to discuss the moral issues about this. I just want those who are involved in this debate to understand the political world that they’re working in. Best of luck in your activism, whatever that may be! 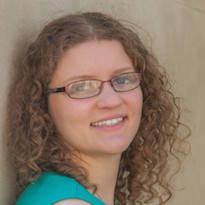 KELSEY JO STARR is a Master’s Student at the George Washington University studying legislative affairs. She is passionate about separation of church and state and helping others understand the complicated political and legal world we live in. Her current expertise is in American politics, but she is working to expand her knowledge in hopes of better understanding how religion affects people all over the world. On the Secular Spectrum, Kelsey Jo would probably fall somewhere between the Academic and the Activist.

October 6, 2015 Catching the rainbow
Recent Comments
6 Comments | Leave a Comment
Browse Our Archives
get the latest from
The Secular Spectrum
Sign up for our newsletter
POPULAR AT PATHEOS Nonreligious
1

Conspiracy Theorists
I like 3lermeope: he (I presume) always brings fine wine to the...
view all Nonreligious blogs
What Are Your Thoughts?leave a comment

6 responses to “The Planned Parenthood Debate 101: What You Need to Know”