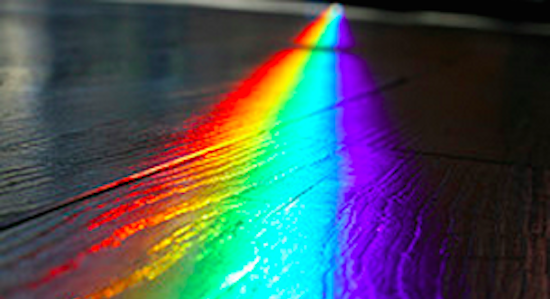 Our family has a longstanding relationship with the speed of light. We take care never to exceed it, for one thing, no matter how tempting. But there’s more than that.

I had all sorts of light-related fascinations when I was a kid — that light had a speed at all, and that it was so unimaginably fast, yet also finite and measurable. I knew the moon was a light-second away, the sun eight light-minutes, and Proxima Centauri, the nearest star, 4.2 light years. I knew that the Milky Way, one galaxy of billions, is 100,000 light years side to side.

Light helped me finally grasp the real immensity of the universe and my own incredible smallness.

Light is SO much faster than sound — almost a million times faster — which is why lightning is already kicking back with a light beer when thunder comes panting up behind.

This stuff gave me endless fodder for discussion on first dates. It also cut down on second dates.

When it came time to marry, I limited contenders to those with no more than two degrees of separation from the speed of light. Fortunately my college friend Becca attended the same high school as Nobel laureate Albert Michelson, he of the Michelson-Morley experiment, which laid the groundwork for special relativity by showing that light always travels at the same speed, even if you are moving rapidly toward or away from the source.

Becca and I were married in a San Francisco church with You-Know-What streaming through the windows.

Our kids have picked up the thread. As we drove home from his football practice years ago, my son Connor (then 12) asked why time slows down as you go faster. (The previous week we had discussed the very cool Hafele-Keating experiment in which cesium clocks flown around the world differed from identical clocks on the ground by a few nanoseconds. I think I spotted the exact moment during the practice that he was thinking about Hafele-Keating instead of Offensive-Lineman.)

He stared out the window for five seconds, then said, “So light doesn’t experience time, then.”

Boom. I’d never thought of it. Turns out he was right.

A few years later, standing in the dark waiting for the school bus, I learned that I’d never shared with Delaney (then 9) the cool fact that many of the stars we see probably aren’t there anymore. Some may have blinked out millennia ago, but the end of the column of photons, even at 186,000 miles a second, still hasn’t reached us. I told her that tomorrow morning we might see a new bright star in the sky called a nova, which means “new,” even though the star isn’t really being born, it’s dying. Or was dying thousands of years ago, and is brightest to us now even though it might actually be completely gone.

Looking up, she made all those astonished, comprehending sounds I’d come to love, and the bus arrived.

On the heels of the 2011 announcement that the speed of light might have been exceeded by neutrinos at CERN, my wife Becca took the opportunity to give her second graders a little insight into how science works. “All these years we thought light was the fastest thing possible,” she said. “Even Albert Einstein said that was true. Now maybe, just maybe, scientists have found that it’s possible for something to go even faster. First they have to test and test again to be sure, and if it is, they’ll say, ‘Wow, we were wrong. We have to change our minds.'”

Second grade is not too soon to start saying that out loud.

It’s true that we’re capable of upending our Newtons and Einsteins when the evidence insists, but of course it never happens quite as gladly as we sometimes claim. Individual scientists are just as prone as the rest of us to kick and scream and bite to protect their favorite conclusions, until the collective enterprise of science itself busts them upside the head. The important message for these second graders, though, is that science contains the ability, the means, even the willingness to change its conclusions in light of new evidence, despite whatever preferences individual scientists might have. (The CERN scientists assumed they had made an error in measurement, which it turned out they had. They kicked the side of the accelerator a few times, and neutrinos were once again obeying the posted limit.)

All this light conversation brought me back to experiments I conducted around age seven, just inside my front door in St. Louis. The beveled edge of the glass on our front storm door formed a little prism, which at a certain time of day threw a tiny, intense rainbow on the floor.

I decided I was going to catch that rainbow. In a shoebox.

In what may be a perfect illustration of the seven-year-old mind, I knew I’d have to move faster than light to do this, and that light is the fastest thing there is. So it would be really hard.

I found a shoebox and held it above the rainbow. I slowed my breathing and concentrated…then CLOMP! brought the box down.

Too slow. The damn thing was on top of the box.

I’d do this for a good half hour at a time before giving up — but only for that day. I remember thinking maybe light was a little slower in the winter, which is why it was colder then. So I tried again in January, by which time the rainbow, knowing I was after it, was in a different spot on the floor. Even then, it was always just a liiiittle faster than I was, and the rainbow appeared on top of the box.

I eventually gave up my dream of catching the rainbow. But maybe CERN made a mistake about their mistake, and I just need to find a box made of neutrinos to get back in the game.

September 30, 2015
The Planned Parenthood Debate 101: What You Need to Know
Next Post 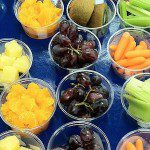