It’s not every atheist who has the privilege of receiving an authentic Miracle of God — you know, the kind they canonize saints over.

Okay, I’ll admit that I had several frequently fatal conditions competing with each other over which one would get a chance to kill me: Legionnaire’s disease, severe sepsis, multiple strokes on both sides of my brain, lung and kidney failure, and a six week coma. And that’s ignoring my rare autoimmune disease, dermatomyositis, the treatment of which suppressed my immune system, setting off this cascade of unfortunate events. Oh, and did I leave out that I also had listeriosis? I’ve been told my recovery was a miracle so many times that I’ve called myself Miracle Girl.

Indeed, I’m probably the only atheist who’s strengthened the faith of more believers than Richard Dawkins.

A Washington Post piece called me, “Funny, frequently profane and adamantly atheistic.” I want that on my tombstone. But thanks to my doctors and my body’s Darwinian survival mechanisms, I probably won’t need it for a while. Now, I’ll allow that my recovery was remarkable, even unlikely. My doctors proclaimed me profoundly brain damaged and advised my loved ones to give up hope for my recovery. But it was far from a miracle, unless you mean a miracle of modern science. I enumerated the steps that my doctors took to save my life in my Skeptical Inquirer article, “Covert Cognition: My So-Called Near-Death Experience.”  Hint: God had nothing to do with it.

Ultimately, I owe my survival to evolution, even though I was hardly the fittest. My doctors had all but given up hope for my chances, yet they continued to do everything they could for me. When doctors say you have a one percent chance of survival, you might want to think about drafting your will. But among that cohort, one in a hundred will draw the Golden Ticket. I won that coveted prize.

A fundamentalist friend once told me, just because my recovery can be explained, that doesn’t mean God wasn’t involved. [Incidentally, she was one the friends praying for me that I wrote about in my essay “Without a Prayer of a Chance,” in the Oct/Nov 2015 Free Inquiry.] So God made my doctors give me massive doses of antibiotics, the standard treatment for Legionnaires’ disease. He commanded them to hook me up to a ventilator and perform dialysis. He also forced me to undergo grueling physical therapy to help me walk again. And all for a long-time atheist writer who has mocked God relentlessly and whose first sale was to American Atheist Magazine.

That’s big of him.

Indeed, I was raised agnostic, so I’ve never believed in God in the first place. That’s awfully open-minded for the vengeful God of the Old Testament. But now he’s a kinder, gentler kind of God, you may say. I guess everyone mellows out as they age. But I’m Jewish, and my God could beat up the modern Christian idea of God and drown all his people too, including those wicked little babies. Isn’t Noah’s Flood such a cute children’s story?

Maybe God said…bygones! If so, I would have to reply, thanks God, but I still don’t believe in you, anyway. 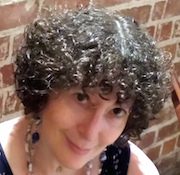 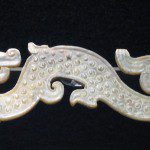 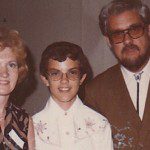 October 22, 2015 Getting My Own Story Straight
Browse Our Archives
Related posts from The Secular Spectrum