Fear and Anger Over the Ohio State Knife Attack 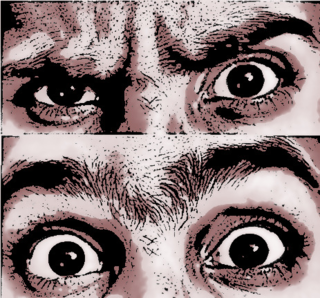 I felt a stab of cold fear when I first learned about the knife attack at Ohio State, the university where I teach, on November 28. Safely at home when the attack occurred, I saw the faces of my students and colleagues flash before my eyes. Were any of them in harm’s way? As reports from friends and colleagues trickled in, I was glad to see none of them harmed, although my research assistant was right nearby and got a scare.

After the initial fear passed, I felt a growing heat of anger. Who did this and why? I checked news websites obsessively.

I learned that the attacker was a student at Ohio State, Abdul Razak Ali Artan, a Somali Muslim. He rammed his car into a crowd on campus, and then ran out waving a knife and stabbing people, before being shot and by an Ohio State police officer.

As I learned this, my thoughts immediately turned to the possibility of terrorism. The situation pattern-matched the attack at my alma mater UNC-Chapel Hill in 2006, where a former student rammed his car into a crowd of students to – in his words – “avenge the deaths of Muslims worldwide.” This was part of a broader pattern of using cars to ram people, mostly perpetrated by Muslim extremists.

However, being an expert on how our brain’s faulty wiring leads us to make bad decisions, I knew that such pattern-matching is a dangerous trap. We evolved in the savannah environment, where we had to make snap judgments about threats from predators, and our brain is well-adapted for that setting. It is poorly adapted to modern conditions, where threats are more complex and ambiguous, and we have much more time to investigate and determine the actual circumstances. Fortunately, learning about where our intuitions may lead us astray helps us make wise decisions about how to proceed.

Our natural instinct is to extend the fear and anger we experience from the specific individual to all individuals sharing his background, Muslim and Somali. This is a thinking error known as the horns effect, where we irrationally extend a negative perception of one member of a group to the whole group.

Some politicians already fell into this trap. For instance, Representative Peter King (R-LI) stated that “there have been significant terror problems with Somali immigrants over the past several years in the United States.” Yet according to johnstonarchive.net, in 2015 there were no Somali perpetrators of terrorism in the US and in 2016 only one. This is hardly “significant terror problems.”

Other politicians started criticizing Muslims. Thus, the State Treasurer of Ohio Josh Mandel Tweeted: “Looks like Radical Islamic terror came to my alma mater today.” Yet we have no evidence to support Mandel’s claims. What we know is that Artan expressed fear of Islamophobia in an August 2016 interview with the Ohio Student newspaper. He also expressed anger in a Facebook post right before the attack, saying “I am sick and tired of seeing my fellow Muslim brothers and sisters being killed and tortured EVERYWHERE… I can’t take it anymore.” These statements are not characteristic of “Radical Islamic terror,” but reflect fear and anger over the treatment of Muslims.

Reactions like King’s and Mandel’s are natural, since they flow out of how our brains are wired, but they are not rational, as they do not reflect the reality of the situation and do not help us achieve our goals – being safe from terrorism. Instead, such expressions of fear and anger feed into the Muslim anxiety syndrome sweeping the United States and increase the irrational stigma toward Muslims and Somalis, harming relations with these communities.

Such worsening of relations makes it less likely for members of these communities to cooperate with the authorities in investigations of potential terrorism. Moreover, as we can see from Artan’s words, his experience of fear and anger at the hands of Americans served as important factors for pushing him into his senseless violence.

In this case, our brain’s natural patterns make us less safe, and lead to an escalating cycle of violence. We need to recognize that fear and anger we may experience toward those of Muslim and Somali background is irrational, and instead work against these instincts by being extra friendly – much more than we intuitively feel – toward these folks. Only by intentionally overcoming these instincts and working against them can we break the cycle of violence and grow safer! 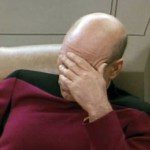 December 1, 2016
Don’t Be Fooled This Giving Season: Give Wisely!
Next Post

December 14, 2016 Foundation Beyond Belief Needs Your Help!
Browse Our Archives
Related posts from The Secular Spectrum