This has nothing to do with President Trump. I just needed to use the word. This week, it seems to be the only way to get noticed online and I want this to be read. The title does, however, reflect the truth of this story. It is about how trust was betrayed when I left the faith.

One night when I was still an active minister, my cell phone rang after 11 pm on a Sunday night. I looked at the phone and saw it was my LGBTQIA child. He was out of town visiting relatives. He rarely called on the phone, let alone this late at night. I answered with my heart beating hard.

“Dad,” he said in a voice that was shaking and quiet, “Am I an abomination?” The question with the tone in his voice felt like a punch in the solar plexus forcing all the air out of your lungs.

“No. Why would you ask such a thing?” My own voice started to shake.

He told me he was taken to church that morning. The bishop was giving the message and used the bible to speak about how queer people were a threat to the very fabric of the American family. My child did not go up for communion. Later in the day he tried to express his concerns about how the sermon made him feel and his adult blood relatives told him that he needed to understand the biblical view of the bishop.

I tried to explain to him that this man was hateful, the adults were wrong, and they are interpreting the Bible wrong. He asked through tears what if it was me who was wrong.

I said firmly, “I would not serve that God.”

“That would mean you would go to hell, dad.”

“If that were the case, so be it. Because if that is the position of god, I am a better father and I would rather burn in hell than serve a monster.”

“You do not have to do that,” he was begging and scared. Scared for me.

“Yes I do. You are my child. I love you as you are. You are not an abomination. You are my life and I promise you that your relatives and that hateful old man on the pulpit will know my voice.”

We talked some more. I felt so helpless. I wanted to reach through the phone and transport myself hundreds of miles away so I could hold him and make this pain go away. I wanted to get in my car and come get him and even asked him if he wanted me to do that. He said no. If he had said yes, I would have been in my car driving east in a heartbeat.

When we got off the phone, I shook and I cried. I could not sleep and saw the sun rise. More was going on inside of me. I remembered being a youth pastor in the 1990’s telling teens in the church I worked at that being gay was a sin. Statistically, there were likely LGBTQIA youth in my care and I may have hurt them. I could never unsay those words, I have no contact with them anymore. All I could hope is that they wrote me off as a hateful and ignorant man or that they rose above what I had done to them.

I was lied to and I lied to them about orientation and gender identity. These lies hurt children, including mine. That was not the first time I felt lied to by Christianity.

I was 15 the first time I went to a church youth group. I was recently removed from an abusive home environment and had few friends and a very low self esteem. I just wanted a place to belong and to be liked. I craved it. I was given it. I was also told that there was a god who loved me and had a wonderful plan for my life. I was told that I was going to hell and this loving god had a way for that not to happen to me. I could belong, be loved, and make a difference.

There was an older teen in the youth group. He was popular and well liked and he would call me on the phone once in awhile and we would talk. He would tell me wonderful and encouraging things and I thought I had a friend. Someone popular who liked me. Later, I would become popular and become a teen leader in the youth group like he was. The youth pastor would give me a list of new or unpopular kids to call and keep them plugged into the church. It was then I learned I did not have a friend, I was an assignment. Most of these kids, including him, saw this task as a burden.

I took these lies and lived them. I felt betrayed. Not all of them could have been as ignorant as I was. Some of them had to have known or suspected they were full of shit. Almost four decades of my life believing certain things and over a decade of being a teacher and authority figure in that system knowing that I continued the tradition of harm weighed heavily on me. I was angry.

When you face this part of your life when walking away from a belief, you feel betrayed and trust becomes hard. Why is this important? Why do I mention this in the series? I mention it not just to be another secular voice slamming religious people, but to tell secular people to be mindful of the betrayal and the trust issues. Do not repeat the same mistake.

There are some atheists and secular organizations that feel like recruitment in their approach. Think about the parallels for a moment. In my deconstruction I was vulnerable, I was alone, my self esteem and understanding of the world was very uncertain.  There is a possibility of two dangerous roads for someone like me when I was in that place. I would want to belong somewhere so badly that I would sign up again without critical thought.  Another strong possibility is that my limited trust would become a trigger and I would push you away.

Trust issues are serious. This is not a mere quest for facts. When dealing with someone questioning their faith and beginning to think skeptically, they need that hurt acknowledged and they need space to process and acceptance no matter how messed up they are. Please, give us room to process and make our own conclusions. Be present with us in our pain. Understand. 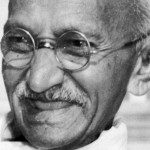 January 23, 2017
What Would Gandhi Do About Trump? High-Time For a Science Of Wisdom
Next Post 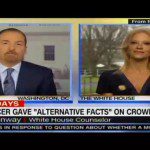 February 7, 2017 The Science of Solving Alternative Facts
Browse Our Archives
get the latest from
The Secular Spectrum
Sign up for our newsletter
POPULAR AT PATHEOS Nonreligious
1

Marjorie Taylor Greene Is Pregnant And...
Laughing in Disbelief
Related posts from The Secular Spectrum

Come to my Talk on the Resurrection -...
Okay, so this might be out of the question to the majority...
view all Nonreligious blogs
Copyright 2008-2021, Patheos. All rights reserved.