What Would Gandhi Do About Trump? High-Time For a Science Of Wisdom 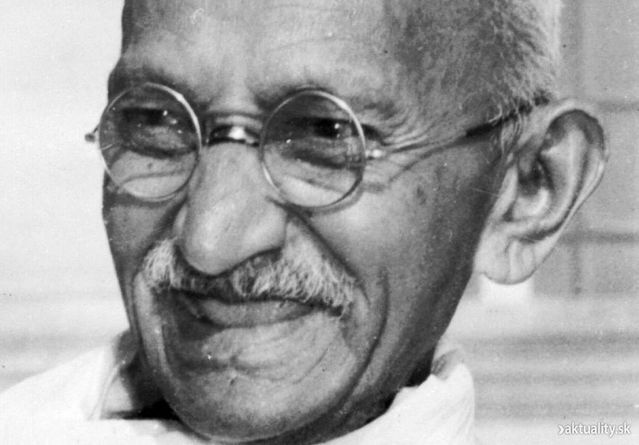 It was 3:30 AM, and my wife and I were crumpled in stunned silence in the back of a taxi, racing through the deserted streets of South London. Our all-night US election party on November 8, 2016 had taken an unexpected turn from a celebration to a tragedy. Black comedy was fast becoming a dark reality.

In defiance of all expectations, post-truth politics won and Donald Trump was soon to be the most powerful individual on the planet. My British stiff upper lip was no match for the shockwave. My American wife’s can-do spirit was buckling under the emotional wallop. An adequate response seemed beyond my grasp.

But then, an uninvited thought popped into my mind – What would Gandhi do (WWGD)?

In shattering times like these, it can be hard to know how to respond. When faced with crisis, we often turn to role models who can offer guidance on how best to forge a wise path forward. Mahatma Gandhi is often cited across generations and cultures as one of the wisest people of the 20th century. That, I believe, is how I came to be thinking about WWGD in the back of a taxi at 3:30 AM.

While Gandhi’s wisdom is no longer with us, a new field of scientific research has recently emerged, which aims to provide guidance for dealing with these kinds of problems. This new field is “Wisdom Research” and it will come as no surprise to learn that it has been growing rapidly of late. As neuroscientist Dilip Jeste suggested in his recent TED talk, “wisdom” includes much more than intelligence: “Wise people are intelligent, but not all intelligent people are wise.” Wisdom is called for when facing  “wicked problems,” where the path ahead is full of uncertainty. Sound familiar?

THE BERLIN WISDOM PARADIGM – A Science of Wisdom

A “science of wisdom” almost seems too audacious to say out loud. Can the scientific method really tell us how to navigate our unpredictable and messy lives in the real world? This is what a bold team of behavioural scientists in Berlin decided to find out.

It was 1984 and, after years of neglect by the academic community, “wisdom” was about to meet the scientific method for the very first time. Their pioneering work evolved into the “Berlin Wisdom Paradigm.” It was the first scientific attempt to grapple seriously with the ancient concept of wisdom and, as The New York Times writer Stephen Hall states, “The Berlin researchers nonetheless obtained the most comprehensive empirical understanding of wisdom by any single group in modern psychology.”

The team defined wise people as having “expertise in the fundamental pragmatics of life.” So, essentially, “life experts.” Their 5-component framework is quite detailed and sets high standards for anyone hoping to ‘achieve wisdom’. Two aspects of their wisdom framework, however, relate directly to the pressing questions I faced sitting shocked in the back of that taxi on election night.

WISDOM PART I: RELATIVISM OF VALUES AND LIFE PRIORITIES – There is more than one perspective

The initial research in Berlin showed clearly that high wisdom performers recognise and accept that different groups have different values. We generally believe that we see the world around us “as it is.” Therefore those that disagree with us are evidently “out-of-line” in some regard. This human tendency is known by the scientific term Naïve Realism.

The famous “Blind Men and The Elephant” tale of Buddhist tradition illustrates this point beautifully. One blind man feels only the tusk of the animal and concludes that an elephant is like a plough. Another man feels its leg and insists an elephant is like a pillar. You get the picture. Only by acknowledging that people have different perspectives, and that therefore our perspective is also only one of many, can we get a fuller picture of how the world really works. 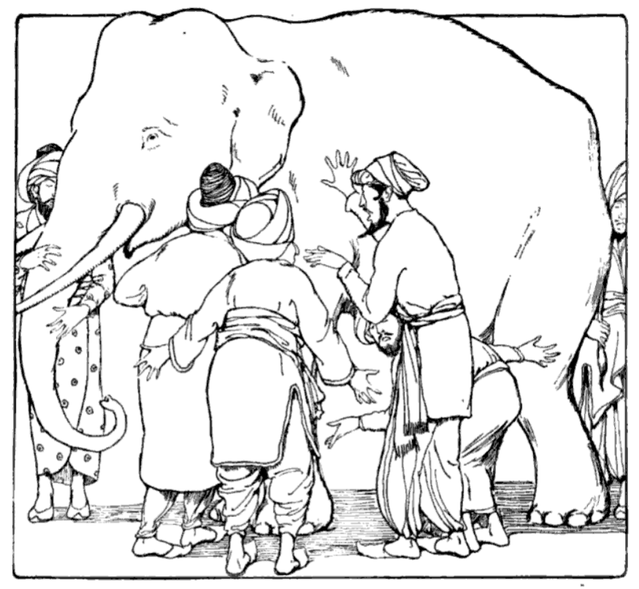 The current political system is so brutally partisan that genuine attempts to understand “the other view” have all but disappeared. Wise people, the Berlin researchers found, see that their view is only one of many, and that only by seeking out alternative views can they expand their understanding of reality. As social psychologist Jonathan Haidt wrote in The Happiness Hypothesis: “A good place to look for wisdom, therefore, is where you least expect to find it: in the minds of your opponents.”

Our political adversaries should not be viewed as fools, but rather as a potential means of broadening our understanding of the world. It seems a problem can best be understood and tackled when viewed from many sides.

This was slowly dawning on me during my nighttime taxi ride. Uncomfortable as it might be, I was going to have to engage with people from the other end of the political spectrum. It was time to burst that filter bubble.

Behavioural science has shown that many thinking errors and cognitive biases stem from overconfidence in our own knowledge or skill.

Top wisdom performers were found to be acutely aware of the limits of their knowledge and yet are still able to take reasonable “best-guess” real-world decisions. This suggests that, when forging a path of action, we need to do what we think is best, yet maintain a healthy scepticism of certainty in ourselves and in others. This also makes it much easier for us to update our beliefs as the situation changes around us.

So how did Gandhi demonstrate this wise self-doubt? He changed his position on vital issues a number of times. In 1939, for example, when the British entered into war against Nazi Germany, Gandhi suggested that the British be offered non-violent moral support from the Indian people. However, following discussion with many of his colleagues who disagreed with him, he reconsidered. He concluded that it wasn’t wise to support the British in a fight for democratic freedoms when India itself was still under British rule. He went on to trigger a huge civil disobedience movement with his famous “Quit India” speech aimed squarely at the British occupiers. Gandhi clearly maintained sufficient self-doubt to change his path of action when necessary.

Since we are all now engaged in making choices in a climate of great political and social uncertainty, such skilful engagement with and management of incomplete information seems especially crucial.

So, there I sat in the taxi, pretty certain and righteous that I was right and America was wrong. Thoughts of Gandhi reminded me again that I was not on the wise path. I had to loosen my grip on my position, and open up to a new possibility – I might be wrong. As Gandhi would know, that’s a big ask.

WISDOM, FINE. BUT WHY NOW?

The application of science to wisdom seems to be exploding. The number of publications since the early work in Berlin has skyrocketed. I run a project called Evidence-Based Wisdom. We translate scientific wisdom research into understandable and helpful resources for the public.  In my work I am lucky enough to pick the brains of many scientists operating at the cutting edge of this new field, and I often ask them the question, ‘Why now?’

The reply of one such trailblazer, Igor Grossmann, Assistant Professor of Psychology and Director of The Wisdom and Culture Lab at the University of Waterloo, was illuminating:

In essence, most wisdom traditions try to grapple with questions of managing the complexities and uncertainties of life. Therefore, in uncertain times wisdom is likely to be more appealing. I would also think that the work of developmental psychologists in the 80s and Paul Baltes, Ursula Staudinger and their colleagues at the Max Planck Institute in Berlin in the 90s provided a fruitful soil for nurturing a scientific study of wisdom.

So, in our current challenging and uncertain times, a science of wisdom has emerged, perhaps not a moment too soon. Facing greater and greater uncertainty and complexity, we need a framework for making choices that: integrates intelligence with emotion; considers multiple perspectives, often in uncertain situations; and directs our efforts to the common good. As our world continues to get more uncertain and complex, and technology further entwines our fates, you will be hearing a lot more about the science of wisdom.

Although, of course, I can’t be certain.

SO, WHAT WOULD GANDHI DO? – PRACTICAL ACTIONS

Unfortunately, even though we see clear signs of wisdom in Gandhi’s choices, we can’t know exactly what he would do if he was faced with the prospect of a Trump presidency. However, science can now suggest how to respond with the wisdom for which he was so renowned. So, when you are deciding how best to respond to the recent political shockwave, try activating your capacity for wise behaviour by using the following two strategies:

ACTION 1: Seek out other perspectives, and view your opponents not as fools, but as sources of alternative insight.

ACTION 2: Be aware that your understanding is always partial – we, each of us, “sees through a glass darkly” – so maintain a healthy scepticism of certainty in yourself and in others. You will ultimately make more progress by declaring your uncertainty than hiding it.

As the taxi pulled up outside my apartment, a “wise plan” was forming. If I hoped to get a clearer idea of what on earth had just happened, I would need help from Trump supporters in understanding where they were coming from. And I would also need to let go of pretending to have all the answers.

As a first step, I like to think it’s what Gandhi would do.

Did you find this post helpful? Support my ability to keep writing on Patreon!

Bio: Dr. Gleb Tsipursky helps leaders and organizations avoid disaster through science-based strategies for effectivedecision-making and emotional and social intelligence. He is a well-known scholar, entrepreneur, author, speaker, consultant, coach, and activist in these areas – for more information or to hire him, see his website, GlebTsipursky.com. He runs a nonprofit that helps people use science-based strategies to make effective decisions and reach their goals, so as to build an altruistic and flourishing world, Intentional Insights. He also serves as a tenure-track professor at Ohio State in the History of Behavioral Science and the Decision Sciences Collaborative, and published over 25 peer-reviewed articles. A best-selling author, he wrote Find Your Purpose Using Science among other books, and regular contributes to prominent venues, such as Time, The Conversation, Salon, The Huffington Post, and elsewhere. He appears regularly on network TV, such as affiliates of ABC and Fox, radio stations such as NPR and Sunny 95, as well as internet-only media such as podcasts and videocasts.

Consider signing up to the Intentional Insights newsletter; volunteering; donating; or buying merchandise. Get in touch with him at gleb (at) intentionalinsights (dot) org. 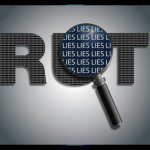 January 21, 2017
A Weird American in Trump's Post-Truth America
Next Post