There Is No Normal 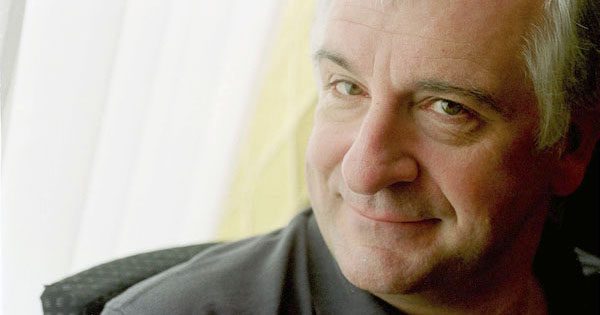 The fact that we live at the bottom of a deep gravity well, on the surface of a gas-covered planet going around a nuclear fireball 90 million miles away and think this to be normal is some indication of how skewed our perspective tends to be.  — DOUGLAS ADAMS

If the universe were in any way fair or kind, Douglas Adams would turn 65 tomorrow.

Adams was one of those people whose sensibility slapped me awake — not completely, but that’s a good thing for a reason Adams fans will know. I’ll get to that shortly. Most of the time, despite the help of Adams and others, I’m fast asleep to our bizarre, fantastic situation.

I spend most of my time thinking it’s normal that we all emerge into the world from our mother’s bodies — seriously, think about that — because it’s always been true. My kids think that pulling up a YouTube video on an iPhone in a moving car is nice but not incredible, since they can’t remember ever not being able to do that.

I’m the same with things that have always been true. Like the Mom-as-world-portal thing.

You’d think I could at least hang on to the wonder of things I haven’t always known, like the fact that the gold in my wedding ring was made in a dying star, or that I’m related to my lawn, and not just by marriage. Or that every bit of me has been around since the beginning of time. Not always so well-organized, but here from the start.

I contain 60,000 miles of blood vessels. I put that number into my head through my eyes about 15 years ago, and it stuck because I liked it enough to “remember” it, whatever that means. When I needed it just now, I found it in my head and made it come out through my fingers. I don’t know how I do that, yet it’s how I make my living.

I try to keep my kids (who came out of my wife and are half me and half she) awake as much as possible. Every morning when my youngest and I (two pieces of the universe that became conscious) step outside to the school bus stop, there’s something cool in the sky. Like you know, the sky. We “talk” about it by using our throats and mouths to make the air wiggle, which in turn makes little bones and hairs in our ears wiggle, which our brains understand, of course, because that’s somehow normal.

I get this perspective back for minutes at a time, then lose it for months. I should be paralyzed with wonder all the time. But I forget.

I gave a talk in Michigan a while back. A great time, and I left feeling good. But what was supposed to be a quick transfer at O’Hare turned into a four-hour gate-wait when my flight to Atlanta was cancelled. I was rebooked on a flight to Dulles, which left an hour late, causing me to miss my connection to Atlanta by four minutes. I had to spend a five-hour night in a DC hotel before hopping an early flight home.

The next morning I landed in Atlanta, surly and exhausted, 22 hours after I’d left Grand Rapids. I’d had more than enough of airports and planes.

But as we were taxiing to the gate, something incredible happened out the window. Not 200 feet away, an absolutely enormous metal tube with wings, filled with people, suddenly jumped into the sky.

You’d think such a thing would make the news. Imagine my surprise when I learned that it happens over 95,000 times a day all over the world. Here it is compressed to a minute. Follow the sun:

Be careful not to wake up too much, though:

Trin Tragula—for that was his name—was a dreamer, a thinker, a speculative philosopher or, as his wife would have it, an idiot.

And she would nag him incessantly about the utterly inordinate amount of time he spent staring out into space, or mulling over the mechanics of safety pins, or doing spectrographic analyses of pieces of fairy cake.

“Have some sense of proportion!” she would say, sometimes as often as thirty-eight times in a single day.

And so he built the Total Perspective Vortex—just to show her.

And into one end he plugged the whole of reality as extrapolated from a piece of fairy cake, and into the other end he plugged his wife: so that when he turned it on she saw in one instant the whole infinity of creation and herself in relation to it.

To Trin Tragula’s horror, the shock completely annihilated her brain; but to his satisfaction he realized that he had proved conclusively that if life is going to exist in a Universe of this size, then the one thing it cannot afford to have is a sense of proportion. — Douglas Adams, The Restaurant at the End of the Universe

Fortunately you don’t need total perspective to lose yourself in slack-jawed astonishment at the world around us. Don’t worry — long before your brain is annihilated, the anesthetic of familiarity will drag you back to the illusion of normal.

Then as soon as you get back, start planning your next vacation.

DALE McGOWAN is the author of books including Parenting Beyond Belief, Raising Freethinkers, and Atheism for Dummies. He lives in Atlanta.

July 19, 2017 See Me
Browse Our Archives
Related posts from The Secular Spectrum