Science Deserves Our Skepticism, Not Our Cheerleading

Science Deserves Our Skepticism, Not Our Cheerleading September 27, 2017 Shem the Penman 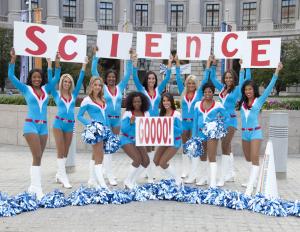 Science is too important to our culture for us to idealize it, and it warrants our skepticism.

Critical thinking means applying skepticism not only to the things other people believe, but to things we consider important too. Science is the basis for the way we define life, the universe, and our history. So it’s important that we have a realistic view of science, the good and the bad.

I’m not suggesting that we reject scientific theories that are accepted by the majority in the scientific community. That’s not skepticism, that’s denial. The Big Bang, species evolution and common descent, the efficacy of vaccines, and the reality of anthropogenic global warming are all well-established scientific theories supported by a wealth of research.

What I’m talking about is our view of what science is, how and why it was developed, and the limits to its applicability.

Science as a Human Endeavor

It’s not like science was discovered the same way European mountaineers discovered snow-capped mountains in equatorial Africa. It was developed in a certain time in human history for very specific reasons, and still bears the marks of that era’s thinking.

The powerful during the age of European exploration and colonialism needed borders for their territorial conquests, natural hierarchies to validate their superiority, a way to define the Earth that allowed for the exploitation of its resources, and technology to enable domination and control. Scientific inquiry provided these things. Since modern science originated in a male-dominated, colonial society, the ways we conceptualize Nature, humanity, and even the aims of inquiry itself are sodden with the cultural biases of the men who developed it.

The aims of science, just like the way we approach certain phenomena, change through the ages. If we like to think science is all about exploration and discovery, we should at least admit that for the civilization that invented it, it was about domination too. And if science has been a benefit to humanity in many ways (like the eradication of smallpox), it has also had its downside: it has made it possible to vaporize tens of thousands of people in seconds, and its applications (in terms of fossil fuel use) now threaten the future of human life on Earth.

Making Science the Answer to Everything

Science purports to describe how reality is, and limits its description to include only empirical and verifiable factors. This is the reason for its versatility and power. However, its success has given us the illusion that only empirical factors truly exist, as well as the idea that since science can explain natural phenomena, it’s applicable to any social or cultural context. And the problem with this thinking is that human cultures are made up of more than data. Science isn’t equipped to describe what a just society is, how authority should function, or the worth of human life. Things like justice, authority, and meaning aren’t made-up stuff, irrelevant by definition because they’re not scientific.

There are pitfalls in defining human endeavor only in scientific terms. Even in our day and age, we try to reduce complex cultural issues to scientific matters. We can explain things like gender in terms of neuroscience and brain characteristics; we can explain disease and deviance in terms of genes and chromosomes; and there are a wide range of complex social phenomena that we can explain as the outcomes of selection strategies in our evolutionary past. The problem is that, like the guy in the old joke looking for his keys under the streetlight instead of in the park where he lost them, we prefer to look for answers in the place we’re least likely to find them as long as it’s well-lit and familiar.

Putting Science in the Proper Perspective

No one says we need to get rid of science. It’s simply a matter of perspective. We need to stop talking about science as something magical, a totally objective and self-correcting quest for truth that transcends cultural biases or vested interests. Research doesn’t fund and conduct itself, and data points don’t interpret and arrange themselves into a theoretical framework; the institution of science deserves our skepticism as much as any institution in our society. Science is a human endeavor, and it’s prone to all the bias and baggage of any other human endeavor.

What do you think? Are we as realistic as we should be when it comes to science? Is the resistance to criticism of science a sign that it has come to mean more to us than a formalized program of inquiry? 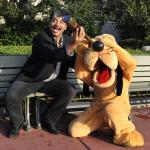 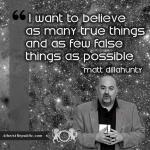 September 28, 2017 That's Not Critical Thinking: Dillahunty's Folly
Browse Our Archives
get the latest from
The Secular Spectrum
Sign up for our newsletter
POPULAR AT PATHEOS Nonreligious
1

Don't Ever Believe the Hype: Authoritarian...
Roll to Disbelieve
Related posts from The Secular Spectrum

Majesty of the Mountains
Even if you've lived all your life in West Virginia, the immensity...
view all Nonreligious blogs
Copyright 2008-2021, Patheos. All rights reserved.