It’s ironic that the people who are loudest in denying that scientism exists are the best examples of scientism in action. Scientism isn’t just a word religious people made up to bait skeptics, it describes a real bias: that which claims that science is our only source of valid knowledge.

Is there such a thing as scientism?

In response to Humanist Magazine’s very reasonable discussion of Neil deGrasse Tyson’s Rationalia tweet , a commenter took issue with the author’s reference to “faith in scientism.”

There is no such thing as scientism. It is a term that religious opponents of science have created in an attempt to discredit science by recasting it as a religion itself and thereby devaluing it in the same way that religion is devalued.

Science … is the only means by which we have reasonable support for the things we believe. The scientific process is itself value-free, but that doesn’t mean we can’t derive values from it. For example, we can use DNA to demonstrably prove that Africans are not a lower form of human than Europeans; that’s not a value judgement, it is a scientifically demonstrable fact that there are no structural differences between African and European DNA that could justify such a belief. That’s not idealizing science; that’s science in action.

However, this is the very definition of scientism: making science the arbiter of all questions concerning human existence, and defining all matters as appropriate subjects for scientific inquiry.

But what about the evidence?

Like everyone else with a lick of sense, I reject any and all claims about racial superiority. However, I don’t make it sound like it’s because there’s no evidence to support the claims, since the subject isn’t a scientific one. It’s that we should have ethical qualms about treating other humans as intrinsically inferior, and we should be skeptical of any manufactured hierarchy of humans (as well as other life forms) and the rationales offered for such ways of thinking.

The problem with scientism is that it makes us divide claims—regardless of whether they’re claims about empirical, political, literary, or philosophical matters—into two categories: ones supported by evidence and ones that aren’t. Once again, this produces the illusion that fueled Tyson’s Rationalia fantasy: that every matter can be defined as a scientific hypothesis and assessed with the tools of empirical inquiry. And the reason this illusion is so alluring to people is that it relieves them of the risk and responsibility of making moral choices. If we’re “just following the evidence,” after all, then all matters of human and social endeavor are simply data processing, rather than complex cultural issues that we need to assess from a variety of standpoints. If we’ve defined our mindset as deriving exclusively and inexorably from rational assessment of evidence, then we assume that any rational person would arrive at the exact same conclusions. Therefore, we get to characterize anyone who disagrees with us as irrational and sentimental.

The commenter continues by defining any belief that cannot be tested as an unjustified belief:

This is how philosophically shallow the concept of scientism is. Not only can’t we test most of the beliefs we hold about history, ethics, society, justice, and meaning, but even the very underlying assumptions of science itself. Can we test the assumption that all future futures will be like past futures, the very basis of making testable predictions? If not, then why isn’t this just another “baseless opinion” to be thrown on the heap? 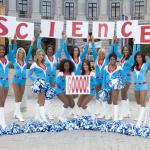 September 27, 2017 Science Deserves Our Skepticism, Not Our Cheerleading
Browse Our Archives
get the latest from
The Secular Spectrum
Sign up for our newsletter
POPULAR AT PATHEOS Nonreligious
1

The Entirely Unsurprising Sexism That Russell...
Roll to Disbelieve
Related posts from The Secular Spectrum