If you can’t fight speech codes with logic and reason, hit ’em with science-words!

In the right wing’s ongoing crusade against academia, speech codes have become the latest battlefield. Universities have come under fire for imposing rules about appropriate speech designed to create a more welcoming and respectful atmosphere on campuses for people who’ve been victims of oppression or violence. Free speech absolutists say this is an unconscionable infringement of the “free exchange of ideas,” but so far universities have been able to defend speech codes as protecting people from victimization.

Enter Geoffrey Miller, a psychology professor and author, who claims that speech codes themselves victimize and oppress. Who do they oppress, pray tell? According to Miller, “people with unusual brains and minds.”

In Quillette magazine (“A platform for free thought”) Miller makes “The Neurodiversity Case for Free Speech,” essentially saying that attempts to define and enforce appropriate speech “impose impossible expectations on the social sensitivity, cultural awareness, verbal precision, and self-control of many neurodiverse people.” He says that many geniuses throughout history have been eccentrics, or even had mental disorders. Their ability to think outside the box went hand in hand with an inability to gauge the propriety of their speech or behavior.

This is an original and cogent approach to the matter of free speech, designed to mirror the very motivations for advocating speech codes in the first place. Surely campus speech activists wouldn’t want to impose rules that themselves discriminate against a marginalized minority, would they? If the aim is to create an environment that fosters diversity, nurtures and protects, what about protecting people on the autistic spectrum and neurodiverse “systematizers”?

What’s Really In the Trojan Horse

Scratch a little below the surface of Miller’s up-with-everybody rhetoric, though, and you find the cynical right-wing attitudes that have traditionally been behind attacks on campus speech codes:

The ways that speech codes discriminate against systematizers is exacerbated by their vagueness, overbreadth, unsystematic structure, double standards, and logical inconsistencies – which drive systematizers nuts. For example, most speech codes prohibit any insults based on a person’s sex, race, religion, or political attitudes. But Aspy students often notice that these codes are applied very selectively: it’s OK to insult ‘toxic masculinity’ and ‘patriarchy’, but not to question the ‘wage gap’ or ‘rape culture’; it’s OK to insult ‘white privilege’ and the ‘Alt-Right’ but not affirmative action or ‘Black Lives Matter’; it’s OK to insult pro-life Catholics but not pro-sharia Muslims. The concept of ‘unwelcome’ jokes or ‘unwelcome’ sexual comments seems like a time-travel paradox to Aspy people – how can you judge what speech act is ‘unwelcome’ until after you get the feedback about whether it was welcome? Even worse, most campus speech codes are associated with social justice theories of gender feminism, critical race theory, and social constructivism, which reject the best-established scientific findings about sex differences, race differences, and behavior genetics. Requiring Aspy academics to buy into speech codes based on blatant falsehoods violates their deepest systematizer values of logic, rationality, and realism. [Emphasis added]

Is it just me, or does this look like a smokescreen? Is the hand-wringing over neurodiversity just an attempt to use science-words to characterize campus speech codes as counter-productive by appealing to people’s sympathy for the plight of victims rather than concern for their own Constitutional rights? 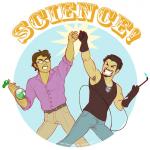 October 5, 2017
The Google Memo and Bro Science
Next Post 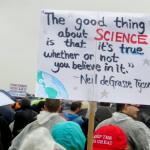