“The good thing about SCIENCE is that it’s true whether or not you believe in it.” — Neil deGrasse Tyson

A Facebook friend-of-a-friend posted this among other “awesome” science signs he saw at the science march he attended this past Spring. I realize that protest sign slogans can’t in themselves be faulted for oversimplification. But in my experience, people really do consider this slogan a pithy phrase that encapsulates something important about scientific inquiry, rather than a piece of ignorant culture-war rhetoric that mischaracterizes science in a very fundamental way.

Science fans usually insist that science is just a tool, but in what way do we ever describe a tool as being true? What this motto appears to be referring to is the body of knowledge that scientific inquiry has generated. However, in that case Tyson’s motto falls in the truth-is-true category, a tautology that states nothing more than that we call whatever we consider true about natural phenomena “science.”  And it could always be that a given scientific theory is not true, but we just don’t know it yet. Wasn’t the Steady State theory of the universe believed by scientists sixty years ago, for good reasons?

That’s why it’s always unclear to me what people mean when they use SCIENCE in this vague, upper-case way. Obviously the atomic weight of barium isn’t variable depending on what we believe about it. But when we get above the raw data, our beliefs about science become very important. Scientific research is conducted by people with diverse beliefs about what motivates their research and what it means to society and industry. And the kind of science that supposedly grounds the common idea of a worldview based on science can only be defined in a very selective and personal way. It’s absolutely absurd to imagine that the way scientific inquiry has developed alongside humanity is something that personal ambitions and cultural biases play no part in whatsoever.

People in Western culture have seen the implosion of a lot of institutions over the last century, and they need something to portray as an unquestionable authority, a repository of truth that transcends our human perspective. For a lot of people, scientific inquiry represents that authority. Regardless of how culturally constructed the human endeavor of scientific research is, the obvious drawbacks to scientific and technological progress, and the inability of science to deal with matters of value and meaning, these people handwave away these concerns and take comfort in the sense of certainty that their idealized view of science affords them. As critical thinkers, we should admit that when the comfort an idea gives us is mistaken for the idea’s validity, we’re getting into quasi-religious territory.

So, as opposed to science, SCIENCE is a dog-whistle to attract a certain type of person in our tech-savvy millennium who wants to characterize him- or herself —in contrast to people in rural, religious, or traditional communities— as completely unbiased, vastly educated, and therefore naturally superior. But science itself shouldn’t be about factoid wealth, superiority, or authority. It’s a process of testing that is supposed to apply skepticism to all received truths, not just the ones we don’t happen to affirm. 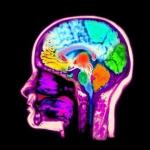 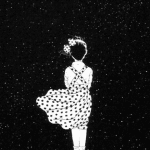 October 16, 2017 The Scientific Mindset and the Exclusion of Meaning
Browse Our Archives
Follow Us!