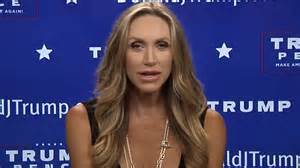 With the passing of each new day, the news from the White House gets more and more surreal and bizarre. Yet, as time goes on, I seem less and less affected by it. I can’t muster the anger I should be feeling. I can’t even summon the strength to drop my jaw at the newest bit of lunacy. The circus isn’t slowing down. Abnormal has become the new normal. Every week, this administration seems to double down on what would have, in the past, been unthinkable comments and actions. They keep hitting me right between the eyes and I barely manage a flinch anymore. I’ve been worn down, like a kidnapping victim who crawls deep inside his own soul to isolate himself from his daily trauma. I’m tired and I’ve been numbed by the constant noise of Trump’s America.

But even though I’ve become numb and have lost the ability to feel the shock and pain I should feel, I will not give in to the snake oil that the Trump administration is trying to sell.

“If you tell a big enough lie and keep repeating it, people will eventually come to believe it. The lie can be maintained only for such time as the State can shield the people from the political, economic and/or military consequences of the lie. It thus becomes vitally important for the State to use all of its powers to repress dissent, for the truth is the only mortal enemy of the lie, and thus by extension, the truth is the greatest enemy of the State.

Propaganda has long been the tool of the tyrant. Of course, the propaganda of the Trump administration is their constant “fake news” mantra. Tell it big and repeat it often, and the people will buy in–well, some of the people will, anyhow.  Just this week, Donald Trump has begun a whole new feature using the platform of Facebook. He has gotten his daughter-in-law, Lara Trump–think about that for a second; he didn’t even bother to get someone outside his own family to deliver his propaganda–to be his anchorwoman for a news broadcast through which he says he is battling “fake news” by delivering his version of the “real news” directly to the public. In doing so, he has taken a page right out of the “Great Leader Handbook.” That “news” broadcast, delivered by Lara Trump, could just as easily have been a scene from George Orwell’s dystopian classic, 1984. Watching it should have shocked me, angered me, moved me to curse and swear–something–but it simply washed over me and evaporated.

The only thing keeping me somewhat sane, I suppose, is the fact that it is becoming more and more apparent that President Trump’s support base is shrinking. The latest data shows a 33% approval rating for President Trump. That is very low–but it is also shockingly high–the notion that 1 in 3 Americans still approve of the job Trump is doing is, well, astounding. And here is what I am noticing; though the numbers are dwindling, those who continue to support Trump seem to be preparing to go down with the ship. The alt-right and the religious right are circling the wagons and flooding social media with their poison message.

“The Left worships diversity. They prefer classrooms full of kids of different colors.

Meh. I want classrooms of kids learning and achieving.”

That’s not even thinly veiled racism, it’s blatant! That kind of tweet might be easy to write off as the rantings of a rogue bigot if not for the fact that President Trump and his Secretary of Education, Betsy DeVos, are actively pursuing a path that could lead towards government sanctioned and tax payer supported school segregation.

I’ve also noticed a ramping up of the propaganda from the religious right on social media. It’s almost as if they’ve been summoned by a dog whistle because all of a sudden, and seemingly in unison, I am seeing many articles pop up on feeds of my friends on the right with anti-LGBTQ themes. Every article they post is so full of cherry-picked scripture and so blissfully ignorant of the obvious paradox between the message they are trying to convey and the message of Christ, one’s head spins. Most of them, I just let float on by me in the stream of white noise, numbed as I am, I hardly raise an eyebrow anymore.

It feels like the Trump administration could be entering its death throes. There are increasing reports that Trump himself, has just about had it with the job, and that his support among the GOP leaders is wearing threadbare. Death throes aren’t pretty, there is a lot of thrashing around, kicking, grasping for anything within reach, ugly guttural sounds–it’s a nasty business, dying. The Trump supporters aren’t going away quietly and they likely don’t mind taking others down with them. And if it all goes under, there, waiting in the wings is Mike Pence.

That could be a scarier time, still.

At some point, if we are to right the ship and put our nation back on a path towards living out our own creed–that ALL men are created equal with the God granted rights of life, liberty, and the pursuit of happiness–we are going to need to heal our divide. At some point, we will have to learn to coexist with people who have different world views and moral compasses.

Until then, we’re forced to deal with this constant noise of Trump’s America. 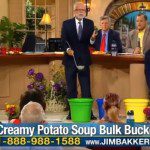 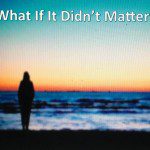