7 Sure-Fire Ways to Destroy Your Marriage 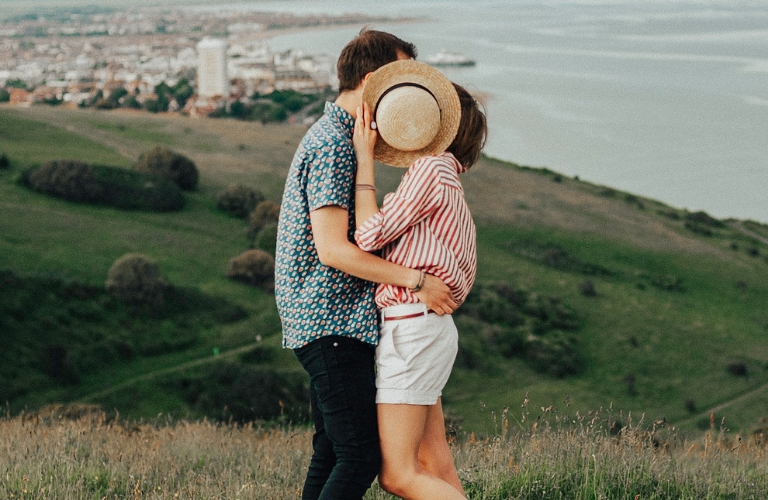 Can you believe how politically correct we’ve become? Are we really afraid to wish someone well by saying “Merry Christmas” because we might offend them? Seriously?

Being politically correct (PC) isn’t always driven by a concern for others.

For years, I caved to political correctness because I was afraid what others would think if I didn’t. I used sex as a weapon. Everything short of giving birth was divided in half.

And it nearly destroyed my marriage.

Without realizing it, you might be allowing the PC mindset to hurt your marriage, too.

The feminist movement was long overdue.

But somewhere between the bra burning of the 60’s and the sexual revolution of the 70’s, the feminist movement took a turn for the worse.

Many hallmarks of the movement just don’t jive with a healthy marriage.

Traditional marriage is mocked, and men are portrayed as clueless simpletons who aren’t capable of operating a dishwasher or changing a diaper.

The PC mindset says it’s not okay to be okay with being a traditional wife, a wife who loves being married, respects her husband and puts her family first.

You don’t have to do marriage through a PC lens. Regardless of the negative press traditional marriage gets, you can be a positive model in the marital realm. But you must guard against the PC mindset that can usher your marriage into failure.

I can’t tell you how to divorce-proof your marriage. But I’ve learned, through experience, which PC practices will drive your man away.

Here are 7 no-miss ways to guarantee your marriage will fail:

1. Leave God out of your marriage or only accept the parts of the Bible you agree with

When you’re focused on pleasing God, it doesn’t matter what your husband does because your actions aren’t contingent upon his. We’re all naturally selfish, so the only way we can successfully focus on others is to focus on Christ first.

2. Make sure he does his half

While 50/50 sounds great, it never works. You start keeping records,  love becomes conditional and you feel like he owes you something. When you go into marriage with a 100/100 mindset, your focus shifts from receiving to giving.

3. You deserve to be happy

4. You shouldn’t put your man first

He didn’t marry you so he can take care of himself. Part of the benefit of a marriage is mutually caring for one another. When you continually put the needs of your children, your family, your job, and your friends ahead of your husband, he’ll eventually get the message he’s not important to you. His behavior and attitude will reflect that.

Un-forgiveness will take a marriage down fast. When you don’t forgive, you get bitter. As more offenses pile up, marital intimacy breaks down. As you work things out, be quick to forgive. If you can’t, seek help.

6. He needs to earn your respect

Respect is huge for men. But respecting your husband is counter-cultural and counter-intuitive today. It’s not your husband’s responsibility to earn your respect. You don’t respect him because of who he is. You respect him because of the kind of person you want to be.  Disrespect is a no-miss way to shut down emotional intimacy and drive him away.

If he’s not acting right, don’t give it up. Make sure he knows he’s got to pay to play. Using sex as a bargaining tool or a way to control him may encourage him to go someplace he doesn’t have to work so hard to get his needs met.

Unfortunately too many  of us are afraid to admit we love being married, we’re happy being a wife, and when the going gets tough, we’re willing to fight for our marriages. We try hard to fit in.

Don’t be what you think others think you should be because you’re afraid of what they’ll say.

Will it be hard?

Sometimes you’ll sacrifice for your marriage. It can be exhausting.

The couples who make it are the ones who believe giving up is not an option.

What would happen if more wives refused to go along with the politically correct mindset?

If you’re afraid to say “Merry Christmas” out of fear of disapproval from others, where else will you compromise to please others?

Embrace your values and beliefs. From me to all wives, Merry Christmas and Happy New Year!

December 28, 2018
How to Respect Your Husband When He's a Jerk
Next Post

January 6, 2019 No One Stays Married to the Same Guy Forever
Browse Our Archives
Follow Us!

3 Reasons a Husband Should Love...
Ashley Willis
Related posts from The Not So Excellent Wife