You Can’t Have Your Intimacy and Your Control, Too 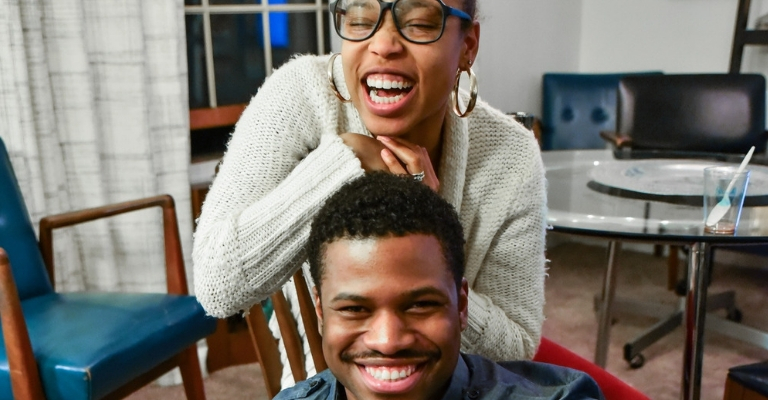 When my husband and I married, I thought it was my responsibility to teach him how to do things the right way. (My way.) When he called me a control freak, I got mad.

But I didn’t know how to stop being a control freak and let my husband take over.

I disguised my control as “help.” As his wife, I made it my number one duty to help him.

He called me bossy.

I told him how to do laundry. He ignored me.

I told him how to load the dishwasher. He ignored me.

I told him how we should manage our money.

Intimacy in my marriage vanished like frost on a sunny day.

He didn’t want my “help.” He said I was a bossy control freak. (I said that’s redundant.)

Do you have control issues in your marriage? Are you a control freak?

Even though I wouldn’t admit it at the time, I knew he was right.

I couldn’t find it within myself to let him take over.

For example, I tried to teach him how to separate laundry my way. I separated it by category and color. Whites, undies, towels. He just threw it all in together, which annoyed me.

Week after week, I’d tell him the proper way to do laundry.

Week after week, he defiantly threw it all in together.

Fortunately those days are over. I’m a recovering control freak. He still does laundry wrong, but I’ve learned skills that allow me to accept it.

Early in my marriage, I didn’t have the relationship skills and didn’t understand how my bossy control-freakiness was affecting intimacy in my marriage.

I didn’t have the experience to know the more I tried to control him, the farther he pushed me away.

I now know when you try to control a man, he feels disrespected. He feels like you’re saying he’s not capable or smart enough to do the job. And in all honesty, I did feel that way. I thought I knew better. But I didn’t.

A man who feels disrespected is not a happy man or an intimate man.

In order to rebuild intimacy in my marriage, I had to learn to stop trying to control everything. It wasn’t easy. But to get the kind of marriage I wanted (or keep the marriage I had), it was necessary.

The strange part about giving  up control–besides feeling like he’s going to mess things up–is you actually feel relief, and you can relax.

Doing all the work (or telling him how to do it) not only puts you in control, but it’s also exhausting.

Does the thought of letting your husband take over make you want to throw up?

I want my intimacy and my control you, too.

You can’t have it both ways. Letting go of control is important to intimacy in your marriage. The more you try to control the more distant he will become. He doesn’t want to feel like he’s married to his mother.

If you want intimacy, you can’t have control. You’ve got to choose.

Control is usually driven by fear. When you want to control the outcome, it’s usually because you’re afraid of what will happen if you don’t.

I had to learn to let go to restore my marriage.

Letting go isn’t easy. It’s terrifying. You may have to take baby steps like I did.

Pick one area of your relationship–finance, food, kids, laundry–and relinquish control. Just let it go. Try it for a day or so and see what happens. Let him do it his way or the way he thinks is best.

The need to control will drive the intimacy right out of your marriage. Give up control and build intimacy instead.

April 25, 2019
4 Great Ideas That Will Ruin Your Marriage
Next Post