Pacifists can be exempted from a military draft if they are granted “conscientious objector” status. Participating in military conflict would violate their deepest moral convictions, so in recognition of those convictions, they are not required to serve in combat.

The wave of corporate lawsuits seeking exemptions to this “mandate” thus represents something wholly unprecedented in the history of American business. The same corporations that have, for years, insisted that they cannot be fettered by any appeals to “conscience,” but exist only to fulfill their fiduciary duty of making a profit have suddenly reversed themselves. Given their long record of denying the existence or need for any such thing as a corporate “conscience,” their sudden concern for corporate conscience now seems dubious.

But set that aside for now, because their call for recognition as “conscientious objectors” raises an even bigger problem. 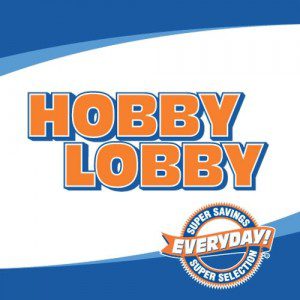 The Department of Defense defines conscientious objection as “A firm, fixed, and sincere objection to participation in war in any form or the bearing of arms, by reason of religious training and/or belief.” This definition has been litigated and relitigated over the years, refined and carefully interpreted by military authorities and civilian courts. The really interesting part is that volley of adjectives that comes at the beginning: “firm, fixed, and sincere.”

This is one of the few places where religious “sincerity” is a matter of legal consequence. In most cases, the law and the courts do not care about the sincerity of religious exercise. The First Amendment makes no distinction between the devout Catholic who goes to Mass every day and the lapsed Catholic who hasn’t been since three Easters ago. Yet when it comes to CO status, sincerity — or the lack thereof — is legally significant and judges are required to take it into account.

You can see why this is so. “Conscientious objection” status is meant to be reserved only for those with genuine convictions against “participation in war in any form or the bearing of arms.” If someone is Quaker or Mennonite, or belongs to any of the other historic peace churches, then that person’s claim to be a conscientious objector is probably legitimate. But is this person really a Quaker or a Mennonite? Or is he just pulling a Corporal Klinger and pretending to be one in order to avoid being drafted?

In most other situations, the courts would scrupulously avoid getting involved in such a question. They are secular courts tasked with interpreting secular laws — they lack both the jurisdiction and the expertise to settle such sectarian questions as who is or is not “really” or “sincerely” a Quaker. (The 9-0 decision by the U.S. Supreme Court in January’s Hosanna-Tabor case reflected the justices unwillingness to get entangled in a similar sectarian question about who is and who is not a “minister.”) But when it comes to conscientious objection, sincerity matters. Sincerity is, in fact, decisive. If an applicant for CO status is found to be insincere, then that applicant will be denied exemption from the generally applicable rules of the draft.

And that’s a big problem for these corporations suing to be granted a conscientious objection to providing preventive health care for their female employees who have earned it. Because some of them are demonstrably insincere.

Consider, for example, Hobby Lobby — the 561-store retail chain of craft-supply stores that has become the poster-child for for-profit companies claiming the contraception mandate violates their corporate morals. Hobby Lobby’s claim of sincerity just isn’t credible. It’s business model contradicts that claim — showing that it isn’t firm or fixed, but rather is patently, obviously insincere.

Hobby Lobby’s CEO, David Green, is a devout evangelical Protestant. He claims to be personally offended by the obligation to allow his female employees access to contraceptive coverage because of his religious faith. His religious tradition doesn’t offer any basis for a moral or ethical objection to contraception, but Green says that contraceptives are actually abortion pills. That’s not true, but Green’s lawyers say the facts don’t matter here — all that matters is that Green “believes” this to be true, and since he sincerely believes this, the contraception mandate would violate his sincere religious conviction against abortion.

So Green’s own lawyers are doubling down on their client’s sincerity as the lynchpin of his case. They shouldn’t, because David Green is quite explicitly insincere.

This is from Jason Dye, from a post back in January, citing a September, 2012, Forbes profile of David Green:

The pennies on the dollar phrase comes from a glowing Forbes profile on David Green, Hobby Lobby’s founder, CEO, and patriarch. Here, Green is valued as a pious hero of capitalism who claims that it’s religious devotion and God’s favor that has raised his capital worth to well over $3 billion. Forbes, being the capitalist cheerleaders they are, could smell Green’s veiled business plan a few thousand miles away. In China, for instance.

It doesn’t take more than a few minutes with the founder, walking through a local Hobby Lobby store, to see the reason he has been able to expand his company into a well-oiled, moneymaking machine without bringing in any outside investors.

Stopping at a display marked 30 percent off, Green explains how a kitschy rooster ornament is produced overseas for pennies on the dollar, then sold as part of an in-house brand of home accents.

China. David Green and Hobby Lobby buy goods from China. China, Fortune reported way back in 2010, is “where much of what Hobby Lobby sells originates, though [Green would] rather not feature that fact.”

So Hobby Lobby’s lawsuit is based on the company’s “firm, fixed, and sincere” opposition to contraception and abortion. That opposition is such an intrinsic principle that it would be impossible for Hobby Lobby to comply with the law’s mandate for gender equality in preventive health insurance.

And yet this firm, fixed, sincere conviction has never hindered Hobby Lobby from building its business on a foundation of goods manufactured in China.

Matt Chambers wrote about this back in January. Chambers said he wondered why Hobby Lobby’s purported convictions would allow it to:

Did you know China has an official policy of mandatory abortion in nearly 60% of its provincial-level jurisdictions?

Did you know sex selective abortion has created a giant gender gap in China?

To recap then, mandatory birth control in China is of no moral concern for Hobby Lobby, but access to voluntary birth control for American women is something it will fight all the way to the Supreme Court. The company has no conscientious objection to forced abortion in China if such objection would interfere with its ability to get kitschy rooster ornaments for pennies for the dollar. But preventive health insurance for female employees violates it’s deepest purported religious convictions.

If sincerity factors into this legal decision, then Hobby Lobby is in big trouble.

December 18, 2013 Postcards from the Culture Wars (12.18)
Recent Comments
0 | Leave a Comment
"This is reminding me of the guy from usenet who insisted that fiction was an ..."
Ross 11/30 Flashback: Victims
"I wish I could find the article where they confronted an irish bishop about the ..."
Ross 12/1 Flashback: Cizik culture
"especially if they have spooky powers and/or live in a paintinghttps://media.tenor.com/aXc..."
SmogMonster 12/2 Flashback: Ideomotor
"Maybe TVTropes can answer that one:https://tvtropes.org/pmwiki..."
reynard61 12/1 Flashback: Cizik culture
Browse Our Archives
Related posts from slacktivist