Scot McKnight on the centrality of the local church.

Scot McKnight on the centrality of the local church. October 23, 2011 Christopher Smith 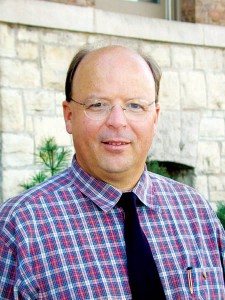 Our fellow Patheos blogger has been stirring up some intense conversation with his recent post “Kingdom Work, Social Justice” (Be sure to read the comments).  Here’s the heart of the post:

I’m all for “social” justice. I’m fighting the trend I see today of equating “kingdom work” with public sector social justice work. As if “kingdom” is something done outside the church. As I read the Gospels, Jesus’ uses “kingdom” for himself/God as King, for his followers who enter into his kingdom vision, and for the ecclesial/social conditions created by those who follow Jesus and his kingdom vision. So, there is no such thing as “kingdom” outside those who follow Jesus. Yes, by all means, kingdom people extend kingdom into other areas but only so far as they are embodying Jesus’ kingdom vision.

Those on the right side of the theological spectrum may think I’m an ally of theirs on this point; not so. I want the church to be a kingdom embodiment and I’m not criticizing social work at all; I’m pushing back against the left-wing mistaken notion that kingdom is what happens outside the church, that kingdom is something bigger (and therefore other) than church, etc.. My view is traditionally anabaptist on this one. The local church is called to be am embodiment of kingdom realities. But kingdom realities only applies those ecclesial actions.

I think what Scot is describing here fits well with our vision of Slow Church.  We believe that the church, and particular the local, placed church community is at the heart of God’s reconciling work in creation.

In my interview with Scot about his book One.Life that ran in issue #2 of The Englewood Review of Books, he elaborates a little on this point:

ERB: In your interlude after the chapter on Church.life,
you speak of the “division between church and kingdom”
(i.e., people pursuing the kingdom outside the context of
the local church). Can you elaborate on this division
and why you see it as a problem?
Scot: This is a major issue, and I’ve been hammering
away on my blog on this issue for a long time. If
you study the word “kingdom” in the Gospels,
where it is found the most in the pages of the Bible
– and it is the focus of Jesus’s vision – you will find
a community of fellow followers connected to Jesus.
Kingdom is not going to Sudan and drilling for water
while church is what happens on Sunday, or what
happens in the spiritual world. For some reason,
we’ve developed a dualistic set of categories: i.e.,
kingdom applies to things of this world and church
applies to the things of the future world or church
applies to spiritual matters and kingdom applies to
the natural or physical. I think this is a fundamental
misunderstanding of what kingdom means. Kingdom
work and church work cannot be divorced, and
when we divorce them, we ruin what church means
in the New Testament, and we lose what kingdom
means in the New Testament. I tell my students all
the time, if you think you’re devoted to the kingdom
but not to the local church, then you’re not devoted
to the kingdom. The only things that are connected
to the kingdom are the things that are done in the
context of the local church. Seriously, when I say this
to my students – and I’m talking about some bright
Christian kids – they look at me as if I’m speaking
some foreign language.

ERB: I can imagine. I’ve had some similar
experiences.

Scot: One of my students, a really sharp young
woman, said, “My sister is working for a social work
organization in Chicago, and she sees that as kingdom
work and so do I, but it has nothing to do with the
church or with Christianity.” And I looked at her and
I said, “Well, that’s not kingdom work. Kingdom is
always manifested through the local church because
it’s connected to followers of Jesus manifesting God’s
will together as a fellowship in this world.” The big
picture is this, I want us to connect kingdom to the
word church more closely than we have been doing
in the last century.

What do you think?  Is Scot on the right track here?

October 20, 2011
VIDEO: Stanley Hauerwas: The local church as alternative to a culture of violence
Next Post

October 24, 2011 Eating, Talking, and Plotting Goodness Together: An Interview with Dee Dee Risher
Recent Comments
0 | Leave a Comment
"Every normal person wants to help those in need as we can.Church groups have the ..."
Bob Shiloh A Politics of Hope in the ..."
"Hi Abe; Are your mom and dad, Kath' & Tony? If so, then you have ..."
Steev Rush Garrett JPUSA: A Tragic History of Sexual ..."
"https://www.christianbook.c...One of the best books I've ever read!"
Nimblewill Reflecting On The Worst Christian Book ..."
"Yes...but I think you commented in the wrong post. ^^;;"
The Mouse Avenger Remembering Mr. Rogers.
Browse Our Archives
get the latest from
Progressive Christian
Sign up for our newsletter
POPULAR AT PATHEOS Progressive Christian
1