Following Christ in a World of Distractions (RIP, Ray Bradbury). 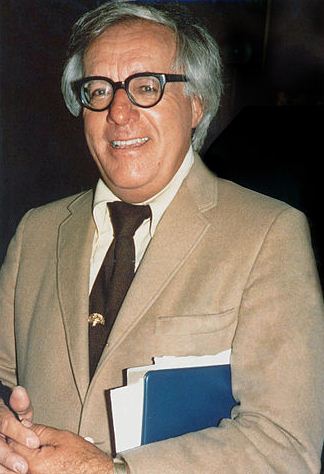 As you probably have heard by now, Ray Bradbury, author of Fahrenheit 451 and other novels passed away yesterday. (NY TIMES obit)

My friend Chase Roden, sent me the following reflection this morning, which I share here, since a key part of what we are calling Slow Church is vigilance and attentiveness to discerning together what is faithfulness and what is distraction.  Thank you, Chase. And R.I.P., Ray Bradbury

Ray Bradbury died on Tuesday. I loved his books as a kid and never really returned to them after high school, but there’s one scene — from Fahrenheit 451 — that has always stuck with me. The scene quoted below captures as well as anything I’ve ever read what it means to try to follow Christ among the distractions and temptations of a world that’s satisfied just being comfortable.

Once as a child he had sat upon a yellow dune by the sea in the middle of the blue and hot summer day, trying to fill a sieve with sand, because some cruel cousin had said, “Fill this sieve and you’ll get a dime!” And the faster he poured, the faster it sifted through with a hot whispering. His hands were tired, the sand was boiling, the sieve was empty. Seated there in the midst of July, without a sound, he felt the tears move down his cheeks.

Now as the vacuum-underground rushed him through the dead cellars of town, jolting him, he remembered the terrible logic of that sieve, and he looked down and saw that he was carrying the Bible open. There were people in the suction train but he held the book in his hands and the silly thought came to him, if you read fast and read all, maybe some of the sand will stay in the sieve. But he read and the words fell through, and he thought, in a few hours there will be Beatty, and here will be me handing this over, so no phrase must escape me, each line must be memorized. I will myself to do it.

He clenched the book in his fists.

Shut up, thought Montag. Consider the lilies of the field.

Consider the lilies of the field, shut up, shut up.

He tore the book open and flicked the pages and felt of them as if he were blind, he picked at the shape of the individual letters, not blinking.

They toil not, neither do they …

A fierce whisper of hot sand through empty sieve.

“Lilies of the field.” 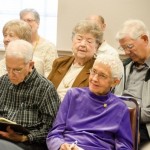 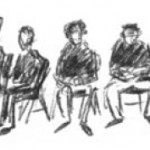 June 15, 2012 Conversation, Identity and Christian Unity.
Recent Comments
0 | Leave a Comment
"Every normal person wants to help those in need as we can.Church groups have the ..."
Bob Shiloh A Politics of Hope in the ..."
"Hi Abe; Are your mom and dad, Kath' & Tony? If so, then you have ..."
Steev Rush Garrett JPUSA: A Tragic History of Sexual ..."
"https://www.christianbook.c...One of the best books I've ever read!"
Nimblewill Reflecting On The Worst Christian Book ..."
"Yes...but I think you commented in the wrong post. ^^;;"
The Mouse Avenger Remembering Mr. Rogers.
Browse Our Archives
Related posts from Slow Church