I have been keenly following Timothy Dalrymple‘s posts this week about partisan scorn and his critical response to Rachel Held Evans‘ well-traveled post “How to Win a Culture War and Lose a Generation”…  Although I’m a bit skeptical of Dalrymple’s choice of Evans as an example of  “selling scorn,” I’m not really going to comment on their back and forth, as I don’t have a stake in either side of that conversation.

What was of interest to me, in light of my concern for our churches as hubs of conversation were these excellent three points that Dalrymple offered at the end of his most recent post, “Scorn Profits the Blogger, but Costs the Kingdom“:

I think that Dalrymple is on the mark here, and I cannot help but point out the slowness inherent in these points. The ideologies of Left and Right have coalesced over time around visions of how to expedite the fixing/healing of humanity, nation, church, etc.  The scriptural story, however, reminds us repeated that ultimately it is God who is healing and reconciling all humanity and creation. ALL is a key word here, Left and Right will ultimately fade away in the coming reconciliation, and as Dalrymple implies, the Church is the place where we bear witness in the here and now to this coming reconciliation.  It has been striking to me, since Gerhard Lohfink pointed it out in his book Does God Need the Church?, but in gathering his disciples from among Israel, Jesus couldn’t have chosen a more diverse ideological lot. Matthew, the tax collector and Simon the Zealot were about as far apart in their visions of the world as the Right and Left are today, and yet they followed Jesus and shared life together in that little community of disciples.

Thus, the real issue for me is one of identity. Or, in other words, what is the primary story around which we mold our lives? Are disciples of Jesus, following the example of Matthew, Simon and the other disciples — denying ourselves and bearing witness to God’s reconciliation of all things? Or are we Conservatives or Liberals, who happen to assent to the Christian faith? Which is our primary identity? If our identity in Christ is primary, then we do need to take Dalrymple’s points very seriously. I’m not saying here that we categorically should not affiliate with Right or Left, just that our ideological identity (just as our sexual identity, ethnic identity, career identity and all the other ways we identify ourselves) should be subordinate to our identity in Christ. This point is the one that Paul seems to be making in Galatians 2:26ff (“There is neither Jew nor Greek, there is neither slave nor free man, there is neither male nor female; for you are all one in Christ Jesus.”)  It’s not that these identities don’t exist, it’s that they are subordinate to our unity in Christ, which I believe was Dalrymple’s point. I should add though that as far as our political ideology goes, I believe there is a place for those Christians who strategically choose not to identify with Right or Left.

One of the reasons that I’m convinced that our Slow Church work is so timely (and I believe this is true for John as well), is that in an age where Left and Right are increasingly unable to work or even talk together in Washington or elsewhere, and where scorn abounds on all sides, I think there is an important role for Christians to play in demonstrating that there is another way, a way that points to the ultimate reconciliation of all things.

I should add to Dalrymple’s points that there needs to be abundant grace and forgiveness on all sides.  He offers a lot of “shoulds” here, and as much I wholeheartedly agree that we SHOULD be moving in this direction, we have been deeply formed by the divisive ideologies of our times, and moving in the direction that he has described here will be slow and faltering. We will fall at times, and maybe often, into old habits, but the extension of grace and forgiveness when we do will only serve to draw us deeper into Christian unity.

Let us then examine ourselves: what is our primary identity? What is the primary story to which we submit our lives? 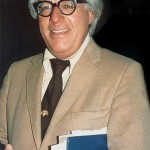 June 7, 2012
Following Christ in a World of Distractions (RIP, Ray Bradbury).
Next Post 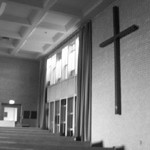