Not Just for the Young and Hip…

Not Just for the Young and Hip… March 31, 2014 Christopher Smith 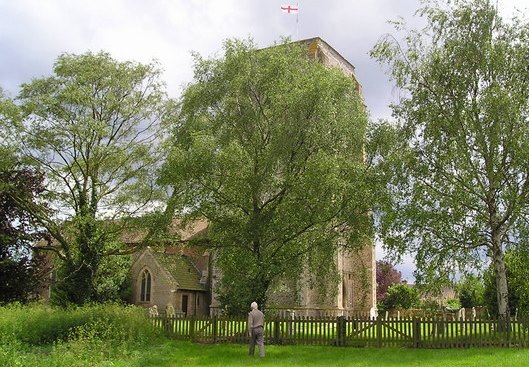 We were thrilled with the RNS article on Slow Church that ran in The Washington Post (and at least a dozen other news outlets) over the weekend.  Great as the article was, there was one perplexing section, the interview with sociologist of religion Scott Thumma, who opined that Slow Church would appeal primarily to the young and hip demographic.  Our friend Brent Bill, who by his own admission, is neither young nor hip, has penned a response, which we are honored to share here…

“We believe Slow Food and the other Slow movements hold important lessons for the American churches. They compel us to ask ourselves tough questions about the ground our faith communities have ceded to the cult of speed. And they invite all of us—clergy, theologians, and laypeople—to start exploring and experimenting with the possibilities of Slow Church. Not as another Church Growth strategy, but as a way of re-visioning what it means to be communities of believers gathered and rooted in particular places at a particular time.” (from the intro to SLOW CHURCH)

When I began reading C. Christopher Smith and John Pattison’s Slow Church:  Cultivating Community in the Patient Way of Jesus, this section of the introduction grabbed my attention.  Especially the sentence, “Not as another Church Growth strategy, but as a way of re-visioning what it means to be communities of believers gathered and rooted in particular places at a particular time.”  That’s something I’ve been thinking about for a long time.  For many years I have served as a congregational consultant and seen group after group looking at program after program that would draw new people to them.  Few did.  That’s because, I think, so many congregations have been wanting to grow by the vampire method – “We need new blood!”

As Slow Church points out, we are asked to be “communities of believers gathered and rooted in particular places at a particular time.”  Which means seeking to serve and be God’s people where we are.  A question that I have long said congregations need to ask (and rarely do is) “What is God calling us to do with this people in this place in this time?”  We are called to create deep communities rooted in worship and living out “faith and practice,” as we Quakers say.  “Swift, Lord you are not” says Catholic poet Kilian McDonnell.  And so neither should God’s church be.

Now I’m not saying any of this as some inner city, hipster type.  Which is who my friend Scott Thumma implied would be the sort of person interested in the Slow Church movement when he was interviewed for a recent article about it.

“This would likely appeal to an educated, younger hip group of people,” said Thuma. “There aren’t many of them in small churches.”

I think he’s wrong on both counts.

On the first count, this theory/movement/theology/practice appeals to me and as I already said I’m not young or hip.  I’m in my early sixties, live on a farm where I raise (of all things!) trees and prairie grass, and I’m a Quaker.  Not because I’m a natural contemplative or peace-nik, but because I am often a conflict enjoying, driven Type-A personality who needs to be told to be still and settled and peaceful.  The type of congregations that will come as a result of Slow Church are just what I – and society, I believe – need at this time.

Second, I think there are more educated, young hip people in small churches than he realizes.  True, they may not be flocking to more formerly rural, exurban congregations like the one I attend. As I travel around the US and Canada talking to people who are starting new Quaker congregations, though, I am engaged with many young adults who are participating in small congregations – either in homes or storefronts or church buildings.  And the sort of Slow Church mixture of faith and practice proposed by Smith and Pattison seems to be exactly what they’re looking for.

I realize that Thumma has spent a lot of time studying mega-churches and what we can learn from them.  And it’s good, important work.  But his lenses of who might be interested in this movement might just be a bit colored by all his research.  The Slow Church process proposed in this book is far different from the program-driven processes that led to the rise of the mega-churches.  This is much more about recovering a deep sense of personal faith and life in community than it is about attracting numbers of people – some of whom stay and many of whom don’t.

The Slow Church movement is radical, simple, and contemporary.  It is rooted in various manifestations throughout Christian history (the first century churches in particular and various reform movements), but is a contemporary as the people practicing it today.  It is radically counter-cultural, as the church should be, comprised as it is of key ingredients of Christ’s teaching that are diametrically different than modern society and much of modern Churchianity.  It calls us to be witnesses to the power of the Gospel in challenging the powers and principalities whilst living in deep Love and community.  It is simple, but not simple-minded.

You don’t have to be an educated, young hipster to find such authenticity appealing.  You just have to be a person who longs to go deeper with God in community in ways that nurture the soul and the neighborhood.

Brent Bill is a Quaker minister and author who works to help establish new Quaker congregations across the US and Canada.  He is author of over 20 books and lives on a farm outside of Indianapolis. 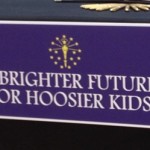 4 Reasons We Should Focus on...
Honest to God
Related posts from Slow Church