The Big Table – Living in the Diversity of God’s People

The Big Table – Living in the Diversity of God’s People April 15, 2014 Christopher Smith 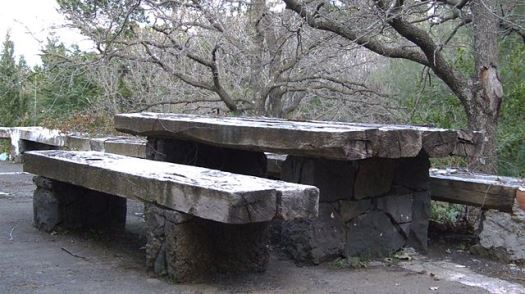 One of the things that pains me most is the acerbity with which Christians of diverse perspectives treat one another: the mocking, the name-calling, the refusal to talk civilly or to work together.  Since early on in the development of this Slow Church project, I have had an intuition that the act of slowing down and being attentive to those around us might be important baby steps in the direction of narrowing the deep chasms that divide the Body of Christ today.

One of the most exciting things about the recent Slow Church conference was the vast theological diversity of the participants: from the very conservative Church of Christ all the way through Unitarian-Universalists, and many diverse traditions in-between from our own largely-evangelical Christian Churches to UMC to PC-USA to PCA to Quakers to Baptists to Episcopalians.   There certainly were traditions that were not represented, but I don’t know that I would have imagined that the conference would draw such a diverse crowd.  One day, I sat down for lunch in the midst of a pleasant conversation between some people from Englewood, some other – perhaps more conservative – Christian Church people, some U-U’s and I think a couple of other people.  Of course, the image that we want to leave readers with at the end of the Slow Church book is “Church as Dinner-Table Conversation,” and in that part of the book we typically talk of eating within our congregations and our neighborhoods, but my experience at the conference reminded me that there is also a larger, more ecumenical sense in which we need church as dinner-table conversation.

In this vein, here are a few thoughts about how some crucial ideas of Slow Church lead us in the direction of not a “big tent” under which diverse people may or may not interact together, but rather a big table, around which we are learning to eat and to talk and to work and to live peaceably together.

1)      Receiving One Another as Gifts from God – As a part of the abundant creation of God, all humans are created in the image of God and should be received as unique gifts from God. People far removed from us on the theological or political spectrums are not demons, but humans, and we should receive them with all the love and respect with which we would receive God.  Additionally, it is important that we develop practices of eating and being together in real life.  Online conversations, while perhaps helpful for sustaining dialogue, abstract us from our bodies.  By definition of the medium, we cannot be fully present to one another in online conversation. Apart from our bodies, we cannot sense the deepest nuances of tension, pain and joy that arise in difficult conversations and are communicated in the tiniest expressions of our faces and our bodies.

2)      Fear Not!  – So much of our bitterness toward others who differ from us is rooted in fear, and yet there is the striking witness of the scriptural story that God’s people are not to be driven by fear (e.g., the oft-repeated refrain of the Old Testament “None shall make them afraid,” echoed in the New Testament in familiar passages like “Perfect love casts out fear” and “You have not been given a spirit of fear…”).  If we believe in the sovereignty of God, who created all life and who holds the power of resurrection over death, then what do we have to fear?  Yes, others may have said or done things in the past that may have deeply wounded us (or ones similar to us), but in the power of God’s sovereignty, we find the power to forgive and not be afraid.  When we are afraid, we act too often out of self-preservation and not out of a desire for the common good.

3)      Learn to WORK together – A meal is an economic reality, there is work done to grow and prepare the food, to clean up after the meal, etc.  In eating together, and especially in developing patterns of eating together over time, we learn to share together mutually in the work of meals, navigating differences in diet, taste, custom and resources. In so doing, we build trust that will empower us to work together on other common things.  This foundation of trust along with the practice of seeking ways in which we can work together, will eventually bring us to the place where we can have some grace in discussing and working on issues related to some of our most deeply divisive questions of theology, praxis and politics.

4)      Learn to TALK together – One of the great miracles of Pentecost was that despite the many languages and cultures represented among those gathered in Jerusalem, people were able to understand and communicate with one another. The diversity in that group was not abolished, but the people were given the capacity to talk together.  Even if, on the surface of things, we speak the same basic language – say English – there will be many concepts and nuances that are shaped by the particularities of our places, faith traditions, etc. By staying in conversation and by asking questions, we begin to understand the vernacular of the other: particular terms that are used and what is meant by them and how they translate into terms that are more familiar to us (and also what is lost in the translation from one vernacular to another).  We also learn the theology and philosophy that gives shape to language and even when we don’t agree, we can if we are attentive come to realize why a thing is described in a particular way.

Although we all are part of a single story, the story of creation, it is a story that is told and enacted in voices as diverse as every corner of that creation.  The wonder of God’s reconciliation is that God does not force us into a particular language or culture, but rather, gathers us and collaborates with us amidst all the particularities of the cultures in which we exist, bringing these cultures – as at Pentecost – into harmony with one another.  The work into which we are called as God’s people is one of peacemaking. Of reaching fearlessly across the manifold divides that fragment us and following the Spirit’s lead as we are slowly brought closer together and closer toward harmony.

I know the above thoughts are only a beginning.  What other convictions and practices might characterize a “big table” approach to Christianity? 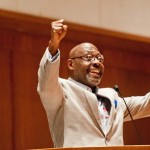 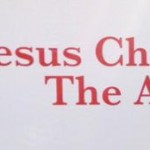