On Making Tents [Economics of Church and Seminary #1]

We’re delighted to have a guest post today (the first in a series of three) by Justin Barringer, who was featured in David Wheeler’s article in The Atlantic about the effects of seminary debt.

They say “Don’t read the comments.” In fact, my wife especially warned me not to read the comments after the article featuring me in The Atlantic was published. She was right. But, the rebel I am decided to read them anyway. Generally the comments broke down into four types: 1) The sympathetic folks who were walking in my debt-laden shoes. 2) The people who wanted me to just shut up and lay down in the bed I had made for myself. 3) The people accusing me of being in it for the money. 4) And, those who argued that tent-making was the way to go.

Perhaps you will let me vent a bit for a moment before I address the types of comments people made. More than once I was accused of being in it for the money. I want to scream, “I am doing this because I love Jesus, because I love marginalized people, because I am called. I am not in it for the money, and anyone who knows me would tell you just that.” If I am being honest there are times that I want notoriety, perhaps even fame, but my desire is largely to be downwardly mobile, to find myself in places where people are hurting and hopeless so I can point them to Jesus. The churches I have always felt myself drawn to, the ones where I believe I am called, are the ones whose very identity is bound up with and made up of people in poverty, and therefore they are most often the churches that cannot pay me, or at least pay me well.

My wife and I were talking the other night and I asked her if she thinks we would still try to live simply and generously if we were in a better financial situation, and she said “I think so, but sometimes I wonder if where we are is forcing us to ask questions about what it means to be faithful. If we didn’t have the debt then perhaps we wouldn’t be learning to live like we do.” As is often the case, she is likely right. I am hoping though that folks can learn lessons from our story so they don’t have to live it themselves.

It is also worth clarifying that not every job I applied to was a good fit. At times there were theological or philosophical differences, or my particular skill set was not quite right. One church even sent me an email after they found out I was a pacifist saying “That is not a battle we want to fight.” I couldn’t help, but laugh at the choice of language, but I also felt frustrated that I could not quite make my theological views fit nicely into any particular denomination’s expectations. On another occasion I was in a group interview and someone asked how I felt about once saved always saved. I responded, “Well, if we are discipling people the way we ought to be, then this shouldn’t be a question that we should have to deal with very often.” The interview ended right about then.

I know I am not the only one because I see Facebook posts and comments on articles, and hear stories of other competent ministers who, because of theological identity, or circumstance, or lack of experience, or gender, or philosophical commitments, cannot get full-time church jobs. Yet, these folks are strapped with the amount of debt that many law school and med school students have because they have been told that this education was necessary and would pay off in the end. I have one friend who is among the most competent, compassionate, authentic pastors I know, but who has been unable to find a church job and currently works a near minimum wage job at a home improvement store. I have other friends who are working full-time (often more than 40 hrs) at a church that cannot afford to pay them enough to pay back their loans so they are working as school bus drivers, or baristas, or any number of other part time jobs.

When I think about these stories, including my own, people’s exhortation to be a tent-maker feels even more infuriating because many of us who went to seminary never learned how to make a tent! To learn how to make a tent at this point would be another investment of time and money that I simply cannot afford, which also has no guarantees on the other end. From the time I was in high school everyone from my parents to church leaders to the school guidance counselor told me I need to go to college. Furthermore, many of those voices pushed me towards private Christian college, even though my family could not afford the tuition. So, I took out loans, lots of loans. When I was nearly through college I knew that I wanted to become a pastor, so a degree in oral communication/rhetoric seemed like a worthwhile pursuit since I knew I would be headed to seminary, but alas that is not exactly a degree track that teaches one how to make a tent to support ministry in a local church.

I am convinced that at least a three-pronged approach is necessary to address the growing issue of seminary cost and decreasing church budgets; seminaries, denominations, and individual congregations all need to get a little creative as this whole crazy thing called the community of believers works together to bear witness to the kingdom. I hope to write about my thoughts on seminaries and denominations in some other venues, but my desire here at the Slow Church blog is that this series will help us think through what it looks like for whole congregations to learn to make tents together so that some may be freed up to preach, teach, lead, and counsel. And along with making tents together, I hope to explore creative ways that church communities can find better ways to redistribute their resources to see to it that everyone, even clergy are cared for.

In the coming weeks I will address two specific areas. I want to explore what it means for entire congregations to work with one another to live more simply, and how congregations can work at the confluence of needs and asset based community development all in order to build healthier communities where each person is valued and compensated for her or his work.

I may have never learned to make a tent, but I am convinced that together we can not only make tents, but that we can join in the very mission of God in each of our communities. We can join the one who took on a tent of flesh, and make God’s presence known among our neighbors. 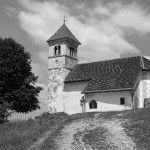 August 26, 2014
Reimagining the Economics of Church and Seminary
Next Post 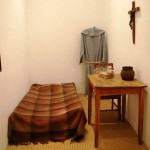