A Community of Simple Living [Economics of Church and Seminary #2]

A Community of Simple Living [Economics of Church and Seminary #2] September 4, 2014 Christopher Smith 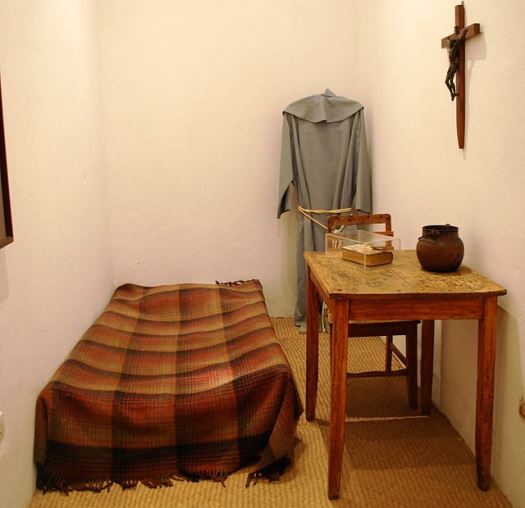 We’re delighted to have a guest post today (the second in a series of three) by Justin Barringer, who was featured in David Wheeler’s article in The Atlantic about the effects of seminary debt.

*** You can find the previous posts in this series here… ***

As the church has been caught up in this nightmare, we have, perhaps oddly, insisted that clergy are somehow supposed to be uniquely able and expected to avoid the snares of upward mobility. As folks were suggesting in the comments on the Atlantic article, clergy are not supposed to be in it for the money. In fact, it was suggested that they ought to take vows of poverty.

They weren’t totally wrong. However, I want to suggest that they missed the mark in at least two ways. First, it is not so much a vow of poverty that clergy ought to take, as much as it is a vow to continually be on a journey to live simply. Second, it is not only clergy who ought to be on this journey, but all those who profess faith in Christ. Now, I will admit that living simply has become another one of those Christian catch phrases that has been so overused in some circles that it has been rendered virtually meaningless. Therefore, I want to make three suggestions that people in virtually any congregation in America can put into practice to improve the ministry of the church, while also making sure that each member is cared for, even clergy. The end of Acts 2 provides a helpful framework for the sort of communally simple living I have in mind.

The sort of mutualism articulated in Acts 2:44 involves a community of people who each have something to offer, something to receive, and a place to belong. Our current economic structures pervert these realities by clearly distinguishing the “haves” from the “have nots” in a way that makes some valuable and others valueless, all the while robbing each person of a sense of belonging by making each of us a commodity. One remedy to this sort of meritocracy is a local, relationally-based, barter economy.

As pastors, and others, graduate with debt, then have difficulty finding appropriately gainful employment, the local barter economy provides a means through which their needs can be met as they offer their services. As a pastor preaches, teaches, leads, counsels, encourages, and guides, perhaps other members of the church can “trade” their own skills for these services. Church members can babysit the pastor’s kids, do home repairs, give rides, clean house, offer medical care, or any number of other helpful services free of charge. In our area, I know of a chiropractor who provides free adjustments to pastors and seminary students because they often do not have adequate insurance or money to pay for his services. This simple ministry helps leaders stay in better health so they can continue on with their particular work in the church.

This local barter economy helps us regain our dependence upon one another, it subverts the principalities and powers that puppeteer neo-liberal economies, and it helps us move beyond merely being members of the group to becoming each other’s friends, which in turn places the value not on what a person can do, but who a person is. It is also mutually dignifying in that it doesn’t rely on simply giving handouts, but on offering each person an opportunity to share their gifts, abilities, and possessions for the good of one another. Maybe while we are at it we can teach each other how to make a tent.

This early group of Christians sold off their property to see to it that everyone was cared for, even those whose time was spent preaching and teaching. The parallel for our times seems simple enough, but like I said about simple living in general, it ain’t easy. We all remember that story where that rich guy came to Jesus to ask what he needed to do to live forever. Jesus told him to sell everything then follow. Damn, that one is tough. I will refrain from exegeting that passage, but I want to make one observation: We love our stuff! I have heard folks ask if the rich young ruler story means that we are all supposed to sell everything, to which I heard one preacher respond “I don’t think it does, but if it did would you do it to follow Jesus?” I am with this preacher, even asking myself occasionally if I would really give it all up if Jesus asked me to. Would we sell our houses, or our cars, or our electronics to bless those whose responsibility, an awesome responsibility by the way, it is to preach the good news of Jesus?

Of course, as I said in the intro, my interest isn’t just in supporting poor clergy; I want to see churches improve their ministry. I am persuaded that the churches doing the best overall ministry are those that invite and include the whole congregation as each person is being shaped into the image of Christ. I think it is fair to assert that most Christians in America either have too much stuff, or spend too much time working to get more stuff. If instead we sought to sell off possessions for the sake of others, even for the sake of our pastors, and thus “storing up treasures in heaven,” then we might just find that we have more time and energy and space to listen to God. Just imagine having less to look after, less cleaning to do, less to store and move, less to feel a need to protect. I feel lighter already. If your pastor doesn’t know how to make a tent, then perhaps you can sell something to help her out.

When I was in seminary my wife and I joined a CSA (community sponsored agriculture) cooperative with another couple. Every week when our box of vegetables arrived we would gather with this other couple, usually at their house, to divvy up the produce. It not only made a variety of delicious fresh veggies affordable for us, it gave us the chance to spend time with our friends. Likewise, my wife and her friend started a coupon club where a group would get together regularly to swap coupons and share money saving ideas. Both of these ideas are examples of the sort of cost sharing group activities I have in mind, along with ideas like buying in bulk together, or using group discounts on entertainment, or purchasing the ingredients then making laundry detergent with each other. They all help people save money and spend time together, just like those Christians in Acts.

You see, the temple courts were used as a market place, so it is likely that these early Christians were not simply gathering to sing songs and pray; they were shopping together, participating in the goings on of their community, and finding out the day’s news. Then after they bought their groceries they would go back to someone’s house and make a meal together. Some of them could probably make tents, or otherwise make a decent living, and some of them could not, but they could join together to share the costs of daily living, by living daily with one another. Perhaps we should try to emulate that.

Simple living ain’t easy, and doing it in community is a whole different level of difficult at times, but the gospel and the failing economy demand that we give it a shot. 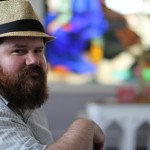 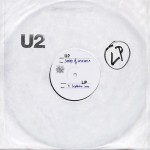 September 9, 2014 First Thoughts on U2's Songs of Innocence
Recent Comments
0 | Leave a Comment
"Every normal person wants to help those in need as we can.Church groups have the ..."
Bob Shiloh A Politics of Hope in the ..."
"Hi Abe; Are your mom and dad, Kath' & Tony? If so, then you have ..."
Steev Rush Garrett JPUSA: A Tragic History of Sexual ..."
"https://www.christianbook.c...One of the best books I've ever read!"
Nimblewill Reflecting On The Worst Christian Book ..."
"Yes...but I think you commented in the wrong post. ^^;;"
The Mouse Avenger Remembering Mr. Rogers.
Browse Our Archives
get the latest from
Progressive Christian
Sign up for our newsletter
POPULAR AT PATHEOS Progressive Christian
1

How come I can't see you...
slacktivist
Related posts from Slow Church