Justice that Leavens the World.

While in the DC area this week speaking and promoting Slow Church, I had the opportunity this morning to visit a friend of mine who works at International Justice Mission (IJM).  I had the privilege of sitting in on IJM’s daily prayer service today, where they shared various facets of their work and offered thanksgiving and requests in prayer.  IJM is doing powerful work around the globe, diligently working for the justice of women, fighting the sex trade, working to end the violence that lies at the root of much poverty and injustice in the world.

At the same time, I am reading Scot McKnight’s latest book Kingdom Conspiracy, getting ready to review it for the next print issue of The Englewood Review of Books.  One of the key points in this new book is that Kingdom work is primarily (if not exclusively) the work of the local church.  The sort of theology that Scot lays out here, is on a similar wavelength to the work that John and I did in the Slow Church book, but I wonder if in his vehement rejection of “Kingdom work” apart from the local church, McKnight has swung too far in the opposite direction? I agree with McKnight that the people of God, as embodied in our local church communities is the primary means through which God’s reign is being revealed to the world, but I also believe that God is reconciling all things and that the reign of God is breaking into the world in all kinds of ways, even outside the church. God is at work laying the groundwork and preparing people for participation in God’s people, and, as Gerhard Lohfink has argued, enticing people toward life in the people of God.

So, how do we begin to build bridges across the gap between the important work of bearing witness to God in our local communities (that we call for as part of Slow Church, and that McKnight also calls for) and the important ways that IJM and other similar groups are engaged in the struggles against deeply rooted systems of injustice? (Work that McKnight almost certainly would not consider “Kingdom work”).  First, I think we should not fall into the trap of seeing these as either/or options, both rather both/and, but specifically the sort of both/and, in which the local church and global justice non-profit recognize the significance of the other and are being drawn into an ever-deeper symbiotic relationship. Certainly, IJM’s work seems to be deeply dependent on local churches, both in North America and around the globe. And particularly when one looks at an issue like sex trafficking, which was the area in which IJM got its start, IJM is doing wonderful work on the “supply side” of the equation, but as long as there is demand for sex services (prostitution, pornography, etc.) there will be a market for sex trafficking.  There is much important and challenging work that can be done in churches on the “demand side” of this equation, in becoming communities that embody justice by — among so many other things — exploring our sexual brokenness, and allowing God to form us in a way that we begin to find healing in our local church communities.  And this is only one issue among many; similarly we need in our church communities to come to recognize the seeds of violence in our own hearts, and how these seeds are contributing to injustice in our pwn places and around the world.  IJM founder Gary Haugen, has recently written The Locust Effect (surely one of 2014’s best books), which emphasizes that poverty and injustice cannot be eliminated without addressing issues related to violence.  We can reinforce the work of IJM in our local church communities as we honestly explore the ways in our desires (e.g., for oil- and coal-based energy and for cheap food and clothing)  and our day-to-day lifestyles contribute to violence against humanity and creation in our neighborhoods and around the world.

IJM needs the local church, not only for personnel and fiscal support but perhaps more importantly for their work on the “demand side” of the equation, and the local church needs groups like IJM to guide us into deeper engagement with the systems and powers of injustice that — although they have been conquered in the life, death, resurrection and ascension of Jesus — still seem to dominate the world in the 21st century.  Together, we will see the justice of God begin to leaven the world in new and deeper ways. 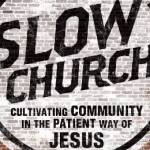 November 24, 2014 Ferguson and Our Broken Justice System
Recent Comments
0 | Leave a Comment
"Every normal person wants to help those in need as we can.Church groups have the ..."
Bob Shiloh A Politics of Hope in the ..."
"Hi Abe; Are your mom and dad, Kath' & Tony? If so, then you have ..."
Steev Rush Garrett JPUSA: A Tragic History of Sexual ..."
"https://www.christianbook.c...One of the best books I've ever read!"
Nimblewill Reflecting On The Worst Christian Book ..."
"Yes...but I think you commented in the wrong post. ^^;;"
The Mouse Avenger Remembering Mr. Rogers.
Browse Our Archives
get the latest from
Progressive Christian
Sign up for our newsletter
POPULAR AT PATHEOS Progressive Christian
1