An Interview with Tim Suttle

Tim Suttle’s Shrink: Faithful Ministry in a Church-Growth Culture was one of our favorite books of 2014. In fact, Chris has said that Shrink is “one of the wisest and most significant evangelical books” that he’s read in the last decade. I would agree with that. The book is deeply resonant with the themes of Slow Church.

I had the opportunity to interview Tim for the most recent print edition of the Englewood Review of Books. I encourage you to check it out. Below you’ll find an excerpt from the published interview and bonus material we couldn’t bear to leave on the editing room floor. We think you’ll find Tim’s message as compelling as we do.

Are you encouraging churches to shrink? Are you saying that churches, in order to be live more faithfully in our neighborhood, necessarily need to be smaller? 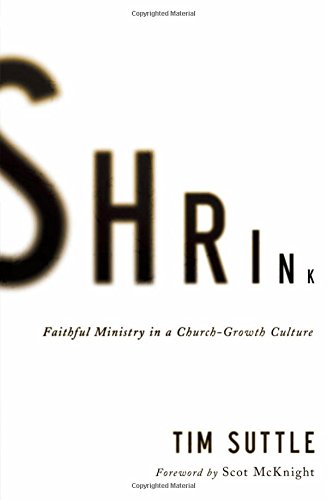 I mean “shrink” in more than sense. I don’t want the Church — in a universal sense — to get smaller. And I don’t necessarily want most churches to shrink, because most churches are already pretty small. The vast majority of churches are under 200 people. Yet nearly all our leadership advice comes from megachurch pastors. That’s a fundamental disconnect.

So it’s not that I necessarily want churches to shrink. What I want is for the Church to be faithful. I’m convinced that the Church has bought into a narrative of success and pragmatism that has co-opted the entire leadership conversation. Even the pieces I’ve been really hopeful about, and have an affinity for—the missional vein, for example—are plagued by an enduring, unshakeable pragmatism. Until we shake that pragmatism, we can’t represent an alternative way of life, which is central to what it means to be the Church.

What I’m urging people toward doesn’t have a specific number attached to it. But American culture is fascinated with all things “bigger, better, stronger, higher, faster.” The extent to which the Church has swallowed the American story of success, I think is a huge mistake. And the extent to which we try to correct that mistake, we can’t expect people to like it. It messes with assumptions about the way the world is and what is considered virtuous. We assume bigger is better. We assume that you ought to do whatever helps get you a leg up in this world. If you can then you should. Retraining ourselves to follow the way of Christ, a fundamentally different way of being in the world, I think we’ll shrink. There’s probably no way around it.

I think so. Every January, I visit church websites to see how all the big pastors are casting their visions for the year. I just laugh because I never have to do that. Unless there is some huge movement that God is asking us to do, some big move that we need to make as a church together, I don’t cast a vision. Yet I feel like I’m always talking about the Church. Always. I’m always talking about what it means to be the people of God. I would be surprised if I don’t use the phrase “people of God” every week. It is a fundamental preoccupation.

If you came to our church and started talking about “success,” I wouldn’t have to say a word. The people in our church would say themselves, “That’s not really what we’re about. We’re trying to be faithful. So whether it works or not, we’re going to do this because that’s what the Church does.” I hear that kind of thing all the time.

You know what else? Most of the things you do aren’t going to be successful — at least not by the normal standards of success. My church isn’t a “success.” No, I think my church is a living and breathing miracle. Take the fact that we are able to keep afloat when a significant number of our people are alcohol and drug addicts who make their home on the streets — there’s no way we should be able to stay afloat.

At some point you just stop worrying how it looks, because I think deep down this is what Scripture and Christian tradition tell me is what it means to be faithful. The people I’m with here support that. We leave the outcome to God.

I was part of a church where a very vocal minority in the church was trying to push out a recently hired pastor. The pastor was calling the church to a deeper level of faithfulness in our community, but some people didn’t like him and a number of folks had left the church. During one business meeting, the head of the Stewardship Committee, who was basically making the financial case to fire the pastor, held up a list of all the major givers who had left our church. He said that while it’s true that some new people had started coming to our church, many of them couldn’t afford to tithe or didn’t know they were supposed to. I responded by saying that I look forward to the time when we proudly hold up a list of all the poor people who had started attending our church.

You can only say that if you’ve been formed in a different narrative. If you say that to a person who can’t recognize it as anything other than utter nonsense, it becomes a point of conflict. We are trying to live our lives in such a way that they are completely unintelligible — foolish and stupid, in fact — unless Jesus was God. If Jesus was God, then we had better live this way, or else we are bowing down to a false god.

My conviction is that God loves us very much, and although there’s always grace, and even though God only ever works with whatever brokenness we give, the Church in America is bowing down to the false God of American exceptionalism and a fascination with success.

You think your church was shrinking, look at the Church in America. It’s time for us to ask hard questions about why this is happening. We need to look outside the American narrative for the answers. In other words, candles are not going to help you. Turning the lights down low, burning incense, and singing the latest Hillsong worship set is not going to fix your problems. We have to switch stories. Until we switch stories, we will become less and less relevant to the people in our communities and our workplaces and our neighborhoods who already can’t figure out what God has to offer them.

Image Credit: Featured image from Storylight Studios, where you can also watch the Shrink trailer. 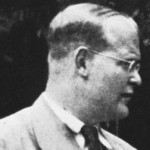 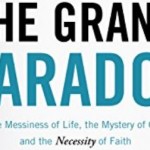 February 12, 2015 Ken Wytsma - The Grand Paradox [Patheos Book Club]
Recent Comments
0 | Leave a Comment
"Every normal person wants to help those in need as we can.Church groups have the ..."
Bob Shiloh A Politics of Hope in the ..."
"Hi Abe; Are your mom and dad, Kath' & Tony? If so, then you have ..."
Steev Rush Garrett JPUSA: A Tragic History of Sexual ..."
"https://www.christianbook.c...One of the best books I've ever read!"
Nimblewill Reflecting On The Worst Christian Book ..."
"Yes...but I think you commented in the wrong post. ^^;;"
The Mouse Avenger Remembering Mr. Rogers.
Browse Our Archives
get the latest from
Progressive Christian
Sign up for our newsletter
POPULAR AT PATHEOS Progressive Christian
1

Will The Church Survive The Covid-19...
The Thoughtful Pastor
Related posts from Slow Church

Racism Is The Emergency: News From Louisville
Racism is the real emergency. What if we truly addressed systemic racial...
view all Progressive Christian blogs
What Are Your Thoughts?leave a comment
Copyright 2008-2020, Patheos. All rights reserved.