One of the most important people in my life was my Uncle Ferdinand.  He had a certain swagger, relished punch lines of jokes, commanded respect around the South Bronx, encouraged me to be the best I could be, and always surrounded himself with beautiful women.  Even when times were tough, I knew that Uncle Freddy had my back.

I’ll never forget when my mother told me he’d been arrested.

Apparently, those beautiful women who were always around weren’t there by choice, but rather by occupation: prostitutes. My beloved uncle was a pimp.

How could Uncle Freddy — the one adult I relied on, this uncle I loved — have this terrible dark side?

It was a lesson I should’ve learned: people are neither wholly good or wholly evil. When I heard that Bill Cosby had been accused of drugging women to rape them, I immediately thought “this can’t be true.”  Like many of you, Bill Cosby represented something amazing — something I never had: a strong father in a loving family.

Sure, that was all on television and not real life.  But my “real life” intersected with his show when I caught a break and got to be in one of the episodes of The Cosby Show.  At a very challenging time of my life, he and his lovely wife Camille invited me to their home and spoke words of encouragement to me.  I guess that’s why I refused to believe the women who kept coming out of the woodwork and why I decided to speak out to say that he had only treated me as a gentlemen would.

Now, he’s come out and admitted he got drugs to seduce young women, and it makes me want to stop the world to get off of it.  Bill Cosby — America’s dad?

RELATED: HOW TO LIVE IN A WORLD WHERE BILL COSBY IS A SERIAL RAPIST

I think of Bill Cosby now and I think of Uncle Freddy: two men who affected my life in a positive way, but who left wreckage behind them.  The evil, terrible, unspeakable acts they did cannot be ignored. I’m not sure why we want to elevate certain people and believe they are better than they are.  I guess for the same reason we hope we’re better than we are.

When things like this happens, it serves as a good reminder that only one man was perfect…  and thankfully that’s all it took.

Read more about my time on The Cosby Show in my upcoming book – sign up for updates on it an this blog here. 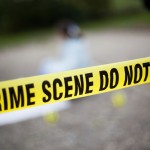 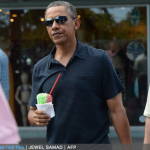 July 8, 2015 Who is Really the Rich, Out of-Touch Leader?
Recent Comments
58 Comments | Leave a Comment
"Hi there, sluggerz.For the purpose of what I talk about re: racism, it's to do ..."
penpusher Snoop Dogg threatens to “roast the ..."
"Can you give your thoughts on slavery worldwide? After all, slavery didn't start in the ..."
sluggerz Snoop Dogg threatens to “roast the ..."
"Hi there Bob Wehadababyitsaboy.The problem we must negotiate, when attempting to have some semblance of ..."
penpusher Haircare ad featuring white girls angers ..."
"Are you some kind of idiot? You think that EVERYBODY doesn't deal with shit like ..."
Bob Wehadababyitsaboy Haircare ad featuring white girls angers ..."
Browse Our Archives
Related posts from Stacey Dash