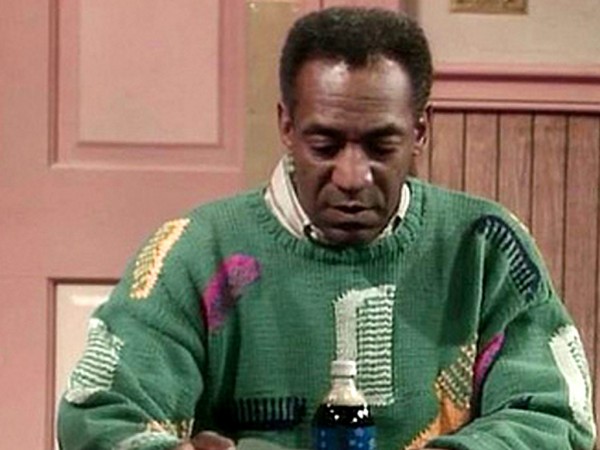 I fondly remember playing with my Rubik’s cube in front of my television set and laughing as Cliff and Claire Huxtable dealt lovingly with their kids.

I’d grown up on reruns of The Jeffersons and Good Times, but Cliff Huxtable was no sullen James Evans or strutting George Jefferson. He was kind, classy, stern, and loving. Is it too much to call him the pater familias of our generation? While other sitcoms of the era – Silver Spoons and Webster – featured ignorant adults manipulated by irritatingly clever kids, but the Huxtables were firmly in charge of their crew. In a culture broken by divorce, the Huxtables were a warm place to curl up on a Thursday night.

Their kind, unflappable parenting dealt with topics like teenage sex, drinking, scary movies, and dyslexia in a way that didn’t involve the heavy handed appearance of the First Lady in a “very special episode.” (Yes, I’m talking to you, Diff’rent Strokes.) Cosby became “America’s father,” beloved and trusted. One public-relations relations expert famously declared, “The three most believable personalities are God, Walter Cronkite, and Bill Cosby.”

So, how do we process the news that several women have come forward and accused Bill Cosby of drugging them, sexually assaulting them, raping them? Even during the time that he was putting on the cardigan sweater, dancing to Dizzy Gillespie, and dispensing advice to Denise about dressing modestly?

I found myself wanting to hide this news from my kids, who are 15, 13, and seven. After we adopted a little girl from Africa a few years ago, I introduced them all to reruns of The Cosby Show. “Look!” Naomi would say as she pointed to Rudy. “She looks like me!”

Now that those reruns have been yanked off the air because of rape allegations, how do you live in a world where Bill Cosby might possibly be a rapist?

I, for one, don’t want to. I want there to be people in the world who are really, actually good. I want men to be like the fictional Cliff: faithful, generous, pure, courageous, funny, kind. I want women to be like his fictional wife Claire: sexy, wise, loving, smart, and attentive.

Do these qualities exist in real life, a life not scripted by studio execs trying to create an ideal image? Anyone who’s ever tried to find a good Biblical name for their kids realizes that it’s really not easy to find good people – even in the Scriptures. Courtney Ressig, writing for the Gospel Coalition, reminds us of a long line of Biblical sinners:

And these are the people in the Bible! Are there political leaders you’d like to emulate? High-profile preachers? Really, off the top of your head, think of a person in your life whom you trusted who recently disappointed you with a suddenly revealed private life, or even with glance that made you realize they didn’t have your best interests at heart. Are there too many to count?

I desperately want people to be good, but the issue cuts into my own soul. Do the above virtues even exist when I look in the mirror, when I’m not wearing my best clothes and makeup and when I’m not trying to project my best façade? Am I honest, selfless, humble?

Perhaps the Cosby allegations are so devastating because we want other people to be better than we are. We want someone to rise above, to reach beyond, to achieve a holiness we know must be possible. Isn’t it?

I have to acknowledge what my family might readily admit: I’m both disappointed and disappointing. But as a Christian, my sin doesn’t define me. I’m a child of God, called to live the life of a recovering, redeemed sinner in a world full of other morally corrupt people.

And so, in every circumstance of high-profile people screwing up, God is doing something profound, something deep, something deeply unnerving: He’s showing us that He alone is God.

Like the Biblical Israelites, we tend to bow down to the charismatic people in front of us — people we can see, if only on screen . . . people we think can somehow represent the virtue that comes only from God Himself.

When Bill Cosby (or Bill Clinton, General Petraeus, Ray Rice, Kobe Bryant, or whoever your personal idol may be) falls down in a publically humiliating way, our reaction shows just how misguided we were to put our trust in them to begin with.

These scandals remind us that none of these people have the ability to save us; they — like us — are simply in need of a Savior.

But there is good news for those of you who sat on your sofa every Thursday night, delighted by the antics of the Huxtables.

There is a Father who won’t disappoint, and we have access to Him because of the one perfect person who did manage to walk this earth without being revealed as a tax evader, a hiker of the figurative Appalachian Trail, a hirer of prostitutes, or a liar.

Thankfully, in this world of constant disappointment, one is all it took.

November 26, 2014 VeggieTales "In the House" Debuts on Netflix Today
Recent Comments
1 Comment | Leave a Comment
"and what makes this even better is that the two girls are sisters http://www.huffingtonpost.c..."
d Black activists cried "racism" over this ..."
"It's heart wrenching to hear about this. Our country is getting more vile and depraved ..."
BlackSun Syndicate Target proudly welcomes men to use ..."
"a wolf dressed as a sheep is still a wolf - if u have a ..."
Aussie In Austin Target proudly welcomes men to use ..."
"I am picturing a little turd in pajamas sipping coffee."
Cantbelieveyouthinkthis Los Angeles Craigslist ad somehow captures ..."
Browse Our Archives
Follow Us! 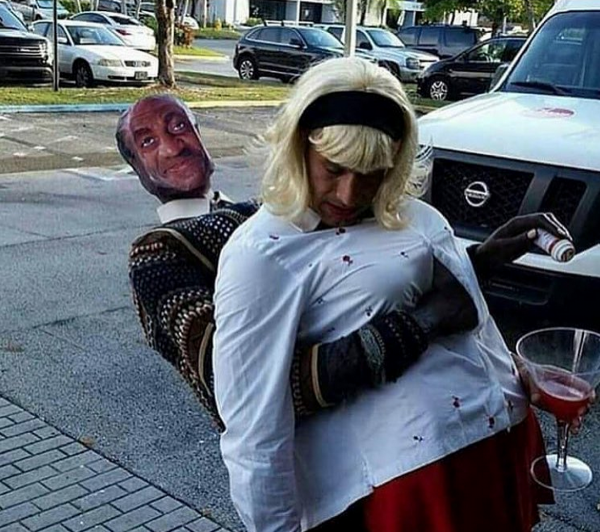