Carson had said on Friday, at a conference put together by the black conservative group Freedom’s Journal Institute, “Of course all lives matter. I don’t want to get into it; it’s so silly.” […]

Carson ameliorated his remarks a tad, saying, “[O]f course we should be very concerned about what’s going on, particularly in our inner cities. It’s a crime, you know, for a young black man, the most likely cause of death is homicide. That is a huge problem that we need to address in a very serious way.”

But he would not back down when it came to the crusade against police that’s the thrust of the “Black Lives Matter” movement, stating, “The vast majority of police are very good people. Are there bad apples? Of course. But if you hire a plumber and he does a bad job, do you say all plumbers are bad? Let’s go out and kill them? I don’t think we do that.”

These words are not just coming from one of the most accomplished Black Americans in our nation’s history, Dr. Carson grew up in poverty in Detroit.  If anyone understands the black experience in America, it is him.

There are real problems that need to be addressed to help our black communities.  Political Correctness gets in the way of actually solving these problems.

I think it said it best at the first GOP Presidential Debate on Thursday, when he said:

Wouldn’t it be refreshing if we could all talk about race and politics the way Dr. Carson does? 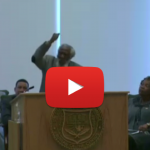 August 9, 2015
Racist Black Activist PAID to Speak By the Federal Government
Next Post 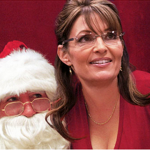 August 12, 2015 Four Reasons Why Erick Erickson Isn't the Sexism Police
Recent Comments
2 Comments | Leave a Comment
Browse Our Archives
get the latest from
Politics Red
Sign up for our newsletter
POPULAR AT PATHEOS Politics Red
1