I’ve made clear my various reasons for supporting Paul Ryan previously.  He’s going to be a Speaker for all of America – not just his home state of Wisconsin, not just conservatives, not just the Republican Party.

He will be a Speaker representing all Americans. I was struck by this when watching him enter the House chamber for the first time as Speaker yesterday. He was shaking hands, smiling, joking, and hugging members of the House Freedom Caucus and the Congressional Black Caucus. He is respected and loved by many, because he’s a man of conviction and willing to work with others who disagree with him.

Watch this video to see what I mean:

Paul Ryan gets it.  He has gone into America’s inner cities, where most politicians would never dare to go, and he has learned first-hand what real America cares about.  He is not afraid to tackle hard issues head on, because he seems to genuinely care about the people he meets there.
Several months ago, I challenged the Republican presidential candidates to go into the inner city and let the people there know that we see them.  I hope these candidates continue to answer my challenge in the coming months before the election!  We have to show those who are in poverty in our country, that we, as Conservatives, deeply care about them!  We have to prove to them that the liberal narrative that Conservatives don’t care or don’t understand what they are going through is totally false.

We have to follow in the footsteps of Speaker Ryan and sit down next to the disenfranchised, look into their eyes, and tell them that they matter to us! 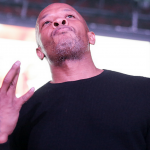 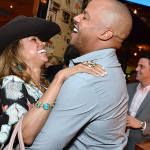 November 2, 2015 Thanks, Donald Faison, for not being "Race Baited" by Madame Noir
Recent Comments
16 Comments | Leave a Comment
Browse Our Archives
get the latest from
Politics Red
Sign up for our newsletter
POPULAR AT PATHEOS Politics Red
1