The problem with this (besides the obvious fact that it is incredibly RACIST) is that it pushes a form of divisive identity politics that tears our nation apart.   Liberals say race doesn’t matter… but you better believe it matters to liberals when it’s time to vote.  Then it’s the ONLY thing that matters.  Liberals say gender doesn’t matter… until it comes time to vote.  Then, to liberals, it’s the ONLY thing that matters.

Republicans don’t seem to care about my race at all, but Democrats can’t stop reminding me of my race.

That’s why I love Congresswoman Mia Love so much. And that’s exactly why Democrats hate her so much.

POLITICO reports that Mia Love is one of the Democratic Congressional Campaign Committee’s top targets in the 2016 House elections.

She’s calling them out every day on their lies and deception, their race-baiting and threats.

Keep fighting the good fights, Congresswoman Love. I have your back. 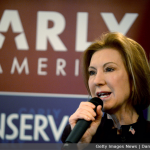 February 12, 2016
DHS Hack: a reminder that our government is no good at data security
Next Post 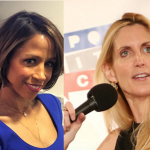 February 15, 2016 Don't compare me to race-baiting, white-nationalist-courting Ann Coulter
Recent Comments
0 | Leave a Comment
Browse Our Archives
get the latest from
Politics Red
Sign up for our newsletter
POPULAR AT PATHEOS Politics Red
1