Authority of the First Popes 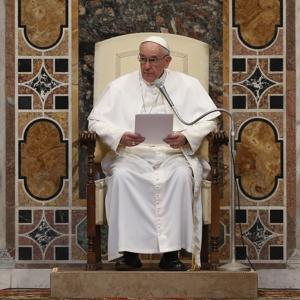 The Early Church and the Development of the Papacy

The Trail of Blood

Some time ago an acquaintance from my days as a fundamentalist sent me an email. Kevin had become a Baptist pastor and was disappointed that I had been “deceived by the Catholic Church”. He wanted to know my reasons for becoming Catholic.

I get such emails from time to time, and rather than get involved in arguments about purgatory or candles or Mary worship or indulgences, I usually cut straight to the point and try to engage my correspondent with the question of authority in the Church.

Kevin told me that to follow the Pope was an ancient error, and when I asked where he got his authority he promised to send me a book called The Trail of Blood. This book, written by a Baptist pastor called J.M.Carroll explains that Baptists are not really Protestants because they never broke away from the Catholic Church. Instead they are part of an ancient line of “true and faithful Biblical Christians” dating right back through the Waldensians and Henricians to the Cathars, the Novatians, Montanists and eventually John the Baptist.” This view is called Baptist Successionism or Landmarkism and it is also taught by John T Christian in his book, The History of the Baptists.

Baptist Successionism is a theory more theological than historical. For the proponents, the fact that there is no historical proof for their theory simply shows how good the Catholic Church was at persecution and cover up. Baptist Successionism can never be disproved because all that is required for their succession to be transmitted was a small group of faithful people somewhere at sometime who kept the flame of the true faith alive.  The authors of this fake history skim happily over the heretical beliefs of their supposed forefathers in the faith. It is sufficient that all these groups were opposed to, and persecuted by, the Catholics.

Most educated Evangelicals would snicker at such bogus scholarship and many more are totally ignorant of the works of J.M.Carroll and the arcane historical theories of Baptist Successionism. Nevertheless, the basic assumptions of Baptist Successionism  provide the foundation for most current independent Baptist explanations of early Church history, and these assumptions are the foundation for the typical independent Baptist  understanding of the Church. The assumptions about the early church are these: 1) Jesus Christ never intended such a thing as a monarchical papacy 2) The church of the New Testament age was de-centralized 2) the early church was essentially local and congregational in government. 3) The church became hierarchical after the conversion of Constantine in the fourth century and 4) the papacy was invented by Pope Leo the Great who reigned from 440 – 460.

The basic assumptions the typical Evangelical has about the papacy are part of the wallpaper in the Evangelical world. Being brought up in an independent Bible Church, I was taught that our little fellowship of Christians meeting to study the Bible, pray and sing gospel songs was like the ‘early Christians’ meeting in their house churches. I had a mental picture of ‘Catholic Pope’ which I had pieced together from a whole range of biased sources. When I heard the word ‘pope’ I pictured a corpulent Italian with the juicy name “Borgia” who drank a lot of wine, was supposed to be celibate, but who not only had mistresses, but sons who he called ‘nephews’. This ‘pope’  had big banquets in one of his many palaces, was very rich, rode out to war when he felt like it and liked to tell Michelangelo how to paint. That this ‘pope’ was a later invention of the corrupt Catholic Church was simply part of the whole colorful story.

But of course, the idea that the florid Renaissance pope is typical of all popes is not a Catholic invention, but a Protestant one. Protestantism has been compelled to rewrite all history according to it’s own necessities. As French historian Augustin Thierry has written, “To live, Protestantism found itself forced to build up a history of its own.”

The five basic assumptions of non-Catholic Christians can be corrected by looking at the history of the early church. Did Jesus envision and plan a monarchical papacy? Was the early church de-centralized? Was the early church essentially local and congregational? Did the early church only become hierarchical after the emperor was converted? Did Leo the Great invent the papacy in the fifth century? To examine this we’ll have to put on one side the preconceptions and mental images of Borgia popes and get down to ‘just the facts ma’am.’

Did Jesus Plan a Monarchical Papacy?

Jesus certainly did not plan for the inflated and corrupt popes of the popular imagination. He intended to found a church, but the church was not democratic in structure. It was established with clear individual leadership. In Matthew 16.18-19 Jesus says to Simon Peter, “You are Peter, and on this Rock I will build my church, and the gates of Hell will not overcome it.” So, Jesus established his church not on a congregational model, but on the model of personal leadership.

Was this a monarchical papacy? In a way it was. In Matthew 16 Jesus goes on to say to Peter, “I will give you the keys of the kingdom of heaven; whatever you bind on earth will be bound in heaven, and whatever you loose on earth will be loosed in heaven.” This is a direct reference back to Isaiah 22.22, where the prophet recognizes Eliakim as the steward of the royal House of David. The steward was the Prime Minister of the Kingdom. The keys of the kingdom were the sign of his personal authority delegated by the king himself.

Jesus never intended a monarchical papacy in the corrupt sense of the Pope being an absolute worldly monarch, but the church leadership Jesus intended was ‘monarchical’ in the sense that it was based on his authority as King of Kings. Read More.