The Little Way Through Middle Earth 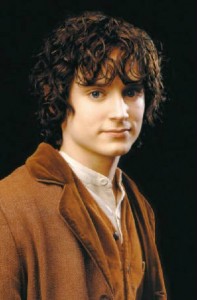 This first appeared in Second Spring

The Little Way Through Middle Earth

‘In a hole in the ground there lived a hobbit.’ Tolkien admitted that he wrote these words absentmindedly on the back of an exam paper he was marking.

Such spontaneous inspiration suggests the work of the subconscious mind, and if the subconscious mind, then a more mysterious source of inspiration may well be at work. Peter Kreeft has suggested that The Lord of the Rings is a divinely inspired work, and in the broadest sense this has to be true. Inspiration comes from earthly experience just as much as from heavenly guidance, and Tom Shippey has shown how the very word ‘hobbit’ emerged from the context of Tolkien’s lifelong interest in words and language.

The idea of little people who turn out to be the greatest would also have sprung from Tolkien’s devout Catholic faith. Not only does the gospel say that we have to be little to get into the kingdom, (Matthew 18:4) but the apostle John constantly refers to the faithful as ‘little children’. (e.g. I John 2:28) Furthermore, Tolkien would have been well aware that one of the Catholic saints most in the ascendant during his lifetime was the apostle of the ‘little way.’ Thérèse of Lisieux teaches that, ‘To be little means recognising one’s nothingness, expecting everything from the good God, as a little child expects everything from its Father.’

Now Tolkien was not writing a book about saints and going to heaven. Apart from a minor character saying grace before a meal, there is nothing in The Lord of the Rings which is remotely religious in the conventional sense of the word. Nevertheless Tolkien was clear that his Christian faith provided the underlying matrix for the story. In 1953 he wrote that The Lord of the Rings, ‘is of course; a fundamentally religious and Catholic work; unconsciously so at first, but consciously in the revision.’

Tolkien didn’t want to write a religious book, he wanted to create a myth for the English people. But the myth he has created is a very Christian myth. At the heart of The Lord of the Rings is a Christian worldview that gives a foundation for the entire story. David Mills has observed that a story can be Christian to the degree in “which Providence works as Providence, that is, to which it includes the requirements of obedience and the acceptance of permanent loss involved in the Christian teaching of Providence and shows it at work in the plot.’

Frodo, the hero of the Lord of the Rings, exhibits this obedience to a full extent.

Shippey has observed that Tolkien’s work, while set in an archaic, fantasy world is unmistakably modern.

Frodo’s struggle to obey the call of Providence is also modern. From the beginning of his stewardship of the Ring, Frodo is filled with angst. He is uncertain and disturbed by his destiny. After Gandalf tells him of the Ring’s origins, ‘Frodo sat silent and motionless. Fear seemed to stretch out like a vast hand, like a dark cloud rising in the East and looming up to engulf him. “This ring!” he stammered. “How, how on earth did it come to me?”’

and after Gandalf reveals what must happen to the Ring Frodo cries, ‘I am not made for perilous quests! I wish I had never seen the Ring! Why did it come to me? Why was I chosen?’ Read More