Don’t Tell Me How to Be a Pagan

Who has two thumbs and hates being told what to do? This girl.

For some reason, I have a strong internal need to do things my own way and be my own person.  I’m different from most people — I’ve never really fit into most groups. Even if I’m accepted, it’s taken for granted that I’m accepted despite the fact that I’m not like everyone else.  To make things worse, I have a problem following advice, even if it’s good.

Here’s an example.  Once, somebody gave me a pin that said, ‘Question Authority.’

I remember my stomach clenching and anger rising within me.  ‘Don’t tell me what to do,’  I thought.

Ironically, it was a nice gift, especially considering that questioning authority seems to be in my very nature.

Is anyone else like this?  If you’ve ever found yourself rebelling against people or concepts, useful or not, or if you have a rebellious spirit, read on.  You may be able to relate to some of my experiences.

By the way, it’s not my intention to offend anyone with this article.  I don’t have any say on what’s right and wrong for any individual.  I respect everyone’s right to do whatever they feel is good for them, an’ it harm none.  If I ruffle anyone’s feathers, I’m sorry.  Please take this article as my experience only as having to do things the hard way, as my mother likes to say.

As long as I can remember, I’ve been rebellious, usually to be the exact opposite of what people want from me.  When I was five years old, I remember singing out loud, “aw women” in the church when everyone else was singing “amen.”  Even better, I recall enjoying this open rebellion against the church and their worship of a divine masculine only.  As I looked around at people surrounding me, I smiled, silently inviting them to join into worship the divine feminine with me.

It’s no surprise that my mile-long streak of spiritual rebellion eventually manifested as a path of mostly solitary pagan.  Thanks to the Christian church, I found myself drifting toward the divine feminine.  I delved into goddess worship as a teenager and found myself in so many ways.  I became so empowered — beyond what I ever thought was possible.

I didn’t really bloom, though, until someone introduced me to NeoPaganism, Wicca, and pagan festivals.   The rituals we performed moved me to the point of tears and washed my soul with love.  Everyone at the pagan festival was like a second family that I never knew I had.  It was as if I’d been waiting for these people and these events my whole life.  I was finally home.  I loved those spiritualities even more, and grew into a confident woman.

However, I admit I had a few rebellious thoughts against pagan things, even in all my joyousness.

It’s probably not a surprise that I rebelled against spiritual labels as much as I did all other labels.  I could barely stand to be in a group.  I knew if I said I was a ‘label,’ I’d just want out of it.  For this reason, I couldn’t say the words witch, Wiccan, or Pagan.

This caused a lot of confusion. When people asked me about my path, sometimes, I’d say, “I worship the Goddess.”  Other times, I’d tell them the truth.  “It’s like a Zen, Celtic Faery-Wiccan Pagan goddess-worshipper, with shamanism, taoism, Vodou, Hinduism, and past-life things. But mostly, it’s intuitional spirituality.”

(Of course, I could have just said Pagan, and that would have covered it all. But, you know . . .)

I also rebelled against the term magic / magick.  It’s probably my meditation upbringing, but I always called it ‘energy work.’  Likewise, I couldn’t seem to say book of shadows without thinking about actual shadows stuffed in between the pages.  I used to worry that if I had one, shadows would fall out if I tilted the book the wrong way or carried it haphazardly.  Even the word spell just didn’t roll off my tongue.  But it wasn’t just terms that I rebelled against.

Like most intuitive witches, I already knew how to work with energy.  But perhaps this stemmed from their seemingly endless grocery shopping lists for rituals.  Perhaps this is a quality of witchy books from the 90’s . . . I don’t see that quite so much anymore.

The thing is, I’ve been very poor at times of my life.  I could barely afford food, much less exotic herbs and essential oils.  I made do with what I had.  I knew I didn’t need to purchase things to get in touch with an energy or a deity. 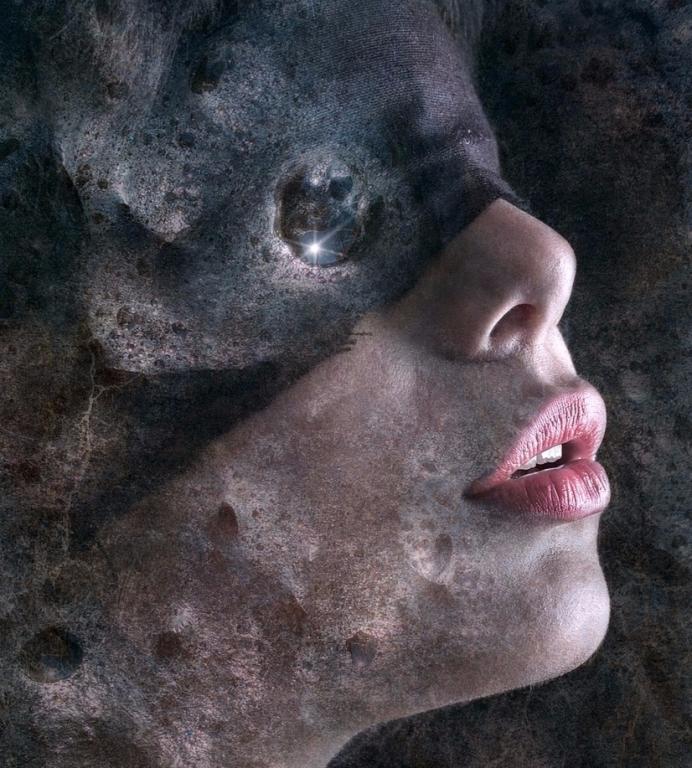 About a month ago, I watched the movie The Craft for the first time.  I know, it doesn’t make any sense.  Why did I wait so long?

When the movie came out in 1996,  I was the in the target audience.  Heck, I was an actual teenage witch at the time.  And yet, the hyper-sexualization of high-school girls infuriated me.  That, combined with Hollywood interpreting my spirituality (which was bound to be wrong, I knew) made me never want to see the movie.  I remember saying, “We’re not like that!” with clenched teeth and probably a hair flip before I stomped away.

Likewise, I boycotted television for years, so I never saw any witchy shows.  But even when I got a tv back in my house, when my muggle husband moved in eleven years ago, I never wanted to watch Buffy, Sabrina, or Charmed.  I didn’t want to be represented by Hollywood.  I knew they’d get it wrong.

I even rebelled against witchy books — it took me years to get into Harry Potter, though it came highly recommended.

What was the source of my rebellion?

After a while, I realized how unproductive my rebellion could be.  At times, I was running away from helpful people, institutions, and concepts. I started to evaluate where my rebellious energy came from and weighing its usefulness.

Maybe I don’t fit in with my peers because I live in a red/purple state and there are fewer people like me.  Maybe it’s my indignant indigo spirit, which is well known to rebel and question authority.  Who knows, it could even be growing up with well-known rebellious rock icons Nirvana.  Or, for you astrological folks out there, maybe part of the reason I’m so rebellious is because of my moon in Aquarius, the most non-conformist zodiac sign of all.

But, no matter what the source was, I knew I needed to take a deeper look at what I was rebelling against.

Rebel without a Cause?

My first big realization about the uselessness of my rebellion was my feelings about the labels witch and pagan.  I had once thought they were titles I couldn’t relate to, but I started to see the power inherent in claiming a title.  They were actually accurate descriptions for what I am and what I do.  Also, it’s a lot easier to say I’m a Pagan, as opposed to, I’m a Zen, Celtic Faery-Wiccan Pagan . . . etc.  After a while, that starts to sound like ‘one-armed, one-horned, flying purple people eater.’

After that changed (thank Goddess!), I started delving deeper to find out what else I could flip.  I figured it was possible I was sitting on a goldmine of opportunities.

I started keeping a book of shadows for a few months and realized it’s actually a helpful tool!  It commemorates my ceremonies and intention, and marks my spiritual evolution.  And bonus — nothing falls out when I move the book from the altar to the sofa!

I’ve also been starting to use the words spell and magic more lately, as they are accurate words for what I do.  Surprisingly, they do start rolling off the tongue when I talk about my spiritual work.

As far as the grocery list of items, I received a set of colored candles for my birthday and have been using them in my rituals.  Now, with a choice of candle color for my different seasonal celebrations,  I feel more connected to the ritual.  It feels more special because I’m not using the same random candle that was on my fire altar.

Once I saw that I was being a rebel without a cause, my rebelliousness died down quite a bit.  I realized there’s a wealth of knowledge that I had rejected.  I gave myself permission to start exploring it. Part of my rebellion might have actually been alienation.  I was a solitary for so long, and didn’t speak the language.  It was like being a stranger in the world I was born into and the spiritual world for which I longed.

Although I still don’t buy a big list of ingredients for my rituals, I can see the merit in doing so.  Those additional items can help you enter into a mindset.  They can help with setting intentions, especially if you’re starting to work with a deity new to you.  Aspects and symbols can tether wandering minds to the energy you want to channel.  They can make a ritual more special and heartfelt.  What’s wrong with that?  Absolutely nothing, especially if you can afford it.

I’ve been thinking, though. Maybe this reintegration of pagan concepts is easier now that I have something bigger to rebel against, namely politics.  Of course, I could also be rebelling against rebellion, but I don’t want to over-analyze it.  All I know is that it feels right to let myself explore more, and loosen those restrictive bindings.  We don’t all have to use the same words or believe the same things.  It’s just easier these days to adapt to them.

Instead of using my rebellion for self-defeating purposes, I’m learning to use it for self-betterment and empowerment.  I feel like I’ve come full circle — spiraling up in true evolution is exactly where I want to be. 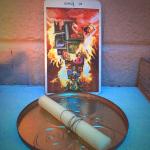 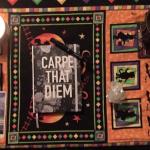 November 7, 2017 Creating New Traditions: A Solitary Book of Shadows
Recent Comments
3 Comments | Leave a Comment
"I agree with many of the Comments here, but one more thing screams out to ..."
Falkenna The Inner Goddess Controversy: We Are ..."
"I gladly identify as an eclectic pagan. I like the word eclectic, both the implications ..."
Laurie Allen Is ‘Eclectic’ An Outsider Term? Rethinking ..."
"Sounds to me like just another way of saying "You don't belong here," which is ..."
Aisling Nua Chalian The Big Pagan Umbrella Covers Witchcraft ..."
"Given the unique, tight aspects, the planets involved and what's actually been happening on Earth; ..."
naadirasahra Could The Age Of Aquarius Start ..."
Browse Our Archives
get the latest updates from
Starlight Witch
and the Patheos
Pagan
Channel
POPULAR AT PATHEOS Pagan
1