I participated in the ritual to bind Trump from doing evil, and it felt amazing.

For those anti-pagans checking out this post, don’t forget about the millions of Christians who prayed for Obama’s ‘days to be few,’ under Psalm 109:8.   It’s not dissimilar.  We’re simply praying in our own way.

This year has been a hard one.  Not only have we seen the swearing in of a racist, misogynist, anti-science, rainbow-phobic president, but we saw the election of several other extremely conservative members of congress and the illogical appointment of heads of agencies as well.  Politics lately seem to have played out like a worst-case scenario, or the beginning of the apocalypse.

It’s no wonder a group of witches has gotten together to bind Trump from doing evil. With the KKK openly marching in the streets, backlashes against the feminist demand for respect and rights to their own bodies, with the detainment or deportation of immigrants, healthcare on its deathbed, threats to trans and other LGBQs, and a president with one finger on the nuclear button and the other thumbing out a bullying tweet to North Korea… what’s a witch going to do?  Sit on their hands?

I suspect @realDonaldTrump will feel a major shift in the Force beginning around 11:59pm tonight. And so sorry he dropped 92 (!) points on the Forbes obscenely wealthy list. Sad!#BindTrump #MagicResistance pic.twitter.com/6hhEkcGAXL

All over the world, at the same time, over 30,000 witches, brujas, and pagans cast a variation of a binding spell.  It’s always at the stroke of midnight, eastern standard time, on the night when the moon is at its tiniest sliver.  It’s at the banishing phase of the moon, the get rid of it moon, the demolish and deconstruct so we can start anew moon.

This is nothing new.  It’s been happening since February 2017.

At one time, I had reservations about performing this ritual.  I’d never taken part in a binding spell.  I’m a bit of a ‘light witch,’ preferring to heal and move on rather than interfere with someone else’s energy.  But Trump has crossed so many lines.  He has torn families apart and is basically attempting to reverse civil rights achievements.  I felt I had to do this.  I needed to channel my fury and rage toward destroying Trump’s massive abuse of power.  It was time to take part in the magical resistance.

Other witches and pagans also expressed hesitancy about the binding spell, including John Beckett.  He brings up some very good points, including the simplicity of the spell and a warning for beginners, even though he mentions he supports the movement.

Other pagans and Wiccans were confused about the concept of working with ‘angels and demons’ (link below), maybe because most of us don’t believe in demons, or think they’re dark magic with a potential for chaos and harm.

Of course, there’s a simple way to go around the demons – simply don’t name them in your ritual.  You can (and should) make each ritual your own, just like a chef includes his or her own combination of ingredients to make the perfect dish.  Just because one chef uses coriander doesn’t mean you have to as well.  I left the demons out of the spell.

This spell is not for everyone.  However, if your family may be in danger of being deported, if you’re afraid he’ll interfere with your body and your reproductive rights, or if you’re afraid he’ll continue to see ‘violence on both sides’ rather than see nazis as terrorists, this spell may be for you.  Hell, if you feel any sympathy for any of those groups, or if you despise Trump for other reasons, you might want to join in.

Before beginning, I read the original open source script, which is highly suitable for solitary witches.  My version of the script is below in italics.

I performed some preparatory work, including writing Trump’s name on an ugly yellowish candle, finding the Tower card from my most powerful deck, and retrieving a spool of black thread. I wanted to do the thread-binding variation of the spell, as I didn’t want to work with a photo of Trump. As a highly sensitive witch, I can’t even look at him without feeling a little insane.

At the appointed date and time, I lit a big white candle and cast my circle with the directions, calling upon my favorite righteous warrior goddesses that I’ve worked with.

I also hailed the spirits who would aid and protect me in my work.

Hear me, oh spirits Of Water, Earth, Fire, and Air Heavenly hosts… and spirits of the ancestors

I call upon you, goddesses, protectors, and spirits, to bind Donald J. Trump, so that his malignant works may fail utterly, that he may do no harm to any human soul, nor any tree, animal, rock, stream or sea.

Bind him so that he shall not break our polity, usurp our liberty, or fill our minds with hate, confusion, fear, or despair.

And bind, too, all those who enable his wickedness, and those whose mouths speak his poisonous lies.

I beseech thee, spirits, bind all of them as with chains of iron! Bind their malicious tongues! Strike down their towers of vanity!

I could feel a well of anger rising within me.  It had been brewing for over a year.  I inverted the tower card and felt the power shifting, turning.

Bind them in chains.

I blew out the yellow candle, and imagined Trump’s power blowing out.  Then I picked up the spool of black thread and wound it around the yellow candle.  I knotted it as I repeated over and over,

I BIND THEE FROM DOING HARM.

My energy spiked, but my anger felt bound to the candle. I spoke with increasingly commanding recitations.

So MOTE it BE.

SO MOTE IT BE!

I raised my hands to the ceiling and pushed the energy out and away.  It flowed away from me like a shock wave.  When it left, I felt so exhilarated.  I had to focus on my breathing to ground.

When I felt more down-to-earth, I closed each quarter of my circle, thanking my goddesses and protectors with all my heart.

Afterward, I giggled and danced a little.  Vibrant excitement still rushed through my veins.  I never imagined I’d feel so light and happy performing what I considered to be gray magic.

But therein lies the rub.  Who cares about a little gray magic if it helps to prevent something more terrible from happening?  People always say if they had a time machine, they’d kill Hitler.  What if I told you that your magic could prevent another fascist dictator?

Our undercover witchfiltration was a great success. We now have two pieces of his hair for the next binding. Bravo, young witches! You did us proud!#BindTrump #MagicResistance pic.twitter.com/rRoF7SrZXA

Of course, voting during every election will help more. But if you believe in energy and you want to make a positive change in politics, you might want to join me and thousands of other people for the next binding ritual.

Resource page with links to dates, and a moving group ritual at the end

I can not promise that my associates won’t use this to attempt to harm Trump.  I can only speak for myself.  I will not perform any ritual to harm him.  All of my rituals are about preventing him from doing harm to others. 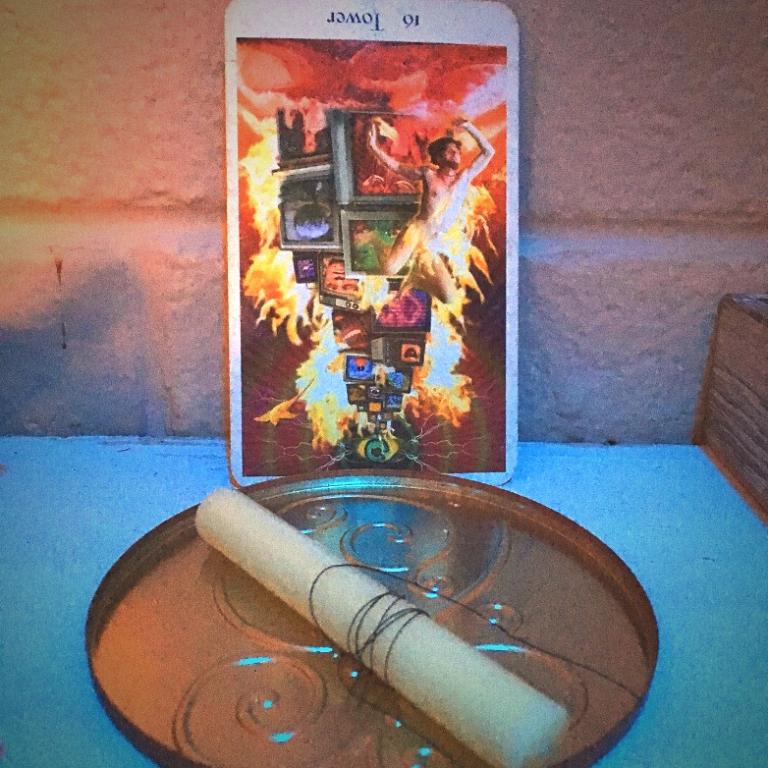 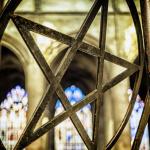 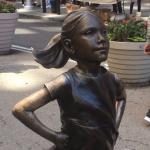 November 6, 2017 Don't Tell Me How to Be a Pagan
Recent Comments
4 Comments | Leave a Comment
"BunniHoTep thanks you!"
elffkat New Gods: The Future Of Paganism ..."
"LOL."
Mark Green 5 Reasons Why Pagans & Witches ..."
"I can't believe the author is intentionally being arrogant, but Mark, it's always important to ..."
Lloyd Hargrove Leading With Empowerment, Not Shame
"Thanks for sharing. I read one blog about Bayleaf on iahas.com they have also explained ..."
Jesse Bay Leaf Magic: Burn and Banish
Browse Our Archives
Related posts from Starlight Witch